The Force of Choice

Using the Right Level of Force 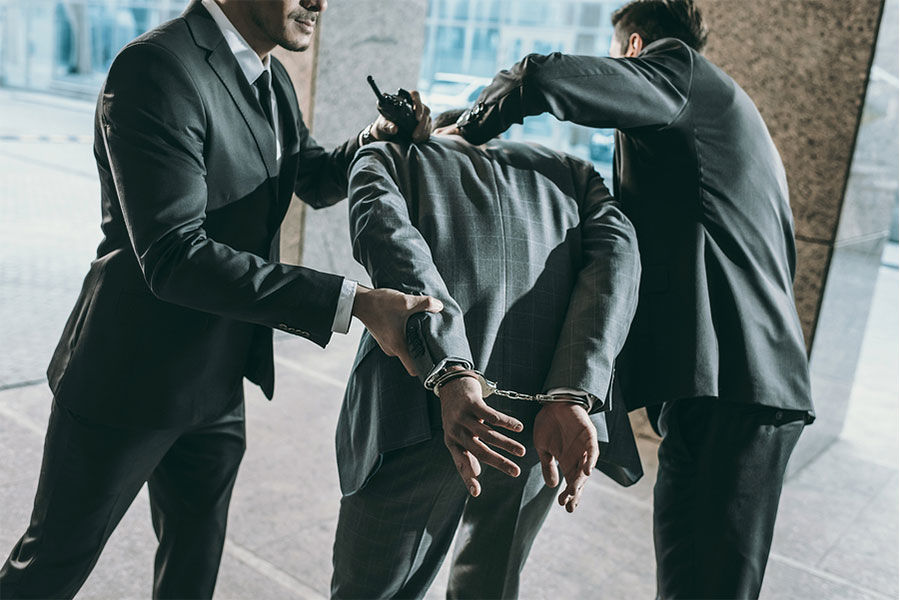 Based on the Safety Member Certification training module “Basic Use of Force Laws.”[1]

One definition of force is "energy or effort applied to achieve an objective." In other words, when dealing with people, force has a greater range than from giving a shove to using a deadly weapon. In actuality, just being seen is a kind of force if it serves the purpose. For a Church Safety Ministry, this means a full range of choices when facing potentially disruptive situations.

Fayetteville, North Carolina, December 31, 2015 - A stranger with an assault rifle entered an African-American church during the New Year's Eve service while the pastor was delivering a message. This caused anxiety, bringing to mind the shooting earlier that year in Charleston. The pastor left the pulpit, calmly approached the man, and engaged him in conversation. The man calmed down and let the pastor take his gun. Then the pastor prayed with him.[3]

Nashville, Tennessee, November 7, 2021 - During the altar call in the evening service at a Nashville church, a man came to the pulpit waving a handgun and threatening to shoot. The pastor, who had been praying with someone, tackled the gunman from behind, flooring him. Church members held him down until police arrived.[4]

Pocatello, Idaho, May 19, 2021 - On a Wednesday evening, a man entered a Pocatello church during a service. There he shouted and cursed at the leader who was preaching. An elder called police. Officers who had been seeking a man reportedly shouting and screaming for help in a nearby park responded. When they tried to get the man to leave the church, he resisted and had to be Tased. After the arrest, a search of his person found crystal meth.[5]

Goshen, Arkansas, May 1, 2017 - A man disrupted the Sunday morning service in a Goshen church. He was shouting and cursing the pastor, accusing churches and the military of conspiring to kill people. Police were called. When they arrived, the man exited the church, heading for his vehicle. He ignored orders to stop. When an officer tried to arrest him, he resisted. The officer subdued him with a Taser.[6]

Albuquerque, New Mexico, November 4, 2018 - A member of a church was talking after the service with a young man who'd been abused as a teen. They were discussing pedophile clergy, and the member told of how he and his wife helped a retired clergyman whom they later found out was a pedophile. A crowd had gathered to listen. A church employee told him to stop. The men finally went outside and continued their conversation in the parking lot. The employee followed, grabbed the member's arm, and insisted they get off the property. A parking lot guard came and pepper-sprayed the man several times in the face. He fell down, and had to be taken to the hospital for treatment.[7]

White Settlement, Texas, December 29, 2019 - After a man pulled out a sawed-off shotgun and shot two persons, a Church Security Team member downed him with one shot.[8]

In a Sheepdog Church Security Academy videocast on YouTube, Kris Moloney discusses this subject. He brings his experience with use-of-force in the military, law enforcement, and church security. Beneath the video screen (in the comments section) is a link to the Show Notes (article summary). This one-page downloadable PDF can be printed or attached to messages to share with others. The link is active for this article's Show Notes until the next videocast is posted a week later.[9]

The October 18, 2022 article, "The Critical Choice," considers the decision of whether or not to shoot.[10] The discussion in this article is broader: choosing the level of force. In many situations, resolving the problem with a lower level of force avoids having to choose whether to shoot. To put it another way, we make a conscious effort to keep situations from escalating to that level.

For the benefit of new readers, we'll briefly present the continuum of force. Then we'll discuss choosing what level of force to use.

The Continuum of Force

The Continuum of Force was formulated by the U.S. Department of Justice to describe force and how it is used by law enforcement and security personnel. This has been used to address use-of-force incidents and determine whether an incident involved excessive force. From this, programs have been (and are being) developed to educate existing and future law enforcement offices on the use of force. The goal is to prevent the use of excessive force by using force more effectively. If a situation can be resolved with a low level of force, then higher levels are not needed.

A continuum is a line which gradually changes from one end to the other. We usually understand it as a series of points, degrees of change. That's how it is with the Continuum of Force. It is described as five levels of force, which can be represented as colors from violet to red. The actual intensity of the force increases within each level. Take, for instance, the middle level, Empty-Handed Control. This can be as low as a light touch or as high as an all-out slugfest-wrestling match.

The Five Levels of Force

Many times, just the observable presence of an authority figure deters misbehavior. Take for instance a police car in traffic or sitting by the road. Drivers instinctively slow down. Then there's the thief by the coat rack who notices a security guard watching him and moves on without touching a single coat pocket. This is one reason for most members of a Church Safety Team to be readily identifiable, even when some are incognito.

Proverbs 15:1 says, "A soft answer turneth away wrath: but grievous [hurtful] words stir up anger." We can use words to keep a tense situation from escalating, or even to cool it down. This is the purpose of verbal de-escalation, which is the subject of the training module "Deescalating Disruptive Persons."[11]

Anymore, we need to be careful about how and when we touch people. However, there are times we do need to put hands on a person to prevent or stop a violent move. We should know moves for control of unruly persons and for self-defense and be trained in these skills.

Any object used by one person against another, even a pencil, is considered a weapon. Some weapons once considered non-lethal, such as pepper spray, are now classified as less-lethal or less-than-lethal, because lethality depends on how they are used. For instance, a long shoestring can be a lethal weapon if used to strangle someone.

The less-lethal weapons most commonly used in church safety are pepper spray, tear gas spray, and conductive charge devices (stun guns and Tasers). Less common in churches are batons. Many jurisdictions regulate how these weapons are used, so check state and local laws before arming yourself. Having a less-lethal weapon provides you with a non-lethal option for meeting less-than-lethal force. One less-than-lethal weapon recently developed is the Bola Wrap. However, it is currently sold only to law enforcement agencies.

Less-lethal weapons have been misused in churches. At the church in Albuquerque, it would have been better to call police to remove the persons. Pepper spray should have been reserved for a violent suspect. First, it opened the church up to a potential lawsuit. Then it created a bad press for the church and drew more attention to the topic of the conversation the employee was trying to silence.

Devices lethal by design that are used in churches include firearms and edged weapons.

A knife, while handy for defense, is usually a tool for non-threatening tasks, such as cutting cords, straps, and ropes and opening boxes.

Firearms are the most deadly for two reasons. They can be used at a distance, and they can cause significant bodily damage in less than a second. For this reason, convicted felons are prohibited from having them in most states.

Using a firearm effectively and safely requires training and practice. Its use also carries legal liability, both criminal and civil. A Church Safety Ministry should have policies and guidelines for members who carry firearms.

When faced with a disruptive situation, the preferred choice is using the lowest level of force necessary to restore or maintain order. Church Safety Team members need to learn how to use the lower levels of force to avoid, when possible, having to use higher levels. Don't be like the man in Montgomery County, Pennsylvania who used a gun to settle the dispute over a seat.[12]

We need to be able to use whatever force is needed, but avoid using excessive force. In a disruptive situation, the force of choice should be the lowest level necessary.

"Basic Use of Force Laws" is the fifth of eight training modules in Sheepdog Church Security's Safety Member Certification program. All members of each Church Safety Team are urged to become trained and certified through this program. A student who has taken each class and passed its certification test will be a Certified Safety Member for two years.

Over 4,000 persons have already been trained and certified, and over 700 are currently enrolled.

Team Certification is the best option when starting a new Safety Team. All the team can be trained at once with the advantages of in-person classes - interaction with other students, asking questions, role playing, and practice sessions.

Individual Certification has the advantage of flexibility. A new member of an existing team does not have to wait months - or more than a year - for the next round of classes. Also, if a student has to miss a class in person, that module can be taken online.

Online Events are for both teams and individuals. The 2022-2023 school year has four quarters. There are two classes left in Quarter 2. However, a student who enrolls now can attend classes until all have been taken. The next class, on January 13, is "Storms and Disasters." The next session of "Basic Use of Force Laws," the module related to this article, is on February 26.[1]

Another training resource is the Church Security Guide. It has nine articles. The seventh one is "Self Defense Laws, Your Rights and Use of Force."[13][14]