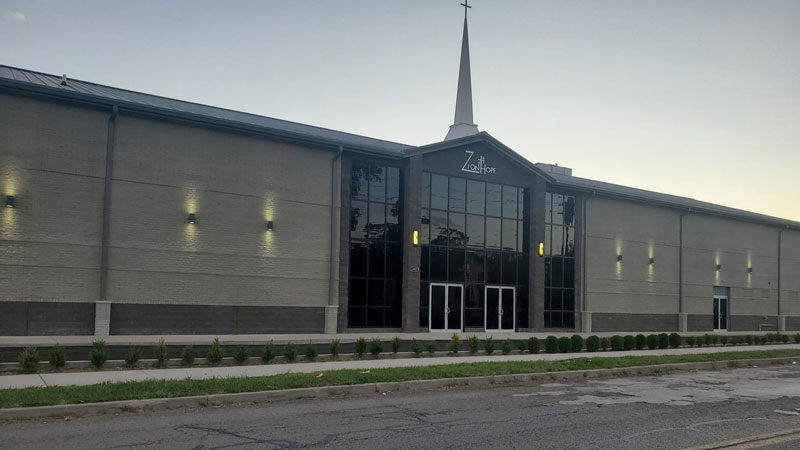 They do not defend the rights of the needy (Jeremiah 5:28).

And the men of Gibeon sent to Joshua at the camp in Gilgal, saying, “Do not relax your hand from your servants. Come up to us quickly and save us and help us (Joshua 10:6).

There are many mass killings, including those in churches, where we can only guess at the motive of the killers. They left no conversations, notes, or online postings revealing their intent and indicating or naming their targets. This is especially true when the assailant died, killed by a defender, the police, or (as is often the case) by himself or herself. However, sometimes there are motives, stated or unstated, which are clear. One of these is domestic violence.

As we consider the lessons learned from church shooting incidents, we should keep in mind that Church Safety Team members need training in how to respond, and those who are armed need training and certification in the use of their weapons.

The downloadable free resource for this month is the Use of Force Training Record. Click *HERE* to get it. This PDF has a page of information about the use of force. The next page is the template for the training record in six subjects: Firearm Qualification, Tactical Shoot, Drills and Exercise, Unarmed Control, Use of Force Laws, and Verbal De-escalation.[1]

Actual training in the use of force is in the Sheepdog Church Security training course Basic Use of Force Laws v4. It is available as materials for classroom instruction or as individual training online.[2]

Additional training is available through our Certified Onsite Trainers.[3] These trainers conduct SDCS training classes in churches. They also train in other subjects, such as weapons use, especially firearms and pepper spray.

On Sunday morning, February 26, 2006, a young man in his early-to-mid 20s, walked into Zion Hope Missionary Baptist Church in Detroit during the service, looking for Jamika, his 19-year-old girlfriend and the mother of his child, who had recently left him.

The young man went to the balcony, where he knew her mother, Rosa Williams, would be. Sitting down next to her, he asked where Jamika was. “She ain’t here,” was the reply.

“Where is she?” he asked. Rosa refused to tell him.

The young man left then came back. He pulled a short shotgun out from his coat and shot Rosa, killing her; a pellet hit the hand of her niece, who was sitting next to her. He also shot and wounded Rosa’s sister then fired toward the platform, hitting only a music instrument, before leaving the building.

On the street the young man tried to hijack a car driven by a woman. Her husband came to her defense and was shot. He died the next day.

It was 5½ hours later that police found the shooter. He ran to the other side of a building. The police heard a loud boom. They found him dead with a self-inflicted big hole in his chest.

Other than his name, race, gender, and age (22 or 24, depending on the source), there is little known about the killer. We do know that he was an abusive person with poor control of his anger. The reason Jamika had left him was that he’d “viciously” abused her. According to a Detroit paper, responding police officers did not arrest him. She filed for a restraining order, and he countersued.[13] It was not long after this he went to Zion Hope hoping to find her.

No mention was made in news stories about the shooter’s employment status or the kind of he work did. This leaves an as-yet-unconfirmed impression that he was long-term unemployed, perhaps unemployable. Neither was there any mention of a criminal history, drug or alcohol abuse, or mental illness.

This is not because of culture, race, or religion. Domestic abuse occurs among members of every race and nationality, of every religion and sect, regardless of political ideology, economic status, or social class. It has more to do with the sinful human nature.

When God confronted Adam and Eve in the Garden after their disobedience, He said to Eve, “Your desire shall be contrary to your husband, but he shall rule over you” (Genesis 3:16 ESV). The first couple’s sin led to the struggle for dominance in relationships, and the closest human relationship is between husband and wife (and between boyfriend and girlfriend in today’s American society). When people have not learned to control their impulse to dominate, the results can be literally murderous. Bryan Pacheco of Safe Horizon (an agency serving victims of abuse and crime) says, “Domestic violence is about power and control.”[15]

We should expect this to be addressed in our churches. After all, our Bible teaches us to have unconditional love (agape [a-GAH-pay]) for each other. St. Paul wrote that we should be “submitting to one another out of reverence for Christ” (Ephesians 5:21). A few verses later, he said, “Wives, submit to your own husbands, as to the Lord” and “Husbands, love your wives, as Christ loved the church and gave himself up for her” (Ephesians 5:22, 25). In other words, don’t try to dominate your spouse. Later, Peter said, “Likewise, husbands, live with your wives in an understanding way, showing honor to the woman as the weaker vessel, since they are heirs with you of the grace of life, so that your prayers may not be hindered” (1 Peter 3:7). Instead of anger and insistence on one’s own way, we should show understanding.

Why go into all of this? Because not all in the church community are Christians, and even Christians have struggles in this area. When a member of a family in the church is in an intimate relationship with a domineering person who does not have control over anger, the problems can come to church.

A 2017 article in Christianity Today is “A Top Reason for Church Shootings: Domestic Abuse.” This was published just two days after church shootings almost 2,000 miles apart, both spillovers of domestic violence. In fact, very few attacks on places of worship are religiously motivated – although some are. Vying for the top reason are mental illness and domestic abuse. In the article, Kate Shellnutt points out that domestic violence does not always stay at home. It often spills over into the community, including churches.[16]

Lesson Learned: Be Proactive and Be Ready to Respond

Since domestic violence does come to church, we need to be proactively compassionate, hopefully bringing peace to a home, but be ready to respond to it.

Solomon wrote, “Know well the condition of your flocks, and give attention to your herds” (Proverbs 27:23). Church leaders and the Church Safety Ministry need to be aware of the situations those in the congregation face at home. For a church leader (deacon, elder, pastor, bishop), this means a person someone with personal problems can confide in. You can’t help them if you know nothing. In the case at Zion Hope, we do not know what the pastor knew.

Work with those who face abuse at home. Listen to them. Counsel an abuser (and the couple) to address core issues. This is no guarantee that it will work out fine, but you gave them a chance. At the least, you’ll have an indication that trouble is coming your way.

Threat assessment is a key part of this process. If someone in the church community is being abused at home (as was Jamika Williams), and you know it, quietly prepare to protect the congregation from the abuser.

The Worship Security Association (WSA) has videos on many topics, including “Understanding Suspicious Behavior”[4] You can access this and many more through Sheepdog Church Security’s affiliation with WSA.[5]

Challenging someone intent on injuring or killing someone in your church has legal risks. After a use-of-force incident, a Church Safety Team member may need a lawyer, and need him soon. If the team member is a member of U.S. LawShield, an attorney is just a call away. You can join U.S. LawShield through Sheepdog Church Security’s affiliation.[6]

When a member of our church community suffers domestic violence, that violence may look for them at church. Be aware of these situations and be ready to respond if need be.

The other three articles for July are “When You Need Cover” (Legal Defense for Self-Defense), “Legality and Lethality” (Weapon Types and Laws), and “Qualified User” (Training and Certification).