Recognizing the Risk - Seeing the Need for Verbal De-escalation 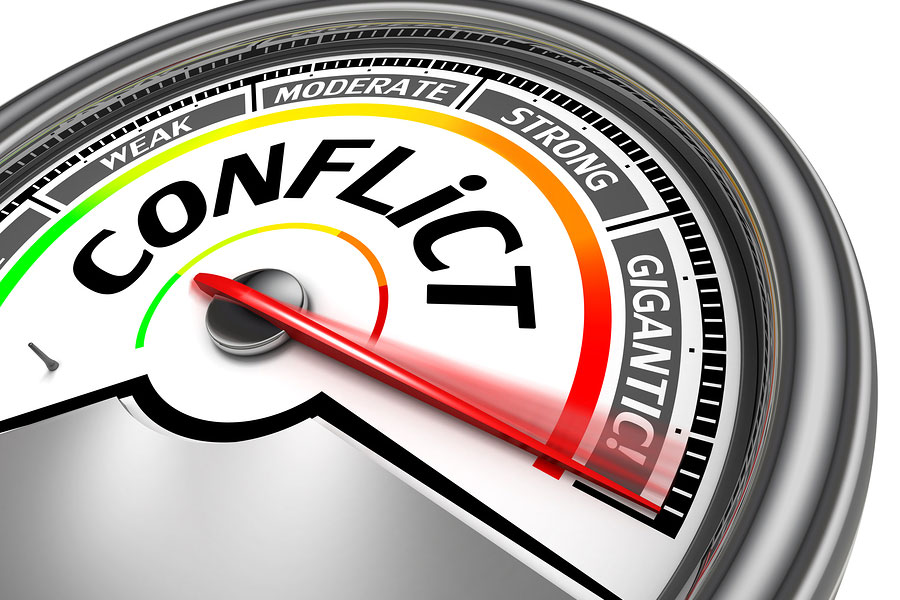 Be sober-minded; be watchful. Your adversary the devil prowls around like a roaring lion, seeking someone to devour. ~ 1 Peter 5:8

The prudent sees danger and hides himself, but the simple go on and suffer for it. ~ Proverbs 22:3 and 27:12

Red is the color of Valentine's Day - red hearts, red cards, red ribbons, red roses. Red - the color of love. But on two notorious days in the USA, red was for bloodshed.

Chicago, February 14, 1929 - It became known as the St. Valentine's Day Massacre. Men masquerading as police broke into a storage building, lined six members of a gang plus a visitor against a wall, and gunned them down in a hail of 90 bullets. The assailants were sent by the boss of another gang.[7]

Parkland, Florida, February 14, 2018 - 89 years after the Valentine's Day Massacre in Chicago, a 19-year old former student entered the high school from which he had been expelled. Using the fire alarm to bring students into the halls, he opened fire with an AR-15, killing 17, 10 more victims than in the 1929 gangland gunning.[8]

There was no way authorities could know the plans of Al Capone in 1929, and he committed the murders by proxy. However, there were several red flags for the Florida shooter, which would have stopped the tragedy if they had been acted on.

In 2017, the student had a history of behavior which had labeled him as a risk to the school. Sheriff's deputies and Department of Children & Families personnel had responded to calls or interviewed the Florida shooter many times.[9] On January 5, 2018, someone close to the young man had called the FBI hotline in D.C. with detailed information which should have been relayed to the Miami office, but never was.[10]

In short, many red flags were missed, not acted on, and 17 people died. Florida did not have a Red Flag Law,[11] which allows certain persons close to or associated with a person at risk to request the temporary impoundment of that person's firearms when they are judged to be a threat to themselves or others. As of the time of this writing, only five states have a Red Flag Law: California, Connecticut, Indiana, Oregon, and Washington.

Threat and Risk of Violence Assessments

When planning for the safety and security of an organization, institution, or business, all potential risks are considered and rated for their likelihood (How likely is this to happen within a certain timeframe?), potentiality (What is the potential that this may happen sometime in the future?), and severity (How bad could this be?) of the risks. That is the role of risk assessment as part of a Church Security Assessment.[6]

The likelihood of an active killer incident has increased over the past 20 years, and so has the severity. The likelihood of non-lethal violent disruption has always been higher than lethal violence, and that is also growing. There are a number of reasons for this, most of them related to changes in our society, such as loss of civility, absent father, more widespread drug use, and lowered moral standards.

Churches are not immune to risks of violence at any level, from shoving incidents to mass killings. This has at root the same causes named above of violence in society in general. Other factors are growing irreverence and the decline of respect for places of worship.

Let's face it - We as a church are ministering in a society with persons at risk, and some of them are in our church.

Some persons may act out offense to a church's views on social issues, but more often the risks are personal in nature. The Online Church Security Guide[4] chapter Disruptive Persons and Verbal Deescalation for Churches[5] has a section - "Prevention" - which describes a threat assessment team and its role in protecting the church from violent disruption.

By confidentially* sharing what they know about members, regular attendees and visitors, and persons in the neighborhood and the community at large, persons of risk are identified. This is the security side of the discussion. Red flags are identified, and courses of action are considered.

[*Why confidentially? The purpose of the assessment is not to feed gossip, but to help and protect people. If we fuel gossip, sources of information may close up, leaving us in the dark.]

Case in point: In Sutherland Springs, Texas, the son-in-law of one of the members should have been a known risk, especially with a history of domestic violence and threats made to his mother-in-law. This was a very sad outcome of red flags missed, not acted on.

Six weeks before that, a former member came into a church in Antioch, Tennessee, shooting. How much they knew about his life the previous year, we do not know, but if they had known, there would have been red flags.

Not everyone is prone to extreme violence. This disruption could be much less violent, but it would be disruptive and potentially injurious to someone, even if only to the persons themselves. By identifying persons at risk, pastoral staff and safety team members would be watchful, ready to intervene if necessary, using verbal de-escalation.

This is the ministerial side of threat assessment, seeing potential threats not only as persons of risk, but also as persons at risk. Verbal de-escalation not only prevents disruption or helps the persons to back down from their outrage, it can be the means of ministering to them, restoring reason and getting them to accept counseling and mediation.

Those on the Threat Assessment Team consider a number of things when evaluating the risk level of a person These fall into six categories[5]:

Sometimes the warning signs will call for notifying legal authorities, especially if a person is making threats of bodily harm to someone. Answers to the following questions from the Security Guide chapter were all "yes" in the case of the Florida school shooter:

Other questions are asked about threatening behavior and intimidating behavior, as well as personal stress (family problems, job loss, obsessions, substance abuse), and personality traits leading toward disruption (suspiciousness, entitlement attitude, rejection of help, no concern for others, etc.).

Finally, changes in mood and behavior are noted. Often, these are the triggering red flags, as they should have been for the Antioch shooter. Here the person changed in the few years since leaving the congregation. Apparently, those in the church did not know about the changes - they were out of touch. In this case, if someone in the church still had contact with him, there may have been an opportunity to reach out - you could call it "off-site verbal de-escalation." At the least, perhaps they could have taken precautions at the church.

Pastoral staff, greeters, ushers, and safety team members see the people coming into the church. We see them standing, walking, talking. As we watch, do we recognize signs that may lead to disruption? There are several, such as agitation, irritability, fidgeting, appearing to be hiding something, etc. Two people may be in a heated argument. Someone may have stormed out - will he or she return disruptively?

We may know that Mr. and Mrs. Walker are separated and their children are in our nursery and Sunday School. We may know Joe Smith was laid off three months ago and is having a hard time looking for work. If the signs are there, we should be ready to step over to Mr. Walker or Joe Smith and begin a friendly conversation with the goal of preventing a disruption.

The next article deals with the How of verbal de-escalation.