Wolves among the Lambs 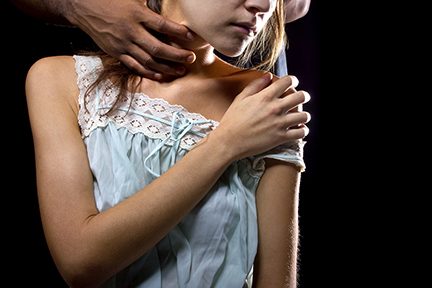 Abuse in churches is in the news more often than it was a generation ago. Maybe it’s more prevalent, but on the other hand, it’s now more likely to be publicly reported. This parallels the Me Too movement of reporting sexual harassment in schools, businesses, and government. Watchfulness is the key to both preventing and detecting abuse.

The Bible speaks of wolves, lions, and bears attacking sheep. As David recounted, the victims were often lambs, because they were weaker than adult sheep and could not defend themselves as a ram could. Likewise, there are sexual predators who prey upon our lambs – children.

“Beware of false prophets, who come to you in sheep's clothing but inwardly are ravenous wolves" (Matthew 7:15).

“I know that after my departure fierce wolves will come in among you, not sparing the flock” (Acts 20:29).

But David said to Saul, “Your servant used to keep sheep for his father. And when there came a lion, or a bear, and took a lamb from the flock, I went after him and struck him and delivered it out of his mouth" (1 Samuel 17:34).

He who is a hired hand and not a shepherd, who does not own the sheep, sees the wolf coming and leaves the sheep and flees, and the wolf snatches them and scatters them (John 10:12).

“It would be better for him if a millstone were hung around his neck and he were cast into the sea than that he should cause one of these little ones to sin” (Luke 17:2; See also Matthew 18:6 and Mark 9:42).

Our focus in these news stories is how the abuse was discovered or how it could have been prevented.

Mathews County, Virginia, June 10, 2018 - A 15-year-old boy who was a special needs student at school was molested by a volunteer from church. The next day he told his teacher, who called the sheriff's office. Investigators found incriminating DNA from the suspect. When the case went to court, the senior pastor at the church asked the boy to recant his allegations, because years earlier he had recanted another allegation. However, forensic evidence upheld the boy's testimony in this case. [2] Sleep medications were reportedly used to facilitate the assault.[3]

Indianapolis, Indiana, 2017 - The youth leader of an Indianapolis church cultivated a relationship with a girl, age 14. He had at least 15 sexual encounters with her in various places, including the church office. The youth leader was already a registered sex offender.[4]

Martinsburg, West Virginia, 2005-2012 - A teen boy whose family has influence in a certain denomination babysat preschool children for spending money. It turned out that he was molesting children he took care of. A mother noticed changes in her sons' moods and behavior. Then the sons told her of the molestation. This was reported to local authorities. Other cases were reported. The boy was charged and the denomination was sued.[5]

Menlo Park, California, July 2018 to July 2020 - The pastor of a church found out that one of his sons was attracted to children. The boy told his father that he did not act on his attraction, so for almost 1½ years the pastor-father let him work with children as a volunteer and told no one about his son's attractions. Then the son told his brother, who told the church elders.

The elders hired a lawyer to investigate, but the lawyer was not experienced in sexual abuse cases, so the investigation was ineffective. Finally, the elders asked the pastor to leave, but not until the story became public.[6]

Somerset, Pennsylvania, July 29, 2011 - Two years into his pastorate, the pastor was told by a woman that she had been sexually abused by the previous pastor - his father. He reported it. Then they found out that many others were victims. His father confessed and is serving time in prison. Now the pastor also has a ministry of recognizing and preventing sexual abuse.[7][8]

This month's free downloadable special resource from Sheepdog Church Security is "A Code to Live by: A Childcare Giver's Code of Conduct for Your Church's Safety Ministry."[9] To get it click *HERE* and you will also be subscribed to our weekly email updates and the monthly newsletter The Church Guardian. Find more information on Child Protection in the Church Security Guide.[10] We also have a training course, Protecting Children from Abuse [1]

Watching out for Child Abuse

The Bible describes civil and religious leaders as watchmen (Ezekiel 33) and shepherds (Jeremiah 3:15; 10:21; 23:1), and Job made a reference to his sheepdogs (Job 30:1). They are charged with leading and protecting the people, alert to danger and ready to warn and defend. When it comes to protecting children, youth, and vulnerable adults from all kinds of abuse, "shepherds" and "sheepdogs" are very appropriate terms.

A shepherd checking his sheep coming into the fold will see injuries and treat them. In the field, a shepherd is alert to all kind of dangers, leading his sheep to safe pastures. He keeps an eye out for predators. The slightest hint, such as the howl of a wolf, bear tracks, or a tuft of lion's fur on a thorn bush, will raise the shepherd's awareness to Level Orange (specific threat identified). Whatever the defensive weapon is - sling, bow, club, knife - it is close at hand, ready to use.

So it is with shepherds and sheepdogs in the church. We guard against threats to the flock that have two legs, not four. As Jesus and Paul said, some of the wolves may themselves be shepherds (Matt. 7:15 and Acts 20:29). We must watch the gate, watch the shepherds, and watch the flock.

Jesus said, "I am the door of the sheep" (John 10:7). This figure of speech draws on the habits of shepherds in that day. They built enclosures in the areas where they pastured the sheep. Where caves were common, a stone wall would be built across the entrance leaving only a narrow doorway.

Before sunset, the shepherd led the flock to the enclosure and let them enter one-by-one, counting them as they passed and checking for burrs, cuts, limping, etc. When they were all accounted for, the shepherd would lie down in the opening - he himself was the door or gate to the sheep. Anyone coming in would first have to deal with him.

A fire was lit in front of the entrance to discourage wild animals. A thief would be seen by the shepherd, who could keep the intruder out.

In the Indianapolis church[3], the shepherd (Pastor) let the wolf (sexual predator) in where he preyed on one of the lambs. He was already a registered sex offender. If the pastor had done a background check, he would have found this out and would have had a reason to not let the man have access to youths and children. Since the registration was in a nearby county, a search of the local sex offender list should have had his name.

For us that means we should check out the background of every person volunteering to work with children and youth. Also, if we are informed that a certain person coming into the church has a problem with children, we should check it out to see if that is so. If it is, the person may have to be kept out of services and meetings where children are present.[8]

Unfaithful shepherds are mentioned in both the Old Testament and the New Testament. Paul told the Ephesian elders that the wolves will come "from among your own selves" (Acts 20:30). Most of us know of persons raised in the church who became (or proved to be) unfaithful.

Apparently, the sexual assault in Mathews County was the first on the youth pastor's record.[2] Many churches and denominations have had to deal with wolves within the fold. The question is, "How do we keep someone with that problem from going that far?"

We don't mean to be overbearing, but we must have safeguards and accountability in place. This begins with screening applicants. Not everything shows up on police and court records. In fact, once someone begins acting on their sexual attractions for youth, children, and vulnerable adults, several persons may become victims before this is reported. In other words, the first reported offense is likely to not be the first actual offense.

Safeguards begin with good child protection polices and established procedures. One procedure is having each staff member and volunteer sign the Childcare Giver's Code of Conduct.[9] Other safeguards are the rule of two, visibility, monitoring, and limiting personal access time with the children.

The shepherd watches for signs of injury and illness in the sheep. In the Psalms, David refers to a shepherd treating wounds with oil and broken bones with splints. In the church, pastors, childcare staff and volunteers, and Safety Ministry persons need to be aware of the physical and emotional health of children and youth. There are several signs which may indicate some kind of abuse.

Before we get into the signs themselves, let's look at the kinds of abuse.

This breaks down into four kinds of abuse:

What are the Signs of Abuse?

How do we recognize child abuse? There are several signs which may indicate child abuse. However, most of these are not stand-alone signs (note that the child disclosing mistreatment is a stand-alone sign). Usually it takes a number of signs together to reasonably suspect abuse, since any one of them alone may have another cause. To use a current parallel, you don't want to be pushed into quarantine for Covid-19 because an allergy caused you to sneeze.

The Child Welfare Information Gateway has a list of signs of child abuse. These signs are in the child, in the parent (or caregiver), and in both parent and child (not all of them can be seen at church):

What we do when we suspect child abuse is covered in another article. However, here we will say that when abuse is reasonably suspected or certainly known, it must be reported.

Abuse is more common in churches than most of us know, especially sexual abuse of children and youth. In biblical language, there are wolves among the lambs. We, as the sheepdogs, must do what we can to protect our lambs from the wolves.

This is one of three articles on protecting children and vulnerable adults: The other two are "We Resolve" (to Serve the Least) and "With Our Wings" (How to Protect the Vulnerable). The final article in January focuses on an active shooter incident.