Why start a Safety Ministry? 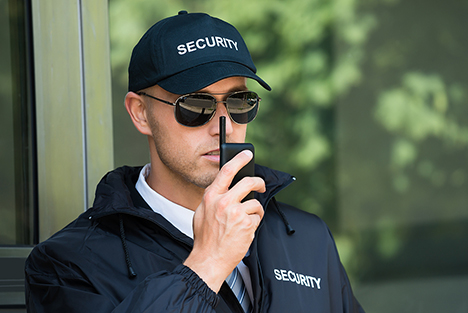 This article series is based on the Sheepdog Church Security resource, Steps to Start a Safety Ministry.[1] You may want to get this free download before reading the article. It includes a 28-page Do-It-Yourself Security Assessment. This will help you add layers of safety and security to your church. To get it, Click Here.

But when you go over the Jordan ... he gives you rest from all your enemies around, so that you live in safety (Deuteronomy 12:10).

And Judah and Israel lived in safety, from Dan even to Beersheba, every man under his vine and under his fig tree, all the days of Solomon (1 Kings 4:25).

But now for a brief moment favor has been shown by the Lord our God, to leave us a remnant and to give us a secure hold within his holy place (Ezra 9:8a).

The prudent sees danger and hides himself, but the simple go on and suffer for it (Proverbs 22:3 and 27:12).

But Saul, still breathing threats and murder against the disciples of the Lord, went to the high priest (Acts 9:1).

Middletown, Ohio, January 22, 2017 - Sunday morning services in a Middletown church were canceled for January 22. The church building had been severely damaged by fire. During the night, a teen had broken into the church, stolen about $1,000, and set a fire. Earlier in the night he had vandalized a business and a number of vehicles. While repairs were being made, services were held at another location. However, the daycare center remained closed, affecting about 45 children.[2][3]

Burlington County, New Jersey, February 11, 2020 - A volunteer working as the financial secretary for a church was arrested on charges related to embezzlement. Over a five-year period, this person had stolen over half-a-million dollars from the church for personal use, especially online purchases. This included setting up fraudulent accounts. The pastor was asked how this could happen. He replied, "We put our trust in other people as well as in God, and sometimes that trust is misplaced … it is very hurtful for the entire congregation."[4]

Middle Tennessee, March 2-3, 2020 - Several tornadoes landed in Middle Tennessee, including the 6th costliest tornado in the U.S. There were 24 deaths and many more injuries. Several churches and Christian schools were severely damaged, especially in northern Nashville and in Cookesville.[5]

Norristown, Pennsylvania, February 20 to March 17, 2020 - Numerous churches in counties and cities in the Philadelphia area were burglarized. In late June, two men were arrested and charged with most of these break-ins. Some of the churches had surveillance cameras, and their images led to identification of the suspects.[6]

Nationwide, 2014-2018 - According to crime statistics collected by the FBI, hate crimes against religious institutions and places of worship rose by 35% from 2014 to 2018. Jewish synagogues, Christian churches and Muslim mosques were targeted. These include incidents in which four or more persons were killed. Also noted in the report were arrests made for planned attacks. The authors of the article noted that places of worship are attacked because that is where to find members of target faith groups.[7]

To get our special resource for this month, Practical Steps to Start a Safety Ministry and a DIY Security Assessment[1] Click Here. By signing up for the download, you will subscribe to future articles by email. That way you will not miss out on future information. Also see Kris's videocast, Steps to Starting a Safety Ministry.[8]

Why Start a Church Safety Ministry?

The Need to Protect the Church

There are many threats to us as individuals and to society in general. No matter how much we'd like to think that the church is a sanctuary from the "slings and arrows" of this world, the evidence is compelling that religious communities are not exempt, not even our church. A few generations ago, many criminals hesitated to rob churches since they were "holy places." They had enough fear of God to fear the consequences of violating the holy. Now a large portion of our population is "fearing impaired" and not hesitant to victimize places and people of faith.

Crime - from within and without - is not the only threat to your congregation and its members and guests. Natural and human-caused disasters are other hazards we face. Add to this other threats, such as fire, leaks, structural failure, traffic accidents, and medical emergencies. Now we are the midst of another threat - widespread infectious disease on a greater scale and for a longer time than annual flu seasons. If anything, churches are more aware of the need to guard against threats than they were when our grandparents grew up.

Arson - The church in Middletown[2][3] was first burglarized, then torched. This was done in the dead of night. The first anyone knew that not all was right was when flames were seen. Many times, a burglar uses arson to cover his tracks. How can we detect a burglar before he sets a fire?

Burglary - Jesus said, "thieves break through and steal" (Matthew 6:19 KJV). In the Philadelphia area, two men broke into many churches.[6] They saw churches as easy targets; most entries were through windows close to the ground. Many kinds of items were taken, then sold, some online. How can we make it harder for a thief to break in? How can we detect them if they do?

Violence - Violence ranges from a heated shove to massive deadly force. Statistics show the latter on the rise, with worshipers more frequently as targets.[7] How can we avert or neutralize violence?

Natural Disasters - The tornadoes in Tennessee a few months ago damaged or destroyed many churches.[5] They were in the wee hours of a Tuesday morning when the buildings were unoccupied. What if they came Sunday morning during services, or during mid-week meetings or weekday activities? Could they have protected their people?

Throughout the year, this page has featured many news stories in which people have been protected by volunteers trained are soundly trained, beginning with the fundamentals, as in the Sheepdog Church Security training course "Security Team Fundamentals."[9]

There are many risks churches face today, including an increase in deadly violence. The role of a Church Safety Ministry is to protect the church, its members, and its guests. Sheepdog Church Security is here to help you with "Practical Steps to Start a Safety Ministry."[1]

There are five articles in this series. The other four are "Of a Like Mind" (Bringing a Team Together), "The First Moves" (Get Easy Wins), "How Secure Are We?" (Conduct a Church Security Assessment), and "'Gentlemen, This Is a Football'" (Security Team Fundamentals).