They Have You Covered 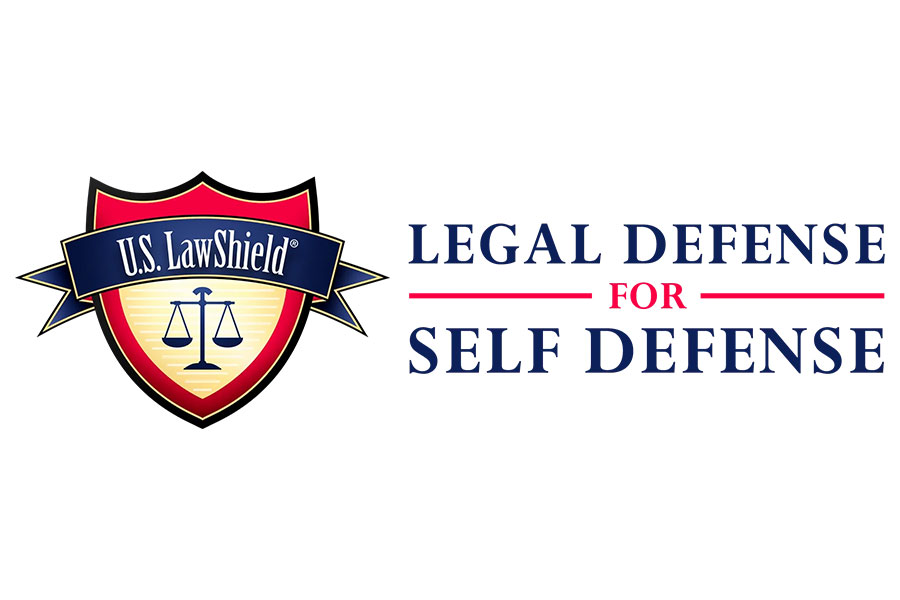 When Jesus had lifted up himself, and saw none but the woman, he said unto her, “Woman, where are those thine accusers? Hath no man condemned thee?” (John 8:10)
* Note: The woman brought before Jesus did not have an attorney. Evidently, even though she was accused of a capital offense, she did not have a trial. Today, an attorney would insist on a fair trial.

[Festus told Agrippa,] “To whom I answered, ‘It is not the manner of the Romans to deliver any man to die, before that he which is accused have the accusers face to face, and have license to answer for himself concerning the crime laid against him’” (Acts 25:16).
* Note: Due process was a feature of Roman law, at least for citizens.

My little children, I am writing these things to you so that you may not sin. But if anyone does sin, we have an advocate with the Father, Jesus Christ the righteous (1 John 2:1).
* Paul and John say that Jesus is our advocate (attorney) before God’s throne.

There may be a time when you need a lawyer.

Scenario 1: You are doing what you have to do. Someone gets in the way and is accidentally injured. A third person says to you, "I hope you have a lawyer."

Scenario 2: You're in the foyer during the Sunday morning service. A frequent visitor comes in visibly upset. He goes to another person, talks sharply to him, pulls out a knife and threatens him. You pull out your concealed gun and tell the visitor to drop the knife. When he does, you have him sit down and stay there. Meanwhile, someone has called 911, and police are on the way. Someone else tells you, "You'd better have an attorney.";

Whether it's an accident with injury or you have to use force and/or make a citizen's arrest, you may face civil or criminal charges. In that kind of a situation, you need an attorney. Use of force with a weapon will involve law enforcement almost immediately. When you need a lawyer will be - as the saying goes - "now if not sooner.";

Battle Creek, Michigan, January 26, 2022 - The Calhoun County Prosecutor decided to not charge a private security guard with second degree murder. On November 24, the guard was removing unruly patrons from a nightclub/bar after a fight started. Some of them attacked the guard. One of them held him on the floor, beating him after kicking him in the head. The guard, fearing for his life and suffering a concussion, pulled out and fired his conceal-carry weapon. The prosecutor cited Michigan's Stand Your Ground law in counting this justifiable homicide.[2];

* This was not in a church, but it illustrates the legal consequences for use-of-force, especially with a weapon.;

Chesapeake, Virginia, February 16, 2017 - A 60-year-old Chinese immigrant (who spoke little English) was playing Pokemon Go. He was shot and killed by a security guard in the parking lot of a community center on January 26. The guard fired several rounds into the man's van when he tried to leave.;

According to the security contract, the guard should have been unarmed. This guard also had a history of aggression. Thousands of people from the community, the state, and the nation signed petitions demanding that the guard be charged. On February 16, he was charged with murder and was convicted and sentenced. The victim's family is suing him and the security agency.[3][4];

Fort Worth, Texas, September 28, 2020 - A Tarrant County grand jury decided to not indict Jack Wilson, the head of a church security team who shot and killed an active shooter who had already fatally shot two church members. They said the shooting was fully justified as defense of others. Wilson is a member of U.S. LawShield. An attorney arrived at the church while local, state, and federal law enforcement officers were still there.[5][6];

In a podcast and a videocast covering this article, Kris applies his experience and perspectives to the subject of legal representation for use-of-force. You can subscribe to videocasts on the Sheepdog Church Security Academy channel on YouTube.;

Beneath the video screen in the Comments section is a link to the Show Notes, essentially a one-page summary of this article. It will be available for one week.[7];

In each of the news stories above, someone needed a lawyer. There are really many more stories like these. In a use-of-deadly-force situation, you need a lawyer as soon as possible, but is it possible?

For one thing, lawyers are not cheap. For another, unless you have an attorney on retainer, you have to look for one when you need one immediately:;

"You may call your attorney," the desk officer says.;
"What attorney?" you reply.;
"Here's a list," or, "Here are the Yellow Pages," is his reply.

Now, how many lawyers do you have to call before one says, "I'm coming." What if the first one is a divorce attorney, the next specializes in corporate law, the third in medical malpractice, and so on?

If you have an attorney on a retainer, all you have to do is call and hear, "Hello! How can I help you?" However, most members of church safety teams cannot afford to keep a lawyer on retainer - at least not by themselves. The good news is that many safety team members, along with other firearms users, can do so collectively.;

Those of us familiar with rural areas know about cooperatives (coöps). Farmers who own their own farms band together in coöps to market their products. In fact, some of the brands we see in grocery stores, such as Diamond Nuts, and Ocean Spray, belong to coöps. Many rural electric companies are coöps - the customers are shareholders. In urban areas there are craft and art coöps. So how about a law cooperative?;

The closest thing to a law coöp was started in 2009. Several Texas attorneys saw that people who used firearms in defending themselves and others needed legal help. Even when justifiable homicide by reason of self-defense is obvious, the duty of law enforcement and public prosecutors is to investigate each deadly-force incident. No matter how innocent you are in such a case, you still need a lawyer to counsel you, guide you, and represent you.;

These attorneys decided to band together to represent people facing legal challenges for defending themselves, especially with guns. Their Second Amendment rights needed protection. They formed an organization and named it Texas LawShield. Gun owners could subscribe to membership. A member could get legal advice from a lawyer. If a firearm or other deadly weapon was used, an attorney would respond within minutes of a call.;

After successful representation in cases, word got around about this group of Texas lawyers. People outside Texas began to ask for attorneys in their states. Texas LawShield began to expand to neighboring states. Finally, they went nationwide, changing the name to U.S. LawShield.;

U.S. LawShield describes itself and its affiliates as offering "prepaid legal service products." They say:

Having the best concealed carry insurance* means you have a lawyer on the phone before the police arrive.;
*Not available in all states;

Let's see how this worked in December 2019. When Jack Wilson needed a Lawyer, U.S. LawShield was there.

On December 29, 2019, during the Sunday morning service at West Freeway Church of Christ in White Settlement, TX, a man wearing a wig and a fake mustache stood up while communion was being served. He approached a server, pulled a sawed-off shotgun from his long coat, and shot him. A church security team member walked toward the shooter while pulling out his handgun, but the gunman shot him before he could aim.;

While congregants panicked, some running, some ducking their heads down, some diving under pews, Jack Wilson, head of the security team, lifted his handgun, ready for a clear shot. Six seconds after the shotgun was pulled out, Jack fired once, hitting the assailant in the head. All of this was captured by the livestream cameras.[8];

City, county, and federal law enforcement officers arrived quickly. The church and the neighborhood were locked down and security perimeters were set up. They took Wilson's firearm and the assailant's shotgun.;

Jack Wilson is a member of U.S. LawShield. As soon as possible, he called them. Within minutes Atty. Katherine Reed called. Wilson told her everything that happened.;

Reed came to the church as soon as she could. At the security perimeter, she told officers that she was an attorney, and they escorted her in. One thing she was sure of: with so many agencies involved, the investigation would take time. Also, state law mandated a grand jury investigation, stretching the time into several months.;

A day short of nine months later, the grand jury concluded that the homicide was justified and there would be no indictment. Through this period, Reed advised and represented Wilson.[6];

How to Be Covered

U.S. LawShield is not a regular law firm, but a connector to legal services for members only. It has affiliate organizations in 46 states and D.C., but not in Alaska, Maine, New York, and Rhode Island. Each affiliate firm conforms to the laws of its state.;

You can join U.S. LawShield as a member of Sheepdog Church Security.[9] If you need to know how your state's laws apply to carrying a deadly weapon, call for consultation, and a lawyer from your state will answer within 72 hours. If it is an emergency when a firearm has been used, an attorney will respond within minutes through U.S. LawShield's 365 program.;

If a firearm is used in an incident at church, you can get legal help through U.S. LawShield.

Training through the Safety Member Certification program is recommended for all church safety teams.. Additional training is available through the Worship Security Association.;

All Church Safety Teams are urged to have their members trained and certified through Sheepdog Church Security's Safety Member Certification program. Two of the nine training modules in this program are "Basic Use of Force Laws v4" and "Active Shooter Response v4." Training is available through church-hosted in-person classes for teams and online self-paced individual training. Sheepdog Church Security will be starting an accelerated Online Events format with live Zoom classes. This enables more members to be trained and certified through this format.[1];

Not only Safety Team members, but the church itself can face lawsuits and criminal charges. Worship Security Association has an 8-part series, Church Litigation Attorney at Law. In this series, WSA founder Simon Osamoh converses with a non-profit organizations attorney, Ginny Cronin.[10];

This is the fifth article for May. The other four are "The Church in Sacramento Shooting, 2022" (Lesson Learned), "I Spy" (Spot an Assailant), "Responder's Risk" (Use-of-Force Liabilities), and "Marked Abusers" (Dru Sjodin National Sex Offenders Public Website).