Make the Church a Safe and Healthful Place 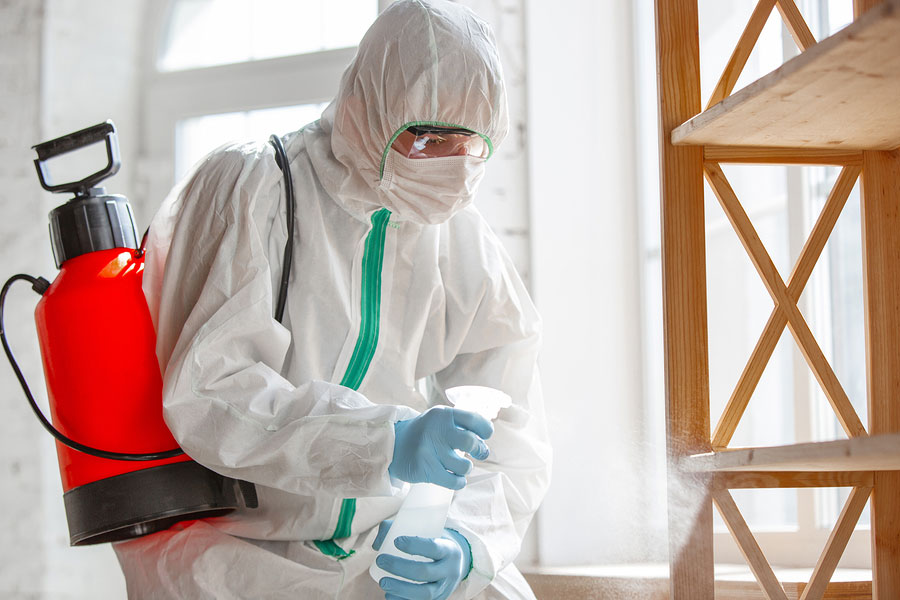 An article in The Healthy Church - the May 2020 series.

The Bible mentions ways buildings and walkways can be made safer and more healthful:

When you build a new house, make a parapet around your roof so that you may not bring the guilt of bloodshed on your house if someone falls from the roof (Deuteronomy 22:8).

He is to examine the mold on the walls ... If the mold has spread on the walls, he is to order that the contaminated stones be torn out ... have all the inside walls of the house scraped and the material that is scraped off ... thrown into an unclean place outside the town (Excerpts from Leviticus 14:33-45 (NIV) - Treating mold in a house).

"Make level paths for your feet," so that the lame may not be disabled, but rather healed (Hebrews 12:13 quoting Proverbs 4:26).

"The rain came down, the streams rose, and the winds blew and beat against that house, and it fell with a great crash” (Matthew 7:27).

Scott Depot, West Virginia, December 28, 2017 - A woman attending an evening event at a church was directed to park in the grass. On her way in from the car she slipped and fell, injuring her knee, and was taken by ambulance to the hospital. She has now filed a lawsuit against the church, claiming that grass, mud, debris, and moisture picked up by her shoes caused her to slip and fall. The suit alleges the church failed "to maintain the premises in a reasonably safe condition." The area where she parked was unlit.[1]

Tarpon Springs, Florida, February 2, 2017 - A worker who was part of a contractor's crew repairing the roof of a church tried to get on the ladder to go down. He missed and fell 20 feet to his death. He had unsnapped his safety line.[2]

Monroe, Washington, 2018-19 - Teachers at a public school in Monroe took samples from carpet beneath leaking fluorescent light fixtures and from classroom air filters in for testing. The tests were positive for PCB oil, which leaked from the outdated light ballasts. Besides being cancer-causing, the PCB was also causing more immediate health issues.[3] This is not only a problem in older schools, but also in older church buildings.

Forest, Virginia, April 2001 - Following reported illnesses and other health issues, toxic mold, including Stachybotrys, was found throughout a local high school. The school was closed for the remainder of the school year.[4] Cleaning and repairs included a new roof, replacement of sheetrock, and a new HVAC system.[5] Leaks were blamed for creating conditions for the mold, and shown in a 1982 newspaper photo (when the school building was only ten years old).[6]

Sarasota, Florida, 2005 - Despite a fungus exemption in the insurance policy, a church in Sarasota sued their insurance company for not covering losses due to mold damage. An appeals court ruled that not only did the fungus exemption hold, but the mold damage was not from normal aging of the wood. It was the result of poor design, faulty construction, and inadequate maintenance. The Appeals Court ruled in favor of the insurance company.[7][8]

Seattle, Washington, February 12, 2020 - A baby girl who was not quite 6-months old died from an Aspergillus mold infection. The infant had been transferred from another hospital for emergency lung surgery. The infection was from air in the operating room. Fungus has been a persistent problem at this hospital. The parents are joining a class action lawsuit.[9]

Benjamin Franklin used the proverb, "An Ounce of Prevention is worth a Pound of Cure," in urging Philadelphians to avoid fighting fires by preventing them. This saying has been used (and is being used) in almost every area of life. It is true for churches. Taking measures to prevent injuries and illnesses - or at least make them less likely - is preferable to being injured, getting ill, or facing insurance claims and lawsuits.

How can we prevent injuries and illnesses?

Not all injuries and illnesses are preventable by us, but many are. This is done by removing the causes. Lawsuits result when affected persons claim that the illness or injury was preventable and the company or institution did not do what should be done to remove or prevent the cause.

Preventing Injury in the Church

Right off the bat, most readers can name a few ways to prevent some common injuries. Most church-related injuries are from slipping and tripping. Cuts are also common.

Good housekeeping goes a long way - keeping floors uncluttered, clearing dropped items from hallways, mopping up fluids, etc. Sweep outdoor foot traffic areas of leaves, debris, snow, or anything that is spilled and can be a walking hazard. Clean up any broken glass or other cutting hazards

Maintenance includes repairing, removing, or replacing torn carpet, repairing damaged flooring, repairing stairs, porch railings, etc., fixing leaks which drip onto the floor. If a storm-damage leak develops while people are in the church, catch it in a bucket and route traffic around it. Fix the leak as soon as possible. Fix broken windows.

Other injuries are from falling objects, collapsing floors or stairs, breaking or tipping chairs or pews, etc. If ceiling tiles are damaged, replace them. Secure bookcases and cabinets. Attach pews to the floor. Remove unsafe chairs, tables, etc.

Churches are not subject to federal and state OSHA regulations except where paid employees are concerned. However, OSHA guidelines for safety in the workplace can be applied to making the church a safer place for those working and attending there. There are information resources available. "Is Your Facility Safe?" tells how OSHA standards can be applied in churches.[10]

Preventing Illness in the Church

Some illnesses can be caused by a building or its contents.

An article for March, "Human Error,"[11] included spills of toxic substances. Accidental spills of some materials can release harmful substances. These include solvents and common industrial, institutional, and household cleaners. This also includes gasoline and kerosene in enclosed spaces. When volatile liquids are not properly stored, they can release noxious fumes. Do what's necessary to prevent spills in your church. You do not want anyone made ill by a spill.

Older church buildings may have other health hazards. Among these are asbestos insulation and PCBs.[3] Asbestos in walls can be sealed off, but if repairs or remodeling requires cutting or drilling into those walls, asbestos dust can be released.[12] Old fluorescent ballasts, transformers, and other electrical equipment may have PCB as a coolant. Leaks from these will expose occupants to this toxic fluid. Lead and mercury are also potential health hazards in older structures and equipment.

Mold is another health hazard. We may associate it with old buildings, known for their mustiness. However, a building does not necessarily have mold because it is old, and newer buildings can have problems with mold. The high school in Forest was opened in 1972. It was only ten-years-old when several rooms were flooded with leaks during a storm.[5] Even after repairs there were still leaks, and the HVAC system was unable to control moisture.[6] This created conditions right for mold, wrong for occupants. Over the next 19 years, this became a health crisis.[4]

There are many churches with toxic mold, but we do not often see them in the news. There are church members who are ill, but do not realize that the church building is making them sick. Some get a diagnosis, then tell the church leadership. Sometimes the condition is remedied; sometimes it is not.

Mold mitigation can be expensive. Preventing mold is cheaper. When building a new facility, adding on, or remodeling, include anti-fungal design. On an existing building, check for and fix leaks. Have the attic checked for leaks - do it after a big rainstorm. That way a leak can be found and fixed before it becomes a big problem.

Cleanliness is a must for preventing illnesses in the church. Ideally, it should be cleaned thoroughly after Sunday or Sabbath services and after mid-week meetings. If it can be managed, there should be a wipe-down of bathroom fixtures, doorknobs, the nursery, and care areas for young children before the next service or class. Sanitization of commonly touched surfaces kills microbes which may be passed on to the next users. In the Old Testament Law, the "Lord Who Heals" gave his people instructions about cleanliness. He would keep them well if they did their part.

"An ounce of prevention is worth a pound of cure." We should do what we can to prevent injuries and illnesses in our churches.

This series - The Healthy Church - has four articles on responding to injuries and medical emergencies. The other three articles are "Have a Heart" (Responding to Heart Attacks, Strokes, Choking, and Seizures), "Help the Hurting" (Responding to Injuries), and "Make Yourself Ready" (Equip and Train for Medical Response).