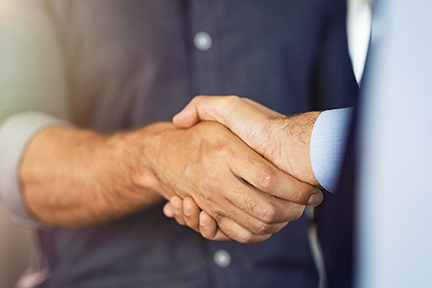 And when the town clerk had quieted the crowd, he said, “Men of Ephesus, ... we really are in danger of being charged with rioting today, since there is no cause that we can give to justify this commotion” (Acts 19:35,40 ESV).

Now in these days when the disciples were increasing in number, a complaint by the Hellenists arose against the Hebrews because their widows were being neglected in the daily distribution (Acts 6:1 ESV).

Keep your conduct among the Gentiles honorable, so that when they speak against you as evildoers, they may see your good deeds and glorify God on the day of visitation (1 Peter 2:12 ESV).

Do not repay evil for evil or reviling for reviling, but on the contrary, bless, for to this you were called, that you may obtain a blessing (1 Peter 3:9 ESV).

Refrain from anger, and forsake wrath! Fret not yourself; it tends only to evil (Psalm 37:8 ESV).

Topeka, Kansas, Since 1991 - Members of Westboro Baptist Church (WBC) in Topeka have regularly picketed places and events since 1991, targeting homosexuality and other issues. WBC protests average six per day and over a dozen churches almost every Sunday. Their best-known sign says, "God Hates Fags."[2] WBC posts scheduled protests on its website.[3]

Lynchburg, Virginia, October 23, 1999 - Soulforce, a homosexual activist group, picketed Thomas Road Baptist Church (TRBC) in 1999 protesting language used by Dr. Jerry Falwell, pastor of TRBC. Falwell agreed to talk with Soulforce leaders about their complaint. He agreed to avoid sarcasm and ridicule, but stayed firm on the issue of biblical sexuality.[4] During the talks, WBC protested outside.[5]

Bettendorf, Iowa, December 8, 2019 - Protestors gathered across the street from a church in Bettendorf. They were objecting to a person who spoke in a meeting held at the church on the preceding Monday. Fortunately, the protest remained peaceful.[6]

Sacramento, California, 1872, 1994 - Chapter 7, Section 302 of the California Penal Code protects religious services from intentional disruption. Protesters are prohibited from blocking persons from entering or exiting the church and from making enough noise to disrupt a service. For this reason, most protesters stay across the street from churches. This law was enacted in 1872 and amended in 1994.[7]

San Francisco, California, September 19, 1993 - In violation of California law, homosexual and lesbian protesters surrounded a church in San Francisco. Arriving before the service, they harassed arriving church members and guests. Later, they actually blocked those trying to enter, even physically assaulting some. The church grounds were invaded and property damaged. Few arrests were made.[8] This incident and others led to discussion in the State Assembly of increasing the penalties in Section 302 of the California Penal Code.[9]

The training course "Deescalating Disruptive Persons" divides the topic into four sections, corresponding to the articles in this series. The subject of this article is Dealing with protesters in a peaceful and orderly manner. Four questions to ask are:

First, we have a special free downloadable resource for you. To get it, click here: <*>[10]

Dealing with Protesters in a Peaceful and Orderly Manner

The First Amendment to the Constitution of the United States guaranties "the right of the people peaceably to assemble, and to petition the government for a redress of grievances." This has been extended to the right to peaceably assemble to protest the actions of non-governmental organizations, including churches and Christian ministries.

If protesters show up at our church, we hope they are peaceful. We can do our part in keeping a protest peaceful. However, dealing with protesters is a deeper issue than what you do when they show up outside your door. How your church handles a protest will in large part depend on how it handles conflict in general. How do we handle disputes within the church? How do we address issues with businesses and governments? How do we handle criticism and complaints from outsiders? How do we react to public protests?

How do we handle disputes within the church?

This question is closely related to verbal de-escalation in general. Conflict resolution is a skill taught in offices and other workplaces. If we can peaceably resolve differences among us, we are better equipped to help others settle theirs. We are then able to keep our cool when protesters show up.

In Acts 6 we see how the Apostles handled a complaint in the early church. The complaint was legitimate, and a solution was forged. To this day, deacons play an important role in churches by handling ordinary tasks. Church Safety Team leaders and members fit into the category of deacons. By following the example of the Apostles, complaints can be an opportunity to improve the church's ministry.

How do we address issues with businesses and governments?

Today this might seem like a strange question to some. However, in the 1970s and the 1980s, churches and Christian ministries were leading protest campaigns against businesses. One of these was the effort to get stores to either not sell pornography or to keep the magazines out of sight where they had to be asked for. This was a good-intentioned effort, but boycotts and picket lines set a precedent which would later be used against churches themselves.

There have been successes in dealing with businesses when Christians respectfully expressed their concerns, showing business leaders the reasonableness of conducting business in a moral manner and with integrity.

Now churches and Christian ministries are facing decisions by state and local government which infringe on religious liberties. What is the best way of addressing these issues? And how do our actions reflect on our witness to the community?

How do we handle criticism and complaints from outsiders?

We are bound to face unwarranted criticism from unbelievers. Some of this comes from a lack of understanding. Some of this is plain bias, especially from those who are hostile against us.

On the other hand, we are not perfect. We can and do make mistakes and bad decisions. Members of a church, and even its leaders, can make serious mistakes, or may actually do wrong. This will bring not only justifiable criticism, but also over-the-top hyperbole.

We should live as rightly as, with God's help, we can. Peter wrote, "For this is the will of God, that by doing good you should put to silence the ignorance of foolish people" (1 Pet. 2:15). If we have been wrong, we should own up to it and endeavor to make corrections. This will help our testimony. It is easier to trust someone who admits error and makes it right than someone who denies responsibility and covers it up.

It is hard to do, but we must answer unjust criticism and complaints with self-control and respect. Lashing out only draws more criticism. We should not be needlessly at war with the community. 1 Pet. 3:9 says that we are not to respond in kind when falsely accused, but to bless instead. Proverbs 15:1 says, "A soft answer turns away wrath."

How do we react to public protests?

On your way to church you notice vans, cars, and a small bus parked along the street two blocks away. Then across the street from the church you see someone addressing a group while signs are passed out. After you pull into the parking lot, you turn and see a TV broadcasting truck pull up, followed by a van from the local news radio station.

"Oh no!" you think, "We'll be picketed today, and it will be on TV and radio! How do we handle this?" Other questions you have are "Who are these people?" and "What are they protesting?"

Public protests have two objectives. One is to present complaints to those being picketed. Making it public has another objective - to get public attention.

For a Church Safety Team, the first objective is to keep the protest peaceful. Some protesters try to goad the business or organization (in this case, the church) into reacting in a negative way that everyone can see. They may taunt you and call you names. They may have crude and derisive slogans on their signs - coarse language is especially offensive to churches. They may even invade church members' personal space, as the protestors in San Francisco did in 1993 (of course that was an extreme).[8]

We must not take the bait. Do not demand respect. Instead, exemplify it by maintaining control of your emotions. Answer in a calm voice with "I" statements such as, "I would like to help you" or "I hear what you're saying." Think about how to respond to questions from reporters before you go out to meet the protesters.

If the protesters have a legitimate concern, there may be an opportunity to address that, but not on the street. Jerry Falwell agreed to meet with Soulforce leaders and discuss their concerns.[3] However, this was not acceptable to WBC, who picketed TRBC during the meeting.[4] So whose example do you want to follow?

We live in a conflicted world. There will be disagreements and complaints. If protesters show up at your church, this will be an opportunity to respond peacefully. Our respectful response will be a positive witness to the community.

The three other articles in this four-part series on Verbal De-escalation are "Indications" (Identifying Potentially Disruptive Persons), "Assessing Threats" (The Role of Threat Assessment), and "Calming Troubled Waters" (Non-Physical De-escalation).