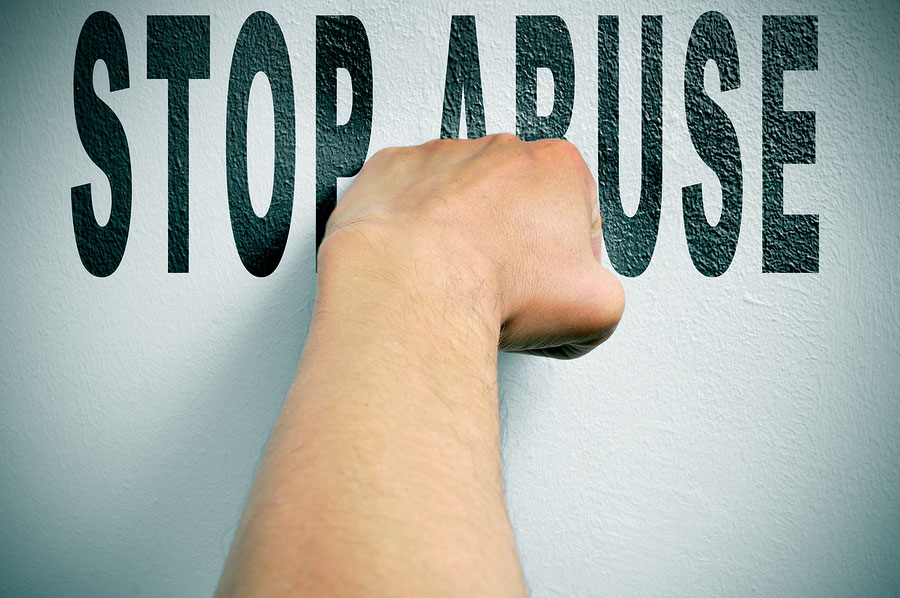 Now I beseech you, brethren, mark them which cause … offences … and avoid them (Romans 16:17).
* Note: We are to take note of moral offenders and “avoid them.”

And this is the condemnation, that light is come into the world, and men loved darkness rather than light, because their deeds were evil. For every one that doeth evil hateth the light, neither cometh to the light, lest his deeds should be reproved (John 3:19-20).
* Note: Sexual offenders often try to hide their records.

And [God] delivered just Lot, vexed with the filthy conversation of the wicked (2 Peter 2:7).
* Note: We should be vexed by sexual abuse in our communities.

And [the high priest] set the porters at the gates of the house of the Lord, that none which was unclean in any thing should enter in (2 Chronicles 23:19).
* Note: Morally unclean persons were not to be allowed inside the Temple.

A good shepherd drives wolves away from the flock. Neither does he tolerate dogs that attack sheep. He keeps these predators out of the fold, and will remove any that manage to get in.

The best way to protect the lambs in our flock is to keep predators out, and to remove any that do get in. With animals, it's easy to tell a wolf from a sheep, but how can we identify sexual predators? They don't come dressed as wolves, cougars, and bears. Instead, they pose as shepherds or sheep.

Chicago, Illinois, sometime before the Pandemic - During a pre-service gathering time, the pastors and staff of a church were watching for new faces. They noticed a man who was continually watching the children. Trained to observe people, this made them suspicious. They greeted him, got his name, and started a conversation. Afterwards they checked him out and discovered that he was a registered sex offender, and his Facebook page had compromising posts about kids.

Concerned for their children, they did not want the visitor in their church, but they did want him to have spiritual help and guidance. Thanks to a program worked out with the city and other ministries, there was a way. They contacted him and referred him to a nearby church for individuals not allowed to be with children.[2]

Memphis, Tennessee, July 2020 - The family of a teen-aged volunteer sued a large, nationally-known church. The teen had been sexually abused by a former staff member. The suit alleged that the church had ignored a number of red flags. By the time the suit was filed, the offender was in prison.[2]

Kasson, Minnesota, February 17, 2019 - A teaching elder in a Kasson church was arrested for child molestation in a motor vehicle. In March he was also charged with sexual abuse of a teen girl from the church. This was when the church found out that he was a registered sex offender in another state in churches of the same group. Church leaders had been downplaying the charges and not informing other congregations.[3]

Madison, Wisconsin, April 19, 2021-April 19, 2022 - More than 200 instances of abuse by clergy have been reported to Wisconsin's Department of Justice in the first year of an investigation begun by the Attorney General. This included 51 survivors reporting abuse to law enforcement for the first time.[4]

Englewood, Florida, July 23, 2019 - A minister of a church was arrested for child pornography. A lead revealed that 70 images were downloaded to his IP address. Following his arrest, authorities found over 500 images on his computer. He had been convicted of sexual abuse in Alabama 13 years earlier and was a registered sex offender. However, he did not register in Englewood when he moved there.[5]

Lehigh Acres, Florida, October 4, 2018 - A volunteer at a Lehigh Acres church was arrested for a pair of sexual assaults. The now-former volunteer, who is a registered sex offender, was charged with touching a child inappropriately and attempting to rape an elderly woman.[6]

Albuquerque, New Mexico, December 2, 2016 - A registered sex offender, who was working in a church office and living on the property, was arrested for distributing child pornography.[7]

This article, "Marked Abusers" (Dru Sjodin National Sex Offenders Public Website), is covered by Kris Moloney in a podcast and a videocast. In the comments section beneath the videocast screen is a link to the Show Notes (article summary). These are available for one week after the videocast posting.

By the way, you can subscribe to the videocasts on the Sheepdog Church Security Academy channel (on YouTube).[8]

Slipping through the Cracks

In five of the seven news stories above, registered sex offenders slipped through the cracks to become volunteers, staff, and even pastors in churches. In the first story, a church did due diligence to avoid that situation.

In another story, 51 victims had not reported their abuse by clergy until Wisconsin's Attorney General launched an investigation. Statistics show that most habitual abusers have several victims before being caught. Sexual abuse victims need the assurance that they will be taken seriously when they report the abuse. When one victim of an abuser comes forward, others follow.

The churches in the stories are not named in the summaries here, but they are in the news articles. These incidents are an embarrassment to five of them and may even hinder their ministry in the community. Consider what Nathan said to King David about his sin:

“Howbeit, because by this deed thou hast given great occasion to the enemies of the Lord to blaspheme, the child also that is born unto thee shall surely die” (2 Samuel 12:14).

How do we keep sexual predators from slipping through the cracks? We can find those who have been marked as abusers, who've been registered as sex offenders. There is a national database linked to all publicly-available sex offender registries, covering all 50 states, plus U.S. territories, and tribal lands. A church can access this database to identify registered sex offenders (RSOs) in their area and to see whether a person they are screening is a RSO.

NSOPW was named after a victim of sexual violence. Dru Katrina Sjodin [show-DEEN] was raised in Pequot Lakes, Minnesota, and was a student at the University of North Dakota in Grand Forks, just across the state line. There she worked two jobs while studying. She was described as a kind and helpful person who loved life.

On November 22, 2003, Dru left her job at Victoria's Secret in the Columbia Center Mall. According to surveillance camera footage, a man who had been sitting on a bench watching people followed her out to her car. He kidnapped her at knife-point and forced her into his car. Then he took her to a rural area in Minnesota, not far from where he lived. There he raped and killed her, stabbing her several times. Her body was not found until the snow melted in April.[9]

The suspect was arrested December 1. Detectives reviewing surveillance footage identified the man following Dru as a RSO in Minnesota. A knife in his car belonged to a sheath left by hers. Blood in his car had DNA matching that from her personal possessions. According to ABC News, "Because there is no national sex offender registry, the state of North Dakota and its citizens had no way of knowing a 'level 3' - or an offender considered to have a 'high risk' of recidivism - was in their midst."[10]

He was charged with assault and kidnapping. The rape and murder charges came after her body was found. Since the crime crossed state lines, the trial was in federal court.

Earlier that year, the rapist and murderer had been released from prison in Minnesota after serving a 23-year sentence for rape and assault. Before that offense, he had already been charged with other sexual assaults. When released from prison, he was registered as a Class 3 Sex Offender, meaning he was a likely repeater. He moved in with a relative, about 25 miles from Grand Forks.[11]

The trial and conviction of the suspect and the circumstances leading to the crime prompted the Minnesota Department of Justice to change its management of Class 3 Sex Offenders. They began notifying county prosecutors about prison releases of Class 3 Sex Offenders, beginning a process of having them indefinitely committed to state institutions for treatment (essentially a lifetime prescription for in-house treatment). The object was to keep human time bombs safely away from society.[12]

Nationally, the Dru Sjodin murder trial highlighted the danger posed to society by sex offenders. They are registered for a reason: to enable people to protect themselves and their loved ones from these predators. In response, Congress passed a law to make sex offense registrations available nationally so that individuals and institutions could know what convicted sex offenders lived with a selected radius.[13]

For schools and churches, this is a tool to protect children and other vulnerable persons by knowing who the wolves are and guarding against them. This is why Dru's Law was passed and the national registration database was named after her. Churches now can search for specific persons on NSOPW. They can also see which RSOs are in their area and what offenses they have committed. It's a shame that five of the churches in the news stories did not do this.

To keep wolves out of the fold, we need to know who the wolves are. Many sexual predators can be identified through the Dru Sjodin National Sex Offenders Public Website (NSOPW).

"Protection of Children and Vulnerable Adults in the Church" is an article in the Church Security Guide - that can be used to preview the training module "Protecting Children from Abuse v4" in the Safety Team Certification program. After finishing the course, this article can be read to review the subject. It may not have all the details of the training course, but it can refresh the main points. All Church Safety Team members are urged to be trained and certified as Safety Members.[1]

This is the fourth of five articles this month. The others are "The Church in Sacramento Shooting, 2022" (Lesson Learned), "I Spy" (Spot an Assailant), "Responder's Risk" (Use-of-Force Liabilities), and "They Have You Covered" (U.S. LawShield).