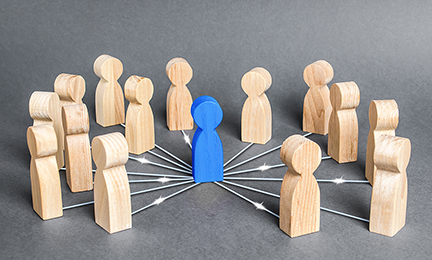 Hear instruction and be wise, and do not neglect it (Proverbs 8:33).
We need to be trained in each kind of force we might use.

But solid food is for the mature, for those who have their powers of discernment trained by constant practice to distinguish good from evil (Hebrews 5:14).
The “solid food” here refers to doctrine and theology, but we can apply this principle to the use of force. We must both learn and practice the discernment of what level of force is needed and how to keep a situation from escalating.

Blackwell, Oklahoma, September 8, 2019 - A young man who had come out as gay went to church with his family, taking his partner with him. At the end of the service, several members pinned him down and began praying over him. He struggled to get loose. Someone punched him.

The young man reported the incident to the police as assault and unlawful restraint. Police are investigating. The pastors of the church say this was a family affair which got out of hand. They are cooperating with the police investigation. [2]

Vanceboro, North Carolina, January 5, 2020 - Just a week after the church shooting in White Settlement, TX,[3][4] a man who had just assaulted a relative tried to force his way into a church during the Sunday morning service. Two members saw him reach into his back pocket while pushing his way in. Fearing he may have a gun, they wrestled him to the ground. He was arrested by sheriff's deputies. Drug use is suspected as a factor.[5]

Indianapolis, Indiana, February 6, 2019 - A woman began causing a disruption during a church's Wednesday evening meeting. A church member who is a professional in behavioral health could not calm her down, so police were called.

When the police came, the woman became combative. They had to physically restrain and handcuff her. Unfortunately, the woman stopped breathing. The police un-handcuffed her, performed CPR, and called for EMTs. She died Friday at the hospital. [6]

The series of articles for February 2020 discusses Protecting the Church with Use-of-Force Laws. In this article we consider our management of the use of force through:

Managing the Use of Force in a Church Safety Ministry

Training for use of force is an on-going process. During orientation for new Church Safety Team members, discretion in the use of force is a recurring theme. Conversation includes comments about being careful how forceful we are, etc., including phrases such as, "only when necessary," and "not letting it go too far."

A key piece of training is the Sheepdog Church Security Training Course "Protecting Yourself and the Church with Use of Force Laws."[1] As with other training courses, this one should be repeated every two years. Besides refreshing the learning, this also includes updating on

Use-of-Force laws. Changes to laws in the state where the church is located, as well as relevant court decisions, should be added to the course.

Several use-of-force skills need to be learned by Safety Team members. A key skill at the second level of the Continuum of Force - Voice - is Verbal De-escalation.[8] Unarmed self-defense is a skill set of the third Continuum of Force level - Empty-Hand Control. Other skills are using less lethal weapons and, if armed, lethal weapons. All of these should be practiced regularly. Situation drills may be held.

One kind of practice which can be done any time and on the spur of the moment is the "What if?" drill. One Safety Team member (or the Director) asks another, "What if such-and-such happens?" The other team member tells how to resolve the situation using the least force necessary. A follow-up question could be, "But what if so-and-so does this or that?" This conditions the team member's mind to use discernment during incidents.

Let's consider some incidents from our news stories.

In White Settlement, the security team was trained and had continually practiced. They used deadly force only in response to deadly force. The team member who neutralized the gunman waited for a clear shot and fired only once.[3]

In Vanceboro, church members wrestle a violent person to the ground without using deadly force. They suspected he had a gun, but didn't see it.[5] However, at the time they would not have had time to pull out firearms (if they had them), but they did have contact with him and used it.

In Indianapolis, when a disruptive person could not be calmed, police were called.[6] When they arrived and took over, the church was not liable for what followed, even though the woman died.

In Blackwell, OK, it was apparently the family which restrained their relative. The news story gives no indication of what the church leaders did to calm the situation or whether anyone called the police. Do not be surprised if the church itself is sued for failure or refusal to intervene.

In each of these cases, discernment or the lack of it paid a key role.

Control of use-of-force situations begins with use-of-force policies for the Church Safety Ministry. The Use-of-Force Training Course says, "Your church security team should create policies to deal with violent offenders before situations arise."[1] These policies should take into account federal, state, and local use-of-force laws. They should be updated when those laws are changed or clarified, whether legislatively or judicially.

The Safety Director and team leaders should repeatedly bring up the topic of wise use-of-force with team members. This lets them know that they are accountable in this area.

Then the ministry leadership needs to actually hold team members accountable. An incident report for each incident should be filed. These should be reviewed. Following each incident, debrief the team member(s) involved. If needed, the member(s) can be coached, counseled, or - if needed - disciplined or re-trained.

When it comes to use of force in protecting the flock, we need to use force wisely. This means discerning what level of force is necessary and not using more. The Church Safety Team should be trained in this discretion. They should also have and practice the needed skill sets for each level.

Using force wisely also means managing it wisely. The Church Safety Ministry sees to it that (1) the Use-of-Force policy and procedures are in place, (2) the team is trained in the use of force and needed skills, and they practice their skills, and (3) team members are kept aware of wise use of force and are held accountable.

The Use of Force series has three other articles: "A Forceful Answer" (When Force Is Called for), "How Forceful?" (The Continuum of Force), and "Legal Force" (Federal and State laws on the Use of Force). An additional article is "On Hold" (Making a Citizen's Arrest).