The 2005 Living Church of God Shooting 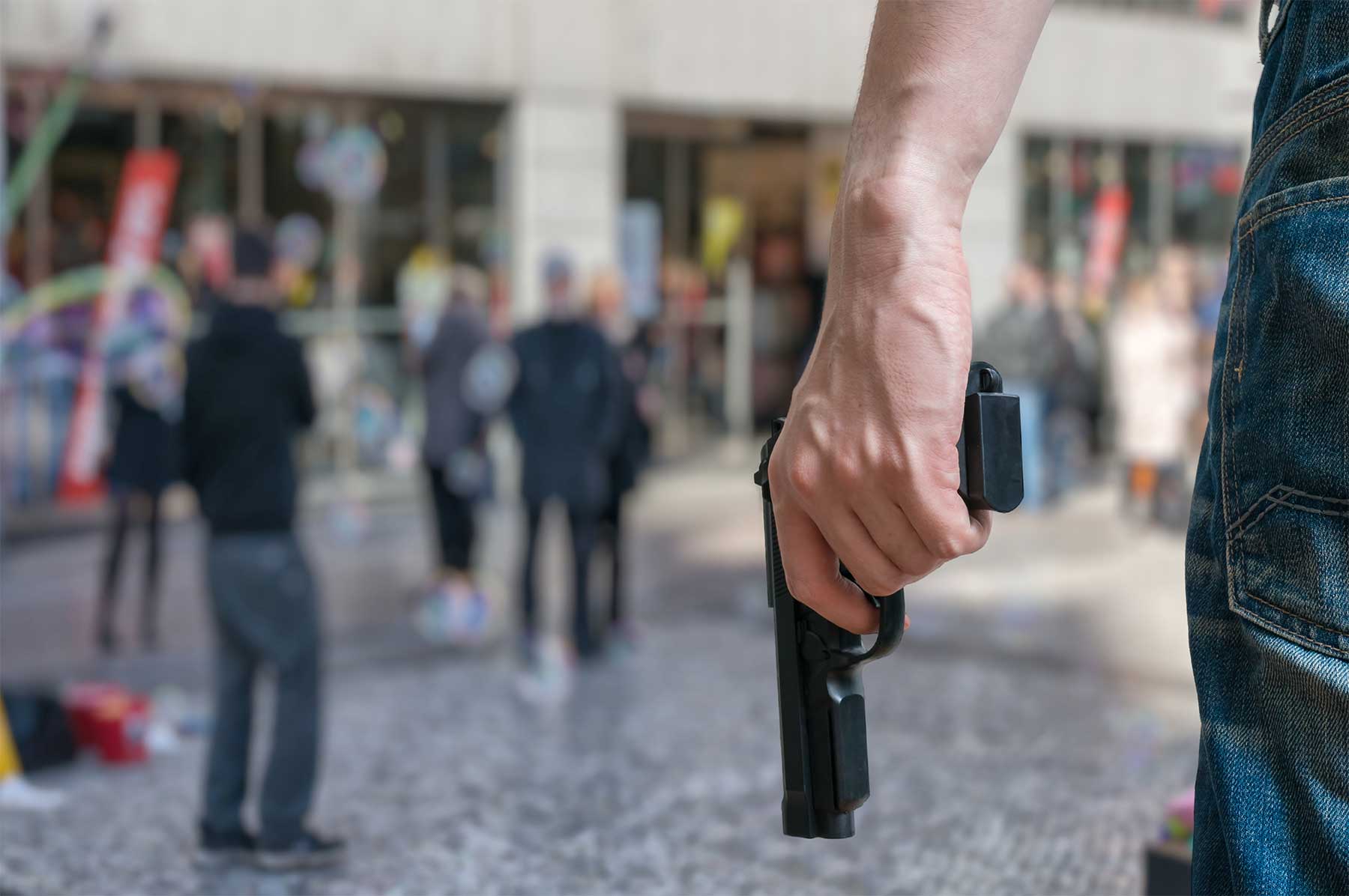 An article in a series on medical emergency response

[Jesus] said, “Those who are well have no need of a physician, but those who are sick (Matthew 9:12).

Moses spoke thus to the people of Israel, but they did not listen to Moses, because of their broken spirit and harsh slavery (Exodus 6:9).

Put on then, as God's chosen ones, holy and beloved, compassionate hearts, kindness, humility, meekness, and patience (Colossians 3:12).

Is anyone among you sick? Let him call for the elders of the church, and let them pray over him, anointing him with oil in the name of the Lord (James 5:14).

Here we return to the question of what motivates church shootings. Since the killer in this case did not state his intent and rationale, the motive can only be deduced or guessed from the circumstances. The evidence in this incident includes the shooter's emotional/mental states, the results of an autopsy, the apparent initial targets, a change in circumstances, and the topic and tone of a sermon. As we seek answers, more questions are raised.

"Training Types" on the Training Info tab includes First-Aid, AED, and CPR. "Drill Types" has "Medical Emergency" (Focuses on the team member's ability to effectively provide First Aid and manage life-threatening medical emergencies prior to the arrival of EMS) and "Mass Trauma" (The team member demonstrates their ability to respond to severe instances of trauma caused by severe weather or active shooter events, and assist in recovery).

On Saturday, March 12, 2005, in Brookfield, Wisconsin, a man who had left during the Sabbath service two weeks earlier, returned. Coming in after the service had started, he pulled out a 9mm handgun and began firing, first at the pastor and his family, who were sitting on the back row, then at others. After shooting several others – reloading once – he turned the gun on himself. When police arrived, they found twelve wounded persons, eight of them dead or dying.

On February 26, 2005, the shooter, a lifelong member of the Worldwide Church of God and its offshoot, the Living Church of God, got up and left the Sabbath service in the middle of a recorded sermon. According to one congregant, he "left in a huff" as the evangelist on the video asserted that people's problems were of their own making."

Some have speculated that this topic is what offended him. However, some witnesses say that he disagreed with the pastor, who was relatively new to the congregation and not the recorded preacher. The order of shooting does appear to indicate that the pastor was targeted. During the shooting, a friend begged him to stop. He responded that he was "upset."

The shooter had suffered bouts of depression for several years, which could be a contributing factor in the shooting. The autopsy discovered one possible cause of the depression, Hashimoto's thyroiditis. It may also cause fatigue and a panic disorder. Also found in the autopsy were a bicuspid aortic valve (a congenital heart abnormality) and mild hepatic steatosis (fatty degeneration of the liver). No medications were prescribed for any of these conditions. It is likely that the shooter himself was unaware of any of them, the causes of many of his discomforts besides the depression and fatigue. Neither his family nor the church would have known this.

This is tricky, so we're cautious here. Every religious group and Christian denomination has its own traditions. We have to learn to see others with compassion, even while following our traditions. As far as we know, members of the congregation were understanding of and compassionate to the shooter within the limits of their knowledge. We should not expect them to know more about his physical conditions than he himself did.

Police questioned the teachings of the Living Church of God (LCG) while searching for a motive for the killings of March 12. Both law enforcement and the press examined their teachings on divine healing, especially since that was apparently touched on in the sermon played on February 26. This included interviewing the evangelist who delivered the sermon, an administrator in the denomination.

Even though the denomination's critics and some members of the press tended to blame the church's doctrines, law enforcement was careful to not draw a definite conclusion. The shooter left no record of why he did what he did, and his bouts of depression were likely a leading contributing factor.

There are two lessons to be learned from this 2005 church shooting: "Be ready to fight," and "Intentionally minister to the hurting."

Be Ready to Fight

No one saw it coming. A member of the congregation came into a Sabbath service. They had no reason to expect him to be violent. Suddenly, he pulls out a gun and begins shooting. At that time, in 2005, there were no brochures, videos, or government programs on how to respond to an active killer, whatever weapon was used. Now we have the slogan, "Run! Hide! Fight!"

In that hotel meeting room, the shooter was there, beginning to shoot. No time to run. No place to hide. The only thing left was to fight, and quickly.

Now that we know about intentional killers, we know to be ready to stop the killer as soon as possible. At the West Freeway Christian Church in Texas, there were people prepared to fight when needed, and the victims of a man with a shotgun were limited to two.

The LCG congregation was unarmed, so no one could shoot back, but there are other ways to fight. An individual can tackle the shooter. Three or more can swarm him. People can pick up and throw objects: books, chairs, etc. The slogan is, "Can't run? Can't hide? Then fight!"

Intentionally Minister to the Hurting

We might not know very much about a member of our congregation, but when someone has been there all along, we do know something. Members of the LCG in the Milwaukee area knew about the shooter's bouts of depression. Judging by The Journal, they might now be more intentional in ministering to one of their own who's dealing with depression, encouraging him or her to find the cause.

Members also knew that he was disturbed by the topic and content of a sermon. If that were today in one of our churches, the wise and compassionate thing to do would be to connect with him, give him a chance to say why that upset him. At the least, he'll have a chance to get it off his chest. It also opens the door to help him, at least sympathize with him, perhaps to find help for him.

Ready to Treat the Wounded

If a shooting happens in our church, are we ready to treat the wounded? Your First Aid pack might be a start, but not be enough for several people shot. Sheepdog Church Security has worked with Mountain Man Medical to develop The Mass Trauma Casualty Kit.[2] This kit contains proven products at affordable prices. They are:

*Also in the Sheepdog Church security Store on Amazon[4]

How many Mass Casualty Trauma Kits your church needs depends on the size of your congregation and the expected attendance at major events. Sheepdog Church Security recommends the numbers of kits as follows:

Also available is the Sheepdog Belt IFAK[3], an individual First Aid kit which can be carried on the Safety Team member's belt. It has enough to treat the first injured person you come to except for massive torso wounds (wound packing materials are #6, #10, and #11 in the Mass Casualty Trauma Kit).

Intentionally ministering to the hurting in our congregations is biblical, as we are to care for each other. We do not know ahead of time if in some case this may prevent a tragedy such as that in Brookfield, but it can help the hurting to heal. On the other hand, if someone in a service begins shooting, are we ready to fight? This can limit the number of casualties.

The theme for May has been Meeting Medical Emergencies, with three articles on that topic: 'Mountain Man Medical' (Equipping Groups for Medical Emergencies), "Code Blue" (Responding to Injuries and Illnesses), and "Many Down, 911" (Mass Casualties).