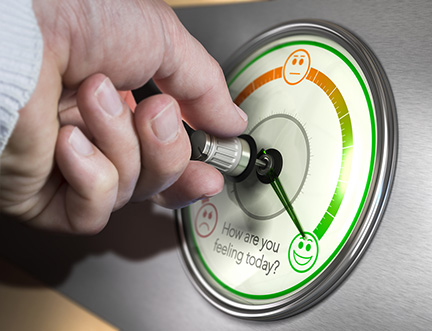 For [Pilate] perceived that it was out of envy that the chief priests had delivered him up (Mark 15:10).

New York City, May 10, 2016 - Security guards for a certain celebrity spotted a man outside the apartment who acted strangely, as though disoriented. They calmed him down long enough for police to arrive, at which point they turned him over to the officers, who took him in for a mental evaluation.[2]

New York City, April 17, 2019 - Security guards at St. Patrick's Cathedral noticed a man who had earlier come in, looked around, and left. He returned with two gasoline cans, two bottles of lighter fluid, and a lighter. They turned him away and notified anti-terrorism police stationed outside. He was arrested.[3] Two days earlier, the same individual had been arrested for refusing to leave a cathedral in New Jersey.[4]

Nashville, Tennessee, June 8, 2015 - The Southern Baptist Convention has joined other denominations and parachurch ministries in addressing the issue of dealing with persons who are mentally ill. This topic was covered in an article published by the Ethics & Religious Liberty Commission, which includes five points in how a church can minister to the mentally ill.[5]

The training Course "Deescalating Disruptive Persons" divides the topic into four sections, corresponding to the articles in this series. The first one, Identify potentially disruptive persons, is the subject of this article. It has three parts:

Right now, we have a special free downloadable resource for you. To get it, click here: <*> [6]

Before pumper wagons/trucks and fire extinguishers were invented, fires were fought with buckets of water. It was obviously easier to fight a fire before it got too big and out-of-hand.

It's that way with disruptions. Calming a situation at the start, before it becomes disruptive, is much easier and safer than trying to fight a heated battle. Like smelling smoke or seeing a small flicker, we need to see indications that a situation is brewing and turn down the heat before it boils over.

Essentially, we need to recognize a person at risk of becoming disruptive. Here we do not mean persons coming in as organized disruptive protestors, or as intentional criminals (such as thieves or kidnappers), or as active killers, but those who become disruptive because of situations, personality issues, or incidental disruption arising from a dispute, disagreement, or another personal relational issue.

People often become disruptive when they cannot handle some personal stress. When a person thinks or feels that he or she is unable to cope with a problem and the emotional anguish, then he/she is in a personal crisis. This is when that person becomes a person at risk.

Major financial problems, such as loss of employment, business failure, bankruptcy, home foreclosure, college debt, and medical bills can leave many people in despair. This is especially stressful when they can't feed the family.

Substance abuse is a major problem in our society. Abused substances include alcohol, marijuana, meth, cocaine, opiates, and opioids. These substances directly affect the thinking and emotions of the person, which makes dealing with them a challenge.

Medicine prescribed for real needs can have side effects. These may affect a person's reasoning ability and temperament.

Many people become depressed when they know they have a debilitating or terminal illness or injury. The illness itself may be extremely painful or otherwise affect behavior. Depression can lead them to be irritable or irrational. On the other hand, their odd behavior may irritate others who do not understand or are basically unsympathetic.

Mental illness is often unrecognized and undiagnosed, but many times it is the underlying cause or a significant contributing factor in disruptive behavior. Sometimes one person's mental illness creates the personal crisis of another person, who then becomes disruptive. We must be careful about concluding that a person is mentally ill. There may be other reasons, such as cultural background, why their manner is not what we consider normal.

Some cases of mental illness may actually be demonic possession, a spiritual issue. As with mental illness, a diagnosis should not be arrived at hastily. It is too easy for some to think that an odd person "has a demon."

Causes other than a personal crisis

An individual's personality type can turn certain interactions into heated confrontations, which then become disruptive. This is especially true for persons who are obsessively opinionated. The subject at hand may be political, doctrinal, sports fan loyalty, or some other issue where people tend to have differences in feelings and opinions. It is not unusual for this kind of person to keep pressing another until that person becomes loudly defensive.

Signs a Person Is Potentially Disruptive

There are several signs that an individual is troubled and may be or become a person at risk. A long list has been compiled by the Canadian Centre for Occupational Health and Safety.[7] First, there are general signs to watch for (as they apply to church):

A few of the behavioral patterns exhibited by a person at risk of becoming disruptive are:

Using these warning signs depends on extended observation. Both when on duty and when just attending, Safety Team members see regular attenders each week. Take note if you see these behavior patterns and be aware of these persons. As Christians, we should also pray for them. If we take time to interact with them in a positive way, they may be more receptive when we have to step in with verbal de-escalation.

Signs a Person Is Becoming Disruptive

Besides signs indicating a person at risk, there are physical indicators that they are becoming immediately disruptive and we have to step in. The Canadian Centre for Occupational Health and Safety document goes on with physical signs. Here's an abbreviated list:

This may be a good time to go over and start a friendly conversation as a first step in cooling the situation.

On the other hand, we might notice a conversation becoming heated with both parties animated and raising their voices. It appears to be headed for a full-blown argument. Now we have to keep an eye on the situation, ready to intervene if needed.

Using verbal de-escalation to keep a tense situation from getting out of hand begins with observation. This is being alert for indications that disruption is developing. We need to know what leads to disruption and know the warning signs.

Other articles in this series on Verbal De-escalation are "Assessing Threats" (The Role of Threat Assessment), "Calming Troubled Waters" (Non-Physical De-escalation), and "Peaceable Assembly" (Keeping a Protest Peaceable).