The Continuum of Force 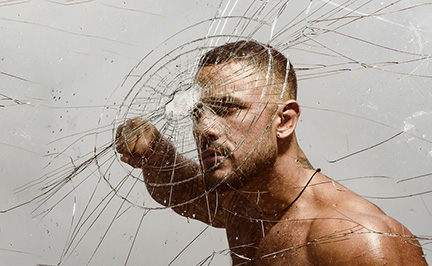 Force Not Used – Then the captain with the officers went and brought them, but not by force, for they were afraid of being stoned by the people (Acts 5:26).

Force Used – And when the dissension became violent, the tribune, afraid that Paul would be torn to pieces by them, commanded the soldiers to go down and take him away from among them by force and bring him into the barracks (Acts 23:10).

Defensive Force Permitted – If a thief is found breaking in and is struck so that he dies, there shall be no bloodguilt for him (Exodus 22:2).

Excessive Force Condemned – Thus says the Lord: “... I will not revoke the punishment, because he burned to lime the bones of the king of Edom" (Amos 2:1).*

*In Amos's prophecies against six Gentile nations (Amos 1:3-2:3), each denunciation named an excessive use of force.

Sacramento, California, August 19, 2019 - Gov. Newsom of California signed AB-392 into law. The new law, which took effect on January 1, 2020, sets new standards for the use of deadly force by law enforcement officers.[2] First, "police can only use lethal force on a fleeing felon if that person is threatening violent harm to the officer or somebody else."[3] That provision aligns the state's use-of-force laws with the federal standard as set by a US Supreme Court ruling. A more fundamental change is in how an officer's use of deadly force is evaluated. Not only are the suspect's actions viewed, but also the officer's actions leading to the incident. Under consideration is whether the officer unnecessarily placed himself in danger.[4]

The February 2020 series of articles concerns Protecting the Church with Use-of-Force Laws. In this article we consider the Continuum of Force:

We also take a closer look at the news story.

Here is an excerpt from the "Use of Force" download:

Your Safety Ministry needs to view the use of force as a last resort, something to employ only if harm will come to people without its use.

No Ministry wants to use force but must prepare to use it properly and effectively, especially if that Ministry has armed Safety Team Members.

In Physics, "force" is any action that moves an object or changes its motion. In everyday usage, force is effort/energy used to move something or achieve an objective. By extension, "to force" means to compel another person to perform or cease performing an action, and the "force" we use is the means to do that.

In church safety and security, there are times we have to prevent a person from harming himself or herself and/or others, to cause someone to stop an unsafe action, or to keep a situation from getting out of hand. We are using some kind of force when we do this. This brings up the question of what kind of force do we use and at what level.

We would naturally think of this as "mild" force, "strong" force, or "somewhere in between." While it is normally all right to think of force this way in everyday life, when it comes to law enforcement, private security, and even Church Safety Ministry - as well as self-defense - legal liability, both civil and criminal, comes into play. Therefore, federal and state laws (and in some places local laws) define the use of force and regulate how it is used. These laws are further clarified by the courts. As a result, levels of force need to be clearly identified.

When government agencies are involved, the 4th and 8th Amendments to the Constitution also apply.[6] Indirectly, church security is downstream from this, and use-of-force laws and standards for law enforcement eventually apply to us in some way.

When we are trying to explain when force is mild or strong, or try to express where in between a certain level of force is, we quickly discover that there are many levels between strong and mild. This is what a continuum [kahn-TIN-you-uhm] is. Fortunately, there are markers along the continuum to identify five sections. This is called the Continuum of Force, developed by law enforcement agencies and the US Dept. of Justice to guide officers in knowing what level of force to use. Here is how FindLaw describes it:

What Level of Force Is Appropriate?

The current standard in law enforcement and security services is to keep the level of force to as little as is needed. The new California law actually puts a premium on an officer acting in a way which avoids using more force while still maintaining order. The question is, "Did the officer needlessly put himself or herself in a dangerous position?"[4] Shouldn't that be the standard for a Church Safety Team? To put it another way, "Are we the ones escalating a situation instead of deescalating it?"

Level 1, Physical Presence, is the mildest kind of force, but is effective. Notice how quickly traffic slows when a patrol car is seen in the median or at the edge of the road. We can extend this to the appearance of presence, such as a visible camera, a monitor showing what a security camera is viewing, etc. The appearance can be behavioral, such as nodding at persons to let them know they have been noticed.

From here we can see how force increases as we go down the list.

Level 2, Verbalization, is an important tool if used wisely. However, if we are not careful, we can escalate tensions. The Bible says a lot about using our words to calm tensions and bring peace, such as "A soft answer turns away wrath, but a harsh word stirs up anger" (Prov. 15:1). Many businesses and organizations train their people in skills such as conflict resolution. Sheepdog Church Security has a course on using verbal de-escalation to avoid violence.[6]

Level 3, Empty-Hand Control, can be as mild as gently putting your hand on someone's shoulder and encouraging them to sit down or move, or as strong as unarmed self-defense with blows and throws. Escort holds and wrist holds are sometimes used by a Church Safety Team.

We should be careful to use only the amount of force called for in the situation. It is when physical force of any kind is used that there is a risk of civil or criminal liability. If someone is injured, a lawsuit may result. The force used should be proportional to the actions of the subject.

Many cases of excessive force by police did not involve weapons of any kind, but empty-hand control measures, such as arm twists and choke holds, resulting in broken bones, joint dislocation, and death.

Level 4, Less Lethal Methods, is where weapons come in. The broad term used includes anything held in the hand or thrown. These used to be called "non-lethal weapons," but misuse or excessive use can result in serious bodily injuries or death. As a result, several states regulate how batons, pepper spray, and electrostatic discharge devices are used. Some items, such as brass knuckles and black jacks, are generally banned since they are used in gang warfare. We need to know our state's laws and local jurisdiction's ordinances on less lethal weapons, then exercise care if we have to use them. Practicing their proper use builds the skill for controlling them.

Level 5, Lethal Force, is the last level on the list. It is - or should be - a last resort. Lethal weapons include not only firearms, but edged weapons. When we interview and screen applicants for armed safety/security work, we need to be alert for signs that they are too ready to use lethal - or even less lethal - force. Firearms require training, certification, and regular shooting practice.

The Continuum of Force tells us what level of force we are using. We need to know how to maintain order with the least force necessary. This way we can avoid escalation of situations, keep people safe, and maintain a good witness. We may also preclude legal liability and costly insurance claims.

The Use of Force series has three other articles: "A Forceful Answer" (When Force Is Called for), "Legal Force" (Federal and State laws on the Use of Force), "Managing Force" (Training, Practice, Control).