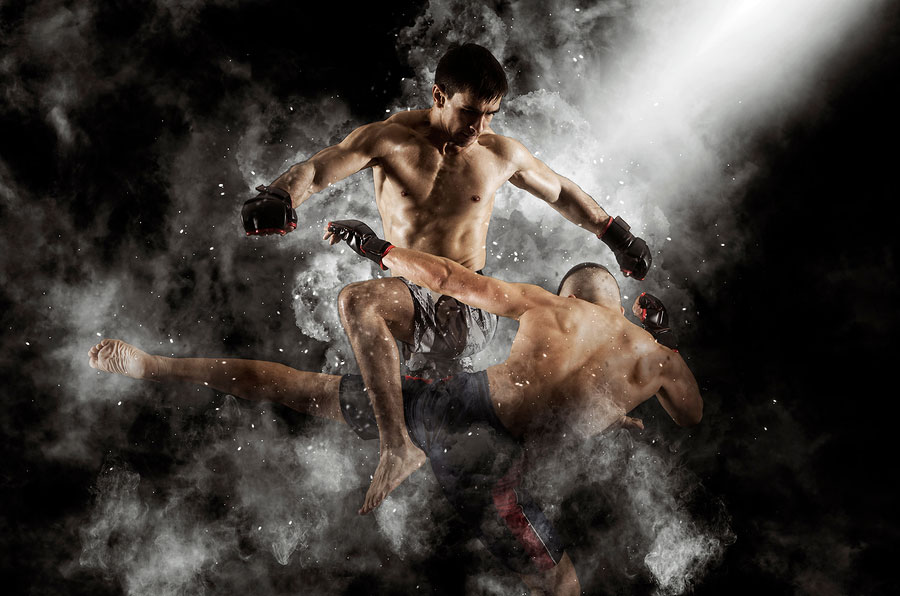 "Therefore let anyone who thinks that he stands take heed lest he fall" (1 Corinthians 10:12).
*Don’t be complacent. Don’t take your safety or your defense for granted.

Abram ... led forth his trained men (Genesis 14:14).
*Abram had trained his servants to fight. Nomadic clans, such as his, had to be able to defend themselves.

It was only in order that the generations of the people of Israel might know war, to teach war to those who had not known it before (Judges 3:2).
*God had the Israelites continue to deal with Canaanites and other enemies to keep them militarily ready.

He trains my hands for war, so that my arms can bend a bow of bronze (Psalm 18:34).
*Likewise, we need training in self-defense skills.

“Behold, I am sending you out as sheep in the midst of wolves, so be wise as serpents and innocent as doves" (Matthew 10:16).
*We must maintain integrity even while defending ourselves and others.

Stand therefore, having fastened on the belt of truth, and having put on the breastplate of righteousness (Ephesians 6:14).
*We must be both trained and equipped.

Canton, Ohio - According to the 2007 Annual Report for the Canton Municipal Court, the training and certification for the Court Security Bailiffs includes "unarmed-self defense [sic] tactics."[1]

District of Columbia, June 26, 2008 - In a 5-4 decision, the United States Supreme Court upheld a U.S. Court of Appeals decision in "District of Columbia v. Heller" which struck down D.C.'s 1975 ban on firearms. This affirmed that the Right to Keep and Bear Arms in the Second Amendment to the Constitution applied to individuals for the purpose of self-defense.[3] In "The Great Gun Control War of the Twentieth Century—and its Lessons for Gun Laws Today," David B. Kopel of the Sturm College of Law at Denver University states that this decision implicitly affirmed the right to unarmed self-defense. He wrote, "Unarmed self-defense might be considered as an "incident" of the right of armed self-defense. It would hardly be sensible to believe that if the crime victim runs out of ammunition, the government may forbid her to use her hands and feet to fight back."[4]

Seattle, Washington, March 24, 2017 - In an interview, a woman who fought off an attempted rape in the restroom of a city park three weeks before[5] said that the self-defense training she had received through her work is what saved her. It gave her "the tools" to defend herself. She went on to urge people - especially women - to take self-defense classes.[6]

Vanderbijlpark, Gauteng Province, South Africa - There is some resistance to teaching self-defense among Christians, especially in some churches and Christian traditions. There are two bases for this. One is the pacifist view that we are not to physically defend ourselves, especially using methods which may injure or kill the attackers. The other objection is the religious beginnings and spiritual teachings of most martial arts, especially those from the Far East. These two arguments are presented in a booklet produced by a church in South Africa.[7]

How to Defend Yourself

It is only natural to want to defend yourself when attacked. If it looks like someone is aiming their fist at your face, you instinctively put your hand up in the way to hide your face and deflect the blow. This may work if the attacker is satisfied with only one blow, but what if he continues to attack? How can you continue to deflect his blows? Or get away? Or make him stop?

Are you a natural fighter? Are you big and strong enough to absorb the blows until the other person tires? If not, but you had a gun, a knife, or a tire rod, you'd make him quit! But what if they are unarmed? Can you avoid using lethal force and still protect yourself? Do you know how?

To Know How to Defend Yourself

We like to think of church as a safe place. However, people being people, tempers will flare and someone will lash out. Someone else may be holding a grudge and let loose. You may be the target, or you may be there when another person is attacked. So do you know how to respond?

The first option for us as Safety Team members is verbal de-escalation, but it is not always effective, especially if the disrupter is determined to use violence. The next level on the Continuum of Force is "Empty-Hand Control" - unarmed self-defense. There is training available. We need to find it and take it, at least take what we need for Church Safety.

What Self-Defense Training Is Available?

The first step to finding training in unarmed self-defense is knowing what type (or system) do we use?

When people hear "unarmed self-defense," most of them think "martial arts" There are specific martial arts used for self-defense. Most are from Japan, China, and Korea. The reason so many martial arts come from the Buddhist traditions is that Buddhist monks were forbidden to carry or use weapons. They risked facing bandits when traveling, so they devised ways of defending themselves without weapons. Since it was monks who developed unarmed martial arts, their philosophy and religious concepts were also taught along with the actual skills. In accordance with their origin, the intent was to defend oneself with the least amount of harm to the opponent.

The most common East Asia martial arts are Kung Fu, Judo, Akido, JuJutsu (JiuJitsu), Karate, Thai Boxing, Tae-kwan-do, and their variations. These martial arts involve much more than self-defense. A student is typically in a program for years, learning not only the skills, but also at least some of the associated philosophy.

A modern Western martial art, Krav Maga[8] (Close Combat) was developed for the Israel Defense Force. This is a very practical military self-defense system. It is highly potentially lethal since it is designed for defense against deadly force, including terrorists.

Several teachers and groups teach self-defense as just self-defense, not as one of the codified systems. Some are based on street fighting. Many draw their moves from East Asian martial arts, boxing, and wrestling, and some also borrow from Krav Maga.

There are self-defense courses especially designed for women. The aim is to teach women defense against crimes targeting women such as street robbery (a.k.a. "mugging" or "purse snatching"), kidnapping, and sexual assault.

So the question is, "What kind of self-defense training do you want?" Remember that the purpose is self-defense, not for show or for competition. The basic consideration is, "Can I effectively defend myself and others with this?" The time spent in training should focus on this.

A second - and important - consideration is, "Does this training include religious philosophy which is contrary to Christian values and teaching?" There are instructors who teach Karate or Judo as skills without Eastern religious indoctrination.

For a Church Safety Ministry, we have a third consideration: "What level of self-defense training do we really need?" What we need is the ability to keep order in the church, to calm down a disrupter, and to remove a disrupter who does not calm down.

How Do I Find Self-Defense Training?

There are a number of ways to look for self-defense training.

First, look for a local trainer

There are several ways to look for a self-defense trainer:

Find out who trained other church safety teams in self-defense. Ask how well they did.

Search the Yellow Pages, either online or in print. You will get the greatest number of results with the category "self-defense." You will get more refined results by adding "instructor," "instruction," "training," "trainer," or "school" if online. See what sub-categories are in your local print edition of the Yellow Pages.

Search the web using Google, Bing, Yahoo Search, Duck-Duck-Go, or whatever other search engine you can access. Use the same terms as for the Yellow Pages, but in quotation marks (such as "self-defense instructor") and not just "self-defense" (if you do you'll get way more than you're looking for).

You can contact local agencies and organizations which might provide, host, or sponsor self-defense training. Examples are the police, the YMCA or YWCA, colleges and universities, and volunteer service organizations such as the Lions, Kiwanis, the Rotary Club, or the Jaycees. You can also contact another church to see if you can work together in bringing a self-defense course to town - this is an option for small churches in small towns or rural communities.

Focus on Self-Defense for Churches

When the training is for the Safety Team, seek an instructor who focuses on unarmed self-defense as it is used in churches. Don't get mired in a long martial arts program. Your team needs a few skills that anyone can learn, ones they can regularly practice with each other. This should be only one-to-three sessions so the entire team can commit to it.

Also, while focusing on self-defense, avoid being pulled into questionable religious philosophies. We do not want to confuse team members and others by introducing ideas which are at odds with the teaching of the church.

Discuss your needs with the instructor

When you contact the instructor, explain what a Church Safety Team really needs. According to Kris Moloney, you need just a few control techniques in case a subject does not leave when asked. Most people should be able to learn these quickly.

Basically, these are a couple of escort holds and a couple of takedowns, and a backup move in case the first one does not work. The first hold is for a subject who passively resists (such as just standing or sitting there). The second hold (a pain-compliance move) is for a subject who is actively resisting. If the subject becomes violent, you need a takedown move. Add a group takedown for really violent subjects.

Once you find the trainer for unarmed self-defense, sign up members of the Safety Team. Schedule the time and place of the class. Certify those who pass the class. Those who wish to do so are free to enroll themselves in full self-defense classes so they can protect themselves on the streets. However, they need to know what level of self-defense is used in your congregation, and that is the level taught to a Church Safety Team.

Encourage Safety Team members to regularly practice their self-defense skills. Create scenarios to make the drills more realistic. We are training them for real life situations.

We may have to defend ourselves without weapons on the street or in church. Sometimes we may have to remove disruptive persons from the church. To do this safely and effectively, we need training.

This series on Weaponless Self-Defense Series has five articles. The other four are "Care to Be Aware" (Situational Awareness), "Arms or Arms" (The Continuum of Force), "Hang on" (Using Blocks and Holds), and "Down We Go" (Knockdowns, Tackles, Throws).