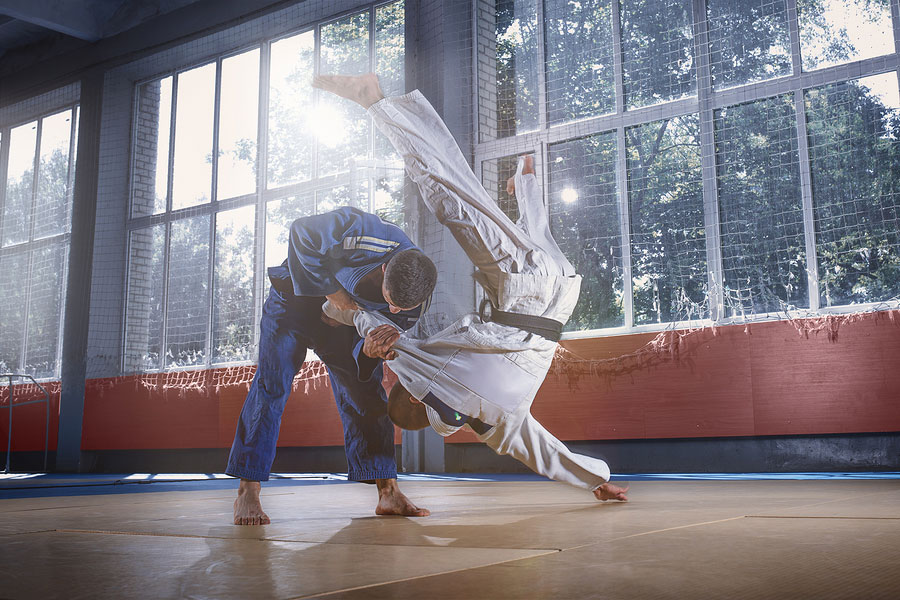 And the great dragon was thrown down (Revelation 12:9).

Pelham, New Hampshire, October 12, 2019 - A gunman walked into a church during a wedding, shot the pastor and the bride, and pistol-whipped the groom. He was wrestled to the floor by attendees and held until police arrived. The Pastor died, the bride was wounded in her arm, and the groom suffered head lacerations.[1]

Antioch, Tennessee, September 24, 2017 - When a gunman who had already killed a church member in the parking lot entered a church and continued firing, a church usher confronted him and wrestled him for the gun, knocking him down.[2]

Charlotte, North Carolina, January 16, 2019 - A man with a history of robbery, armed and unarmed, knocked on the door of a church on a Wednesday afternoon, asking for prayer. The pastor let him in. After prayer, the man pulled out a knife and attempted to rob the pastor, who refused the robber's demands. The man then physically assaulted the pastor, who fought back, forcing the robber out the door. The robber got into "his" car and left. A short time later, the man was fatally shot by police after robbing a store.[3]

Forest Hill, Texas, October 29, 2012 - A man rammed his car into the wall of a church. When the pastor came out to see what happened, the driver attacked the pastor, chasing him into the church. There the assailant picked up an electric guitar and beat the pastor to death. A church janitor was injured.

Leaving the building, the assailant was confronted by responding police officers. They subdued him with a Taser, locked him into the rear seat of a cruiser, and went into the church. Coming back to the cruiser after tending to the pastor, they found the man unconscious and called for medics. He was pronounced dead at the hospital.[4] The assailant's widow and his brother said that he was mentally ill and increasingly violent.[5]

Vanceboro, North Carolina, January 5, 2020 - A man who was high on crystal meth assaulted a family member, then went to a church and tried to force his way in during the Sunday morning service. Two church members asked him to leave, but he became belligerent. He reached into his back pocket in a way that appeared to be reaching for a gun or other weapon. The members wrestled him out the door and threw him to the ground, but he got up and continued to fight. Responding deputies had to tase him to arrest him.[6]

Although church is not the place where we expect a knockdown, drag-out fight, there are times when this may literally happen. If that does come about, are you ready to muscle tussle? If you cannot parry and hold in that instance, can you grapple with and bring down the offender? How does this play out in the news stories above?

In Pelham, the wedding guests and wedding party (other than the victims) took down the gunman and held him for the police. Apparently, those three persons were the sole targets of the attacker, but taking him down ensured that there would be no other victims.

In Antioch, one person taking the risk and wrestling the gunman for control of the weapon undoubtedly saved lives.

In Charlotte, the pastor was able to put-em-up when he had to, and the robber went away, leaving behind the loot and a live pastor.

The story in Forest Hill ended sadly. The news account did not say whether the pastor fought back, just that the assailant chased him. We do know that mentally ill persons can have super-human strength, especially if they are possessed - see what one possessed man did to seven men in Acts 19:11-16. If the pastor knew how to defend himself and to knock down, take down, throw down, or trip the assailant, there might have been a chance for the story to end differently.

In Vanceboro, a disrupter high on drugs had to be physically ejected. The outdoor surveillance video shows him being thrown down. He got up and continued the fight, but could not get back into the church. Whether the men ejecting him were safety team members or just ushers, they did what they had to do to keep everyone else safe.

Getting Violent Persons off Their Feet

It's nice to get off your feet when you have been working all day on your feet. But when you have to defend yourself or others, you must stay on your feet as long as you can until you can either calm the disrupter, drive him or her off, or gain control. Sometimes we can gain control with a hold. Sometimes we can't, and we have to take this person to the ground one way or the other [*Sigh* Security can be a real downer!].

There are several ways to get an attacker off his feet and on the ground. It can be a tackle, a takedown, a knockdown, a throw, or a trip.

Those of us who watched and/or played American football know what tackling is. It is diving into the opponent, grabbing him around the torso or legs, and letting your momentum take him off balance and down, preferably with you on top (tacklers often end up underneath the tackled, as I did a couple of times).

Tackling needs enough room for lunging at the opponent low enough to bring them down. There has to be not only enough room, but a good enough reason to do it in self-defense. One reason to tackle would be the brandishing of a weapon while you are unarmed. Another reason is if the assailant is threatening another person and you are too far away to just reach out and knock the weapon loose.

A tackle is a quick action, making it hard to aim a firearm and nearly impossible to cut or stab with a knife while you are lunging. When successful, the weapon may be knocked loose when the assailant hits the floor.

When you and the assailant land on the floor, be ready to wrestle him to gain and maintain control.

This is the common wrestling move. Since you want to pin the opponent on the mat, you want to be the one in control when you both go down. If a hold is elusive and you are already in contact, grab him the best way you can, force him off balance, and execute a hold when you get to the floor.

We usually associate knockdowns with boxing, but they are also used in the kinds of wrestling not following the rules for scholastic wrestling. The opponent goes down with you still standing. This can be done by hitting, pulling, or pushing. As in a takedown, use the opponent's line of instability to knock him off balance.

The real question is what to do when the assailant goes down. In self-defense, this buys you time to get out of the way, to escape, or to grab a nearby object to use as a weapon. You can stand there ready for him to give up or get up. If he tries to get up, you can push him over. You may be able to go down after him and tie him up - but that may be considered an arrest. You may be able to put a hold on him as he gets up. Here is where training and practice will pay off.

A throw is like a cross between a takedown and a knockdown. You grab the attacker, move and let go. Momentum takes over. If an attacker charges at you, you can move to one side at the last second, grab him as he passes, add to his momentum, and let go [Wheeee!].

One thing a knockdown and a throw have in common is that you cannot precisely control how the person lands. If their head hits the floor hard or hits a hard object, this could mean a serious injury to the head and/or neck. A throw could also result in broken bones, dislocated joints or a back injury. However, if this is a life-or-death situation, then it may be worth the risk.

When an attacker charges, move to one side at the last instant and place your foot or an object (rod, baton, cane, etc.) in the way of his ankles. When he lands, you'll be glad you're not in the way. Be ready to either get away or get control.

Use Only When Ready

Like using holds, the different means of getting an attacker off his feet require training, coaching, and practice. If you are an experienced street fighter, training will broaden and strengthen your skills. Real self-defense training equips the student to know what to do in different situations. You will not only know how to defend yourself and others, but also know how much force to use or not use in your situation.

Self-defense is keeping a violent person from injuring or killing you or others. Sometimes it is necessary to get attackers off their feet to end the attack or to let you and others escape. You can use tackles, takedowns, knockdowns, throws, or tripping to put an assailant on the ground.

This is one of five articles in the Sheepdog Church security series Weaponless Self-Defense. The others are "Care to Be Aware" (Situational Awareness), "Arms or Arms" (The Continuum of Force), "Hang on" (Using Blocks and Holds), and "Find a Coach" (Self-Defense Training).