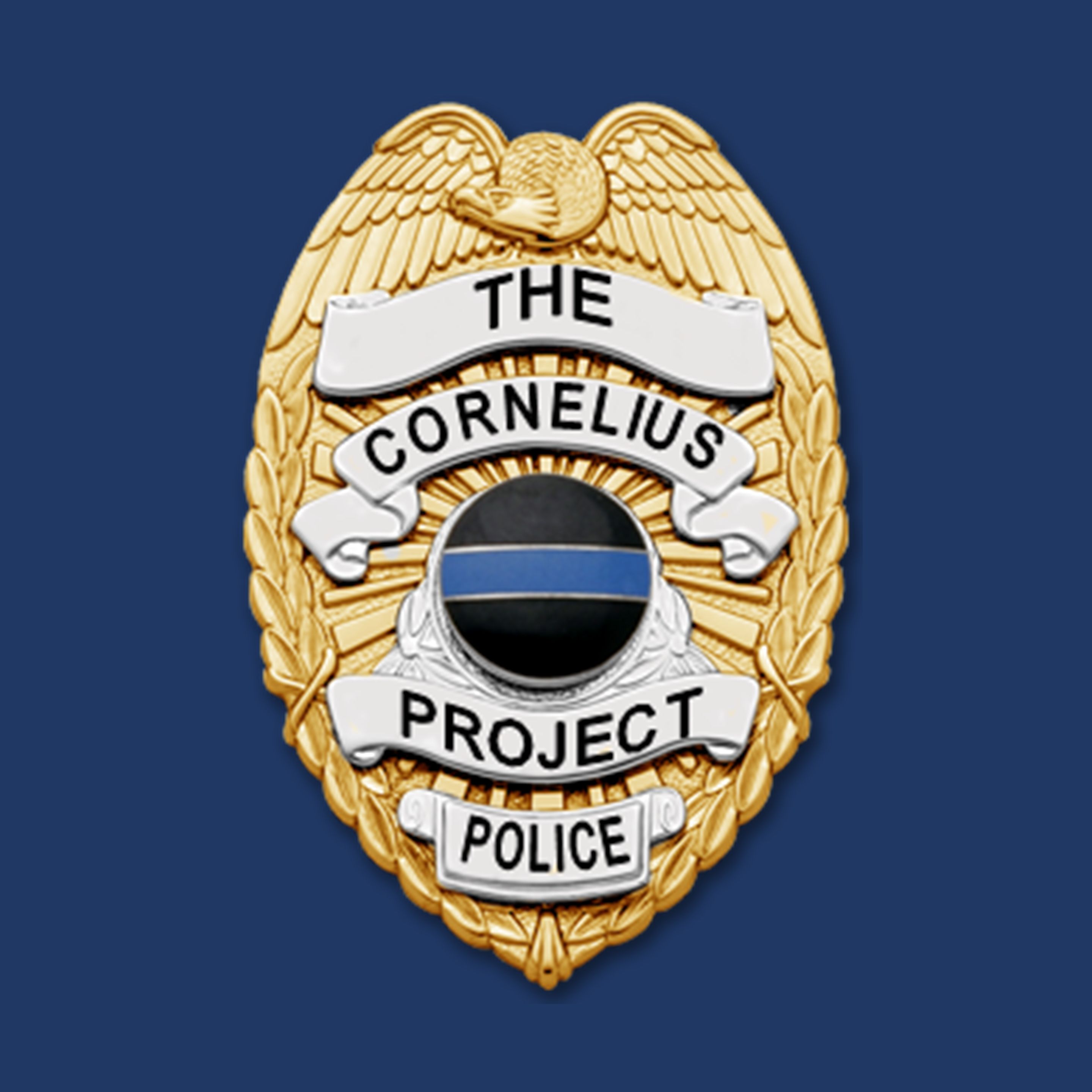 * The Officer Named Cornelius
There was a certain man in Caesarea called Cornelius, a centurion of the band called the Italian band, a devout man, and one that feared God with all his house, which gave much alms to the people, and prayed to God always (Acts 10:1-2).

But [Elijah] himself went a day's journey into the wilderness, and came and sat down under a juniper tree: and he requested for himself that he might die; and said, “It is enough; now, O Lord, take away my life; for I am not better than my fathers” (1 Kings 19:4).

For we would not, brethren, have you ignorant of our trouble which came to us in Asia, that we were pressed out of measure, above strength, insomuch that we despaired even of life (2 Corinthians 1:8).

Sometimes people are discouraged, even depressed, and they despair of life. Besides suicides, this also accounts for health problems leading to heart attacks, strokes, ruptured aneurisms, and lowered immunity. Often the stress leading to discouragement is work related. This is the case in three of the four Bible verses above as well as law enforcement officers today.

Milwaukee, Wisconsin, April 9, 2015 - The Milwaukee police chief, Ed Flynn, wrote an editorial which was published in Time magazine. He discussed the then current state of public pressure on police. The timing was not long after an unarmed African American was shot by police in South Carolina. For law enforcement officers around the country, this increased pressure. They were figuratively always looking over their shoulders, expecting close scrutiny of every move they made.

Flynn said that officers were "depressed by the current environment today." At the time the article was written, crime in Milwaukee had increased significantly over the previous year, especially auto thefts and homicides. News stories seldom looked at the data, but focused on the latest heated incident. For example, the fact that there were fewer use-of-force incidents was essentially ignored. Flynn stated that police officers at that time (2015) were increasingly depressed. The depression was being driven by excessive criticism and lack of support.

The day after the publication date of that issue in Time, a Milwaukee TV station reported on the editorial. Their report included comments by officials and citizens of Milwaukee.[1][2]

Nationwide, 2020-2021 - An article on WebMD's Mental Health News page says the opinion of law enforcement agencies and police psychologists is that "Police morale is at an all-time low." This grew worse after George Floyd's death while in custody. Especially stressed, according to the author, are African American officers who feel a strain between being Black and being Blue. Frankly, the article ignores the fact that much of this is driven by dominant news media acting in concert, mostly ignoring the fact that minority residents and business owners generally want police actively protecting their communities, while it is the activists who are pushing an anti-cop agenda.[3]

Chicago, Illinois, July 16, 2022 - In a short period of time, three Chicago police officers committed suicide and a fourth attempted it. A just-retired 16-year veteran officer said it is extreme stress. She and the Fraternal Order of Police president said more should be done, such as using counselors and social workers to help officers deal with the stress.[4]

Miami, Florida, February 20, 2020 - In a Florida Today opinion piece, retired Miami-Dade police officer Marshall Frank said he knew ten officers who committed suicide during his 30-year career. He cites several reasons for their despair, such as emotional distress at home, heavy debt, alcohol abuse, work pressure, and fear. They need help, but there is the realization that if they seek help for depression, this could lead to the end of their careers, and the end of their pensions too. This, in itself, just adds to the stress. In the article, Frank describes the time he came to the brink of suicide.[5]

This article is discussed by Kris Moloney in a Sheepdog Church Security Academy videocast on YouTube (the audio is in a Church Security Roll Call podcast on SoundCloud). Kris adds insights from his military, law enforcement, and church security experience. Sharing this video will reach those who might not read articles.

If you want a one-page summary of this article, it is in Show Notes, a downloadable PDF. A link to the Show Notes for this article is beneath the video screen, and will be active until the next article is posted a week later. The PDF is printable for sharing.

In his first epistle, Peter said, "Beloved, think it not strange concerning the fiery trial which is to try you, as though some strange thing happened unto you" (1 Peter 4:12). The apostle was speaking of Roman persecution, but it could very well apply to depression. For thousands of years, depression has not been strange, but common.

Depression in the Bible

Psalms 42 and 43 were written by a Levite. Circumstances - perhaps he was ill or detained - led to his being unable to go to the Temple to work. Meanwhile, he was tormented by those who were unsympathetic. This Levite was comforted by remembering the goodness of God.

Fierce opposition and deadly threats by Queen Jezebel added to the prophet Elijah's sorrow over the spiritual condition of his nation. Fleeing to the southern desert, despair overtook him. Feeling unworthy and alone, he wanted to give up and die. God then told him that he was not alone, that he had more work to do, and that he would have strength for the job and someone to help him.

Paul reminded the church in Corinth of the difficulties and trials he and his ministry team encountered in his work as an apostle. Sometimes they even felt like dying.

In our view, Job had every right to be discouraged. He lost all he had, including his children. He lost his health. His wife was discouraging, and his best friends insisted that somehow he deserved what he got. However, through it all he never gave up on God, but remained faithful.

Let's face it. Some jobs are especially stressful and discouraging. During the Vietnam conflict, members of our military faced opposition at home and thankless disrespect when they returned. Doctors and other medical professionals face the reality of losing their patients to death, even though they've done their best.

Now is an especially discouraging time for law enforcement officers in this country. In many jurisdictions, they face opposition from certain elements in society. They are shot at, thrown at, spat on, disrespected, and slandered. In many places, their hands are tied, and those arrested for crimes are back on the street before the end of the day. It's easy to say, "What's the use?"

For police officers in the midst of despair, there is hope. It is Blue Life Support, otherwise known as The Cornelius Project.

What Is the Cornelius Project?

This organization is named after Cornelius in the Bible. He was a Roman army officer in First Century Judea. A commander of about 100 soldiers, his unit served as law enforcement. Cornelius was a believer in God who did many good things in the community. He had heard about Jesus and wanted to know more. An angel told Cornelius to summon Peter. Peter came and told the whole company about Jesus. Cornelius became a believer in Christ (Acts 10:1-48).

The Cornelius Project was founded by Jimmy Meeks, a 37-year veteran police officer. He knows well what officers are going through. The organization says, "Our mission is to be a Source of Encouragement to the law enforcement community." That's why they use the tagline: Blue Life Support.[6] He also co-founded Sheepdog Seminars, which encourages and trains members of church security ministries.

How Do They Help Officers?

At the time of this writing, 28 videos are available online. Most of these are testimonies of police officers. Here are a few titles:

The Blue Life Support podcast on SoundCloud is aired three times a week: Monday, Wednesday, and Friday. It is categorized as #Religion&Spirituality. Jimmy Meeks is the speaker. Here is a must-listen episode: Blue Life Support 0076. On mobile devices it is available through the Apple App Store and Google Play.

Helping law enforcement officers to grow and develop spiritually is a core mission of The Cornelius Project. This is the key objective in their conferences where Meeks calls on peace officers to give their hearts to the Prince of Peace. An example of this is in the video Heart of the Father.

Officers can sign up for a monthly newsletter. A book in the works is Walking with God - While Wearing a Gun and Badge. It will be free and downloadable.

The Blue Life Support team travels to cities around the nation to meet with and encourage law enforcement officers. Many times this is when they have been facing especially trying circumstances, such as in Portland, Oregon, and Minneapolis, Minnesota.

The Cornelius Project also holds events, such as Chaplains' Seminars and Blue Life Support seminars. The cover photo on their home page is from the March 7, 2022 seminar in Green Bay, Wisconsin.

Closely related are Sheepdog Seminars - Jimmy Meeks, Lt. Col. David Grossman, and Carl Chinn are the three key speakers. These are aimed at church leaders and safety/security team members, but they ask hosts and attendees to invite as many police offers as possible.

Under the "Resources" tab is a list of categories of available resources:

Most headings link to outside resources. Take, for instance, "Sleep Deprivation." It has text and photos related to the subject, including "The Effects of Sleep Deprivation on Your Body" and a devotional, "Day 14 - God Loves the Cops (and Wants Them to Sleep Better)." It also has a link to a Science Daily article on sleep, "'I'll sleep when I'm dead': The sleep-deprived masculinity stereotype."[8]

The Cornelius Project website is not only available online, but the "Blue Life Support" app is now available in the App Store. Officers can use their mobile devices to access encouragement and biblical wisdom.

The Cornelius Project / Blue Life Support is here to help police officers face the stresses encountered by those in law enforcement.

Training for members of Church Safety Teams is available from Sheepdog Church Security through the Safety Member Certification program. Safety Teams are encouraged to have all their members trained and certified. Those who take and pass all the training modules will be Certified Safety Members for two years.[7]

Quarter 1 of the 2022-2023 school year of Online Events is almost finished, with one class left ("Mass Trauma Emergencies"). Quarter 2 begins on November 13 with "Safety Team Fundamentals." All classes are on Sunday afternoons at 3:00 pm (Central Time).

This is the last of five articles for October. The others are "1999 Temple Grounds Church Shooting" (Lesson Learned), "Do I Smell Smoke?" (In Case of Fire), "The Critical Choice" (To Shoot or Not Shoot), and "A Safe Distance" (Isolating Offenders).