Banner On, Guns Down 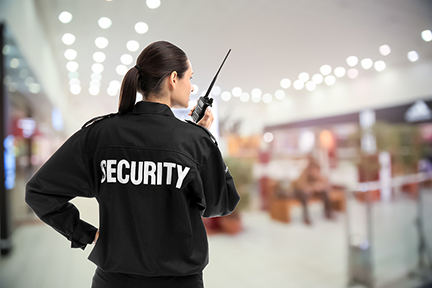 The story of DSM Safety Products

In any kind of confrontation, it is necessary to know who the good guys and the bad guys are. For instance, in team sports each side wears a distinctive color. In football or basketball, the jerseys for one side are white or yellow while those for the other side are a darker color.

Such a distinction is more critical in deadly force incidents. Tragically, the good guy may be mistaken for a bad guy and end up a dead guy. Historically, many military personnel have been killed by their own forces in situations where they could not see each other clearly. In the Civil War, Stonewall Jackson was mistakenly shot by his own men. In August 1943, 24 U.S. and Canadian soldiers were killed by friendly fire in the retaking of Kiska Island in the Aleutians.[1] In recent years, several law enforcement officers, security guards, and good citizens have been killed by "friendly fire" because they were mistaken for the bad guys. Since 1943, there have been many times 24 non-military friendly-fire fatalities.

We do not want law enforcement officers responding to a use-of-force incident at our church mistakenly shooting a Church Safety Team member. That is why Sheepdog Church Security recommends using DSM Safety Banners.[2]

Minnesota and other states. - Most states require deer hunters to wear certain bright colors above the waist when the use of firearms is in season. Minnesota, for example, requires blaze orange or blaze pink. The colors used are not detectable to deer, but easily seen by humans. This way, another hunter knows you are not a buck or doe.[3]

Robbins, Illinois, November 11, 2018 - A man with a gun walked into a bar and began shooting. A security guard stopped him, took him outside, and held him on the ground at gunpoint. One of the responding police officers shot and killed the guard. The word "SECURITY" on his vest was not visible outside at 4:00 to 4:30 AM.[4]

Arvada, Colorado, June19, 2021 - A man who left a note stating he wanted to kill Arvada police officers saw an officer walking in a public square. He exited his vehicle with a shotgun and followed the officer, fatally shooting him when he turned around. He then returned to his truck, traded the shotgun for an AR-15, then walked back toward the fallen officer.

A private citizen who witnessed this drew his concealed handgun, shot the shooter, and took the rifle. A responding officer seeing the man with the AR-15 standing by the fallen suspect shot and killed him.[5]

Aurora, Colorado (July 2018), Robbins, Illinois (November 11, 2018), Amarillo, Texas (February 14, 2018) - In Aurora, a Vietnam veteran shot and killed a home intruder who was trying to kill his grandson. While holding the gun and a flashlight, he was killed by a responding police officer. Almost deaf, he did not hear the officer.

In Robbins, a security guard holding a shooting suspect at gunpoint was killed by a police officer (story above).

In Amarillo, about 100 persons in a downtown mission were taken hostage by a gunman. The gunman was tackled by an ex-con who took his gun. When responding police ordered him to drop it, he lowered it down "so it would not go off" and was wounded by the police.[6]

Equipped for Success: Recommended Essential Equipment is the downloadable free resource for August.[8] Click *HERE* to get it. Several of these items are available at the Sheepdog Church Security's Amazon Page. Those who are not already subscribed to our weekly update or the monthly newsletter The Church Guardian will be signed up.

To Avoid Repeating a Tragedy

The search for effective identification began with a question and was made more urgent by a tragedy. It resulted in a handy, usable, and effective product, the DSM Safety Banner.

It was October 2007. Sgt. Michael Lessman was teaching a class for law enforcement officers - "Response to Active Shooters." Someone raised the question of how off-duty or plainclothes officers could effectively identify themselves when responding to an active shooter event. How could other officers not mistake the non-uniformed officer for a suspect?

This started a search by Lessman for ways the officer could identify himself or herself. It had to be quick. It had to leave both hands free. It had to be plainly visible and easily understood. Some long-standing ways were considered:

On January 25, 2008, about three months after Sgt. Lessman began searching for effective officer identification, an off-duty cop on the other side of the country was killed. As Christopher Ridley, a two-year Mount Vernon, NY, police officer, was driving through downtown White Plains, he saw two men fighting. He got out of his car to break up the fight, and pulled out his gun. A witness reported hearing shots fired. Just then, two county police officers arrived and ordered Ridley to drop his weapon. He turned to see who was shouting, and they shot him. One writer thinks his hearing was dulled by the previous gunshots so that he did not understand the command.[9]

This "Blue-on-Blue" friendly-fire incident drove Lessman even harder in seeking a way to end these needless tragedies. This was so intense that he would awaken from sleep to discuss it with his wife.

The one idea which proved workable was a banner with bold letters and reflective colors which would show from any direction. It had to be easy to carry and easy and quick to put on with one hand, even while walking. The design was refined several times on the drawing board. By 2009 the DSM Safety Banner (DSM means, "Don't Shoot Me") was ready to present to police departments. DSM Safety Products was named "Best of Show" in TREXPO West 2009, and the DSM Safety Banner was featured in that month's March issue of Police Magazine.

DSM Safety Products[10] has banners for more than police. They also have them for LEOSA/Retired Officers, Security Teams (Teams, School, Church), and Medical Professionals. They also have Sling Sleeves to fit over the slings of rifles and go bags of qualified groups.

LEOSA/Retired Officers refers to those persons covered by the 2004 Law Enforcement Officers Safety Act as amended in 2013. This allows qualified law enforcement officers, whether active or retired, to carry concealed firearms (with some restrictions and exemptions) in any state or territory. Retired law enforcement officers in your church would qualify for these, especially if they are on or work with the Church Safety Ministry.

Security Team banners are for qualified security forces of schools and churches. Members of the Church Safety Team may qualify for buying the safety banners (see Vetting for Security below).

Medical Group banners are for medical professionals, and might be used by those professionals who are members of medical response teams in schools and churches.

Since a product identifying non-uniformed police officers has the potential of abuse by criminals and terrorists, DSM uses a vetting process to be sure those ordering police safety banners are legitimate police departments or their officers. Their statement is,

"We will vehemently protect the integrity of the DSM Safety Banner System that has been adopted by law enforcement agencies and security units around the world. It's about saving lives.

In our support for the fight against global terrorism & criminals we vet every order before shipment."[11]

The same vetting applies to churches, schools, and medical professionals.

DSM Safety Products explains the need for identification and how the safety banners work in a short video. It opens with a plainclothes officer in his car receiving notice of an active shooter nearby. He rushes in to find and confront the gunman. Soon following is a uniformed officer who comes upon the first officer from behind. Watch the video to see how this turns out.[12]

Other Providers of Essential Equipment

August's focus is "Equipping for Service," featuring the Sheepdog Church Security Store on Amazon, "Recommended Equipment for Safety Ministries."[13] To protect the vetting process, DSM Safety Banners are not in the Amazon store.

There are two other providers of SDCS recommended equipment and supplies not in the SDCS Amazon store, Mountain Man Medical and Reflex Protect. Both companies are located in Colorado.

Reflex Protect was conceived in tragedy. Several of Joe Anderson's co-workers were killed by a mass killer in the 1993 California Street Shooting, sought a product ordinary people could use to protect themselves from a violent person. Finally he was able to work with a partner to develop the Reflex Protect defensive sprayer and the non-injuring Presidia Gel. They also make and sell Reflex Remove, a decontaminant to clean the gel off an already subdued subject.[16]

You do not want to be the good guy who is mistaken for a bad guy and ends up being a dead guy. The purpose of DSM Safety Products is to prevent that scenario. Their DSM Safety Banner is designed to identify you as the "good guy" at the scene - "Banner On, Don't Shoot!"