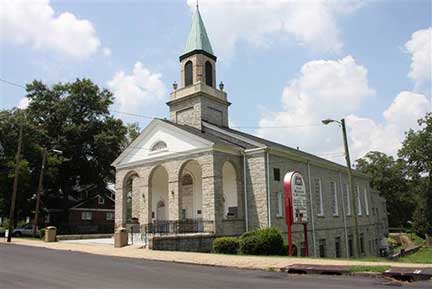 A Church Safety Ministry needs to be aware of people at risk in the congregation and whether they pose a threat of violence:
Know well the condition of your flocks, and give attention to your herds (Proverbs 27:23).

There are many causes of mental illness; national sin (as in this verse) is only one of them:
The Lord will strike you with madness and blindness and confusion of mind (Deuteronomy 28:28).

We should view people at risk as people in need of compassion:
The Lord is near to the brokenhearted and saves the crushed in spirit (Psalm 34:18).

Not all threats to the flock come from outside the congregation. Many times, it is members of the church and their families who pose a risk of disruption, sometimes even deadly violence. Contributing causes include, among others, financial hardship, dysfunctional relationships, and mental illness.

The Pot Boils Over

On Sunday, October 5, 2003, a woman in her forties went early to Turner Monumental A.M.E. Church in the Kirkwood neighborhood of Atlanta, Georgia, to talk with the pastor, Rev. Reynolds. After Sunday School, she and her mother (who was 67) went into the sanctuary to prepare the communion table. The pastor, who'd just finished teaching his class, stopped by the table to speak with the women. As he moved on, the woman pulled a .44 caliber pistol out of her purse and shot the pastor in the back. She then shot her mother in the head. Her final act was killing herself. With no suicide note, the question remains of what it was that made her pot boil over.

The woman had been released not long before from a mental hospital. More recently, she'd lost her job. People who knew her said she was unstable, which usually means that you never know when something will set that person off, into either depression or a rage. We do not have any clarification of those statements, but one time at least it was severe enough to require institutional committal. Witnesses did note that she "seemed agitated" that morning. If it had been because of the job loss, it would not have taken much to set her off. We have no record of her conversation with the pastor or anything her mother said.

Why did the killer have the pistol in her purse? Did she have the habit of carrying it around? Or had she been planning to shoot someone? No indication was left either way. In either case, today we would expect that a person with her history of mental illness requiring committal would not be able to legally buy a firearm. Still, where did she get the gun?

Maybe she got it from her 19-year-old son. The following January, he invaded two homes in a day. In the first home invasion, he stole a car. In the second one, he shot and killed a man and his son. He returned to the house to retrieve his cell phone, and ran past the new widow. Police tracked him down, and he was killed in the confrontation. If she got it from him, did he give it to her or did she just take it? We'll never know. All we know is that a mentally-disturbed person had a deadly weapon in church that morning.

The news quickly spread to other African-American churches in the greater Atlanta area, several of them where Rev. Reynolds had previously pastored. That afternoon, many of their members went to Turner Monumental to comfort the mourning parishioners and the families of the victims. Members of the congregation were understanding and supportive of the shooter's family, knowing that she had mental problems.

The long-term response of Turner Monumental African Methodist Episcopal Church is to host monthly meetings between community members and local police. The goal is to increase safety and security in that area of town. This is actually a continuation and development of Rev. Reynolds' work with the Kirkwood Neighbors Organization.

As of now, I do not know what safety and security measures are in place for the church. Maybe they keep that confidential.

There have been mentally ill people for thousands of years. Some examples are given or alluded to in the Bible. Deuteronomy 28:28 names "madness" as one of the consequences of Israel turning away from God to idols. It is known that many pagan religions involved demonic activity. St. Paul said as much in 1 Corinthians 10:20-21, when he implied "that what pagans sacrifice they offer to demons and not to God." Some cases of mental illness are really demon possession, but not all. There are also physical reasons for mental illness, especially schizophrenia and bi-polar disorder (previously known as manic-depression). Without knowing the diagnosis, we cannot be certain what kind of mental disorder afflicted the killer.

Solomon advised his readers to "Know well the condition of your flocks" (Proverbs 27:23). For church leaders this includes being aware of the mental health of the congregants. It also means knowing their living circumstances and the welfare of their families. At Turner Monumental, others knew about the shooter's mental illness and her recent job loss. News articles related to the 2003 shooting at TMAMEC indicate that no one suspected that the killer would become violent.

For a Church Safety Ministry, this lesson applies to threat assessment. This might not be a formal committee, but church leaders, including the Church Safety Director, need to confidentially share their concerns about members of the congregation, their families and acquaintances, and people in the community. This was before many churches had safety or security teams.

Now this is hypothetical, since we have so little information, but it could be a real situation in a church now: If a Safety Team member aware of the woman's mental health problems had noticed her agitation, that team member could have engaged her in conversation, giving her a chance to unload some of her anxiety. Suppose she expressed fear for her safety. She could have been tactfully led to disclose how she planned to protect herself. If she said she had a gun or showed it, he/she could have tried to get her to at least check it in until she left.

It seems especially appropriate that this church shooting incident is for the month we discuss dealing with disruptive persons, since this was by a disturbed member of the congregation. The special resource for April is Behavioral Emergencies: Dealing with people in crisis.[1] Click *HERE* to get it. The Sheepdog Church Security training course is Deescalating Disruptive Persons v4.[2] More information on this topic is found in the Church Security Guide.[3]

Sometimes verbal de-escalation does not work and you have to defend yourself. The featured product is Reflex Protect with Presidia Gel[4], a new defensive spray.

We need to know the flock, those under our protection. This is primarily to help them when they need it. Sometimes it helps us defend the rest of the flock from one of its own members.

The other articles for April are "Finding a Non-Violent Defense" (The Background of Reflex Protect), "Seeds of Disruption" (Why People Become Disruptive), and "Cooling Heated Tempers" (Using Verbal De-escalation).