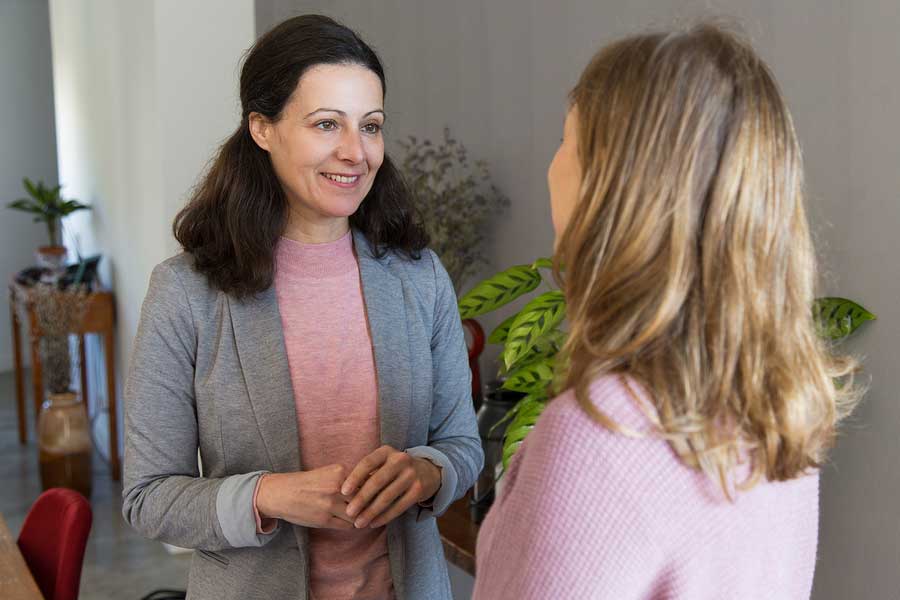 They kept a safe distance –

The people stood far off, while Moses drew near to the thick darkness where God was (Exodus 20:21).

Stand therefore, having fastened on the belt of truth, and having put on the breastplate of righteousness (Ephesians 6:14).

… and the angel of the Lord took his stand in the way as his adversary (Numbers 22:22).

“Say to the congregation, Get away from the dwelling of Korah, Dathan, and Abiram.” (Numbers 16:24).

Abner did not keep his distance –

And when Abner returned to Hebron, Joab took him aside into the midst of the gate to speak with him privately, and there he struck him in the stomach, so that he died, for the blood of Asahel his brother (2 Samuel 3:27).

Kissimmee, Florida, May 22, 2013 - A man being questioned about a triple murder in Boston grabbed a knife from the kitchen counter and lunged at an FBI agent, wounding him. The agent shot the suspect, killing him. [1] Investigators and security specialists raised questions about why they let the suspect stand near the kitchen counter where the knives were, and why the officer did not keep a safe distance from the suspect, who was a mixed martial arts specialist and had a record of using edged weapons. [2]

There are hardly any news stories - if any at all - of potential victims not being attacked or hurt because they maintained a safe distance from and a defensible position toward a hostile person. In these cases, no news is good news. Why is no news story good? Because either there was no attack, or if one was attempted, the &"victim&" was able to get out of the way or ward off an ineffective blow. If the intended victim was injured or the attacker was seriously hurt or killed, this would have been more likely to make the news.

Some products or machinery have labels or user manuals have advice such as the following:

It is not only in using equipment and tools where we are told to keep a safe distance and position. The Bible has warnings about keeping our distance from danger. God told Moses to tell the people to keep their distance from the mountain, which they did (Ex. 20:21). During Korah's rebellion, God said everyone should get away from Korah and his conspirators before they were swallowed by a crevice opening up (Num. 16:24).

On the other hand, Abner was not watchful when Joab called him aside to talk with him privately. Up close, Joab pulled out a dagger and killed Abner in revenge for what had been done in self-defense (2 Sam. 3:27). David said, &"Should Abner die as a fool dies?&" (2 Sam 3:33).

What Is a Safe Distance?

When putting ourselves a safe distance from a potentially hostile person, we must first consider what makes the distance safe or unsafe. A few of the factors are personal space, reach, thrust, travel time, and detection/reaction time.

Each person has his or her own personal space. One person's personal space may be wider or smaller than another's. When that person feels threatened, is angry, or is otherwise emotionally distressed or upset, this personal space - their &"defensive sphere&" - expands.

One figure of speech we have heard is, &"Keep them at arm's length.&" Usually used figuratively, this does have a physical basis. It pictures not letting someone get too close by holding your arm out with the palm raised. For us, keeping a safe distance means staying beyond the other person's arm length plus a little more. For most, this is 2-3 feet, more for someone taller with longer arms.

Why this distance? (1) For most people this defines their personal space. (2) It is the limit of their touch. However, this is not the effective limit. All of us can lean and/or stretch to some degree, increasing our range of touch, but it is hard for someone to shove you at the limit of their reach. Also, if the person has an object in their hand, such as a rod, that will increase their reach.

When a person swings at someone, the momentum stretches their reach. This is even more so with something in the hand. It is only natural for them to move a foot toward the other person (such as us) when making a thrust, increasing their range. The subject may also throw an object, multiplying the impact range. Allowing for thrust increases the distance we need to be safe.

We can also measure the distance by how long it takes an attacker to move. The younger, stronger, and more fit the subject is, the farther he or she can move in a second or two.

Our own detection of a move by the subject, recognizing it as a threat, and making our defensive move takes a little time. Meanwhile, the attacker has already started to move and is still moving, even accelerating. The time and distance covered between an attacker's first move and our response is called the &"reaction gap.&" This is what ultimately determines our own safe distance, depending on whether the subject is armed or unarmed, trained or untrained, practiced or inexperienced and our own ability to detect and respond within that time.

Several attempts have been made to measure the time it takes for an assailant to launch a successful attack. The average time it takes an armed defendant to pull out a handgun, aim and shoot is 1.7 seconds or longer (depending on experience, holstering, and skill). A young man of average size and build in his 20s or 30s can cover seven yards (21 feet) in this time. Some people, such as mixed martial arts experts, are even faster.

If you are unarmed, you can respond more quickly if you can predict the assailant's trajectory and know the right defensive moves. If the assailant is armed with an edged weapon, your best defense is to pick up an available object, such as a trash can, to block a thrust or slash.

What Is a Defensible Position?

It is not only our distance but our stance which enables us to defend ourselves. We cannot always engage a subject conversationally from 21 feet away, but we can stand in a way which gives us more time and reduces an attacker's advantage. 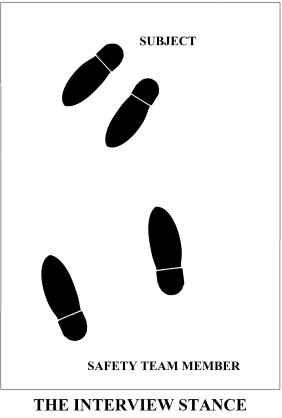 The most recommended position is the interview stance. Stand off the subject's weak side with your feet about shoulder-width apart. Being on the weak side increases the distance from his/her strong hand and forces him/her to turn if attacking.

The line between your feet should be about a 40° to 80° angle to the line between the subject's feet. This makes it harder to knock you off balance. Meanwhile, you can pivot to increase the distance as the subject turns. 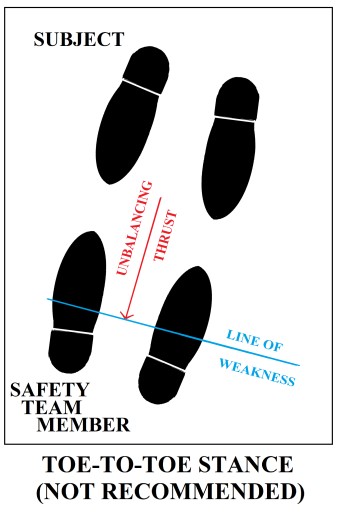 The interview stance has a distinct advantage over standing toe-to-toe. First of all, this is less threatening. Toe-to-toe comes across as nose-to-nose, which is confrontational.

The interview stance gives you more time to respond if the person you're dealing with begins an attack. Depending on how the assailant moves, you can move to dodge or block a blow with the fist, hit the strong wrist to knock a knife loose, seize an arm if they lunge in an attempt to grab you, etc., or trip the subject.

This brings us to the topic of another article on blocks and holds.

Other articles in this series are &"At Level Yellow&" (situational awareness), &"Hold Off, Hold On&" (block thrusts, execute holds), and &"Hold Down&" (tackles, takedowns, throws, and training).