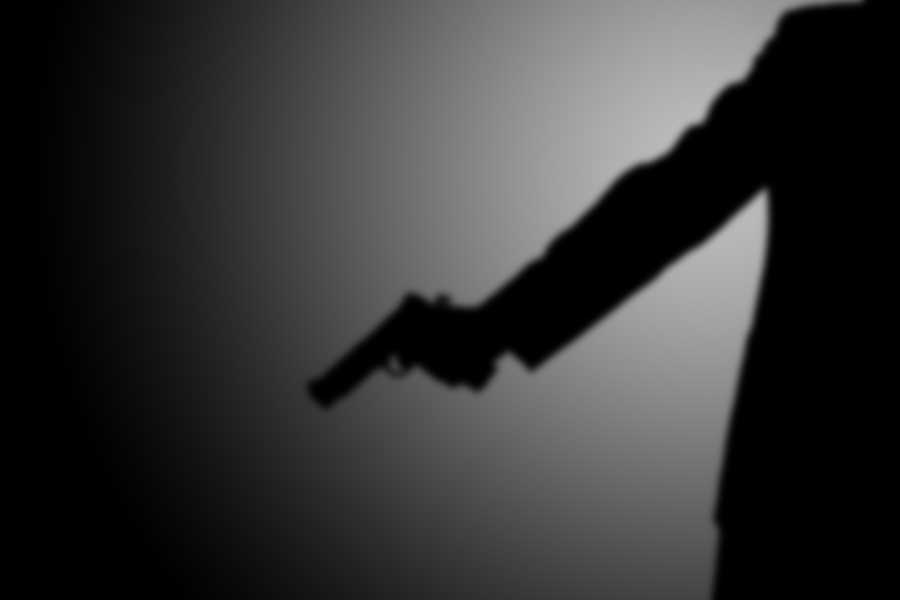 The prudent sees danger and hides himself, but the simple go on and suffer for it (Proverbs 27:12).

So then let us not sleep, as others do, but let us keep awake and be sober (1 Thessalonians 5:6).

Since the 1980 killing of five in a Daingerfield, Texas church [3] and the 1999 attack at the Wedgewood Baptist Church in Fort Worth, Texas [4], there have been several deadly force attacks on churches, including three in 2017 [5]. This has led to studies of how to best protect our churches from violent assaults.

The first key step in preparing to defend the church against an active killer attack is a Facility Assessment. The training course says, "In order to know what security measures must be implemented a facility assessment must be conducted to identify (1) access points, (2) security vulnerabilities, and (3) areas in the building that can serve as shelter or safe areas" [6]. Also under consideration would be security technologies, such as entry point alarms, communication systems, and surveillance systems (cameras and motion detectors). The Facility Assessment will help with the first three of the 4 Ds.

Two churches, attacked almost ten years apart, illustrate the popular saying, "To be forewarned is to be forearmed."

They knew he was coming

On December 9, 2007, a young man pulled his car into the parking lot of the New Life Church in Colorado Springs. Twelve-and-a-half hours earlier, he had shot four persons at a Youth With A Mission center in Arvada, killing two. Armed with several firearms, he exited his vehicle and began firing, killing two sisters and wounding their father and two other persons.

Running into the church foyer, he found it almost empty. An usher yelled, deliberately distracting him. He wounded the usher. As he turned toward the worship center doors, a church security team member fired several shots, severely wounding him. He pulled out his handgun and shot himself in the head.

The security team member, a former police officer, had heard about the Arvada attack and the identity of the assailant, someone known to the church staff. She urged the church to increase security, which they did. Hearing gunfire in the parking lot, she positioned herself to ambush the attacker when he came in. The distraction stopped him long enough for her to draw a bead on him. [7]

They should have been ready

The husband of a member of the First Baptist Church in Sutherland Springs, Texas had a history of severe domestic violence - the reason he had been court-martialed, confined, then dishonorably discharged by the Air Force. He had been threatening his wife's mother, also a member of the church.

On November 5, 2017, he jumped out of his SUV by the church and began firing at the building with a semi-automatic weapon, knocking out windows. Entering the sanctuary, he began methodically shooting people, including children, the pastor's teen daughter, and his wife's grandmother. Counting an unborn child, 26 persons were killed in the church. Eight members of one family were among the dead.

Exiting the church, he was engaged by a neighbor with a rifle. A road chase ensued, ending with the assailant driving off the road and killing himself.

Knowing how the man was, and considering the threats, why was the church not protected? They could have asked the Sheriff's office for security. Did the mother-in-law tell them about the threats? A threat assessment would have taken this into consideration. [8]

The first D is Detect the Threat. This involves perception, detection and identification. Detecting threats is situational awareness on both team and individual levels.

From what we, as a Safety Ministry, collectively and individually know, we should be able to perceive potential threats. This is the function of Threat Assessments. In a threat assessment, members of the Safety Committee and the pastoral team share what they know about situations and persons at risk in the congregation and the community.

Threat assessment is not a strictly scheduled activity, though regular meetings may be held, but an ongoing process. The pastoral staff and safety ministry members should listen to and take seriously concerns of people in the congregation and the community. People should feel free to share their concerns, knowing that these will be kept confidential.

Most violent disruptions, including active shootings, are by people who have some connection with the church. For instance, the shooter in Colorado had some interaction with YWAM, and had attended New Life Church as a youth. In-laws of the Sutherland Springs killer were members of the church, and he had attended special events there. The attacker of the Church of Christ in Antioch, Tennessee (6 weeks before Sutherland Springs) was a former member of that congregation [9].

In Colorado Springs, when members of the security team heard about the YWAM shooting, they knew the shooter, and thought he would probably come to the church, which he did. They expected him to come during a service and begin shooting in the church, but he came into the parking lot as people were leaving.

In Sutherland Springs, the shooter had attended a Fall Festival less than a week before. His manner made several members feel uneasy, yet no precautions we know of were taken. They did not have a safety team, but they could have asked for special police protection for Sunday services, such as a deputy parked where he could cover the entry. One question is this: Did the shooter's mother-in-law tell the police or the elders and/or pastor before the attack about the threats she was receiving?

Detection has a number of components. It's more than just "Look and see."

The ability to detect attackers approaching the church or in the church building should be covered in the Facility Assessment. The assessment shows points of possible entry, not just doors and windows. It determines how hardened these points are. Windows and doors should be in good condition, not easily forced. Alarms on vents and windows would detect attempts at forced entry.

Detection includes visibility of approaches, not only from the street and the parking lot, but also from neighboring properties, The view from windows should not be blocked by shrubs and trees.

Visibility may also include surveillance cameras. These are more affordable now than they were a few years ago, and a team leader or other safety team member can monitor it on mobile devices or a wall-mounted or desk-top monitor in the foyer. In view of this, it is advisable for even small churches to consider these cameras, even it is only a few well-placed ones.

All doors without a greeter or safety team member present need to be locked (opened only from the inside), especially after services begin. Force the attacker to come in where he or she can be seen. Surveillance cameras (if there are any) should be monitored. They should cover approaches to the main door, including against the outside wall.

If it can be done, have a parking lot attendant who is trained in watching for suspicious persons and activities. Did New Life have a team member outside? If so, was he or she armed?

When an intruder or would-be intruder is detected, communication is the key to an effective response, first to the Church Safety Team, and from them to the church staff and congregation. This is like a police officer radioing his location and saying he spotted a suspect.

Know what to look for, how to identify an attacker. How and where did they come onto the grounds and park? Is the person carrying an open weapon? Do they appear to be concealing an attack weapon? Are they acting suspiciously? If someone has been identified as a likely threat in a threat assessment, are safety team members on duty alerted to watch for that person? Would they recognize that person (cue: send the person's photo to the team members' cell phones)? Do they know what to do if that person is spotted?

Full-scale active shooter drills are useful for conditioning a Church Safety Team to respond effectively to an armed attack on the congregation by one or two individuals. Of course, it's hard to hold them frequently, but try to have at least one a year.

More often, a smaller active killer detection drill can be made, focused on quickly spotting and identifying an armed assailant. In one drill, a number of approach scenarios can be acted out. One aspect of such a drill is spotting signs of concealed weapons. Another is identifying suspicious behavior, such as parking in a far corner and sneaking up to the church by hiding behind parked vehicles.

Although the chances that any one congregation would be the target of an active killer assault, the potential consequences of such an attack mean that we should take feasible measures to forestall such an event and to limit casualties and bring the incident to a short end. Besides detecting the threat of such an assault, churches also need to deter it, and in the event of its eventuality to delay and defeat the attacker.

More on This Topic

To learn more about detecting the threat of an active shooter, get Sheepdog Church Security's free download here: _______________ .