Making the Church a Safe Place 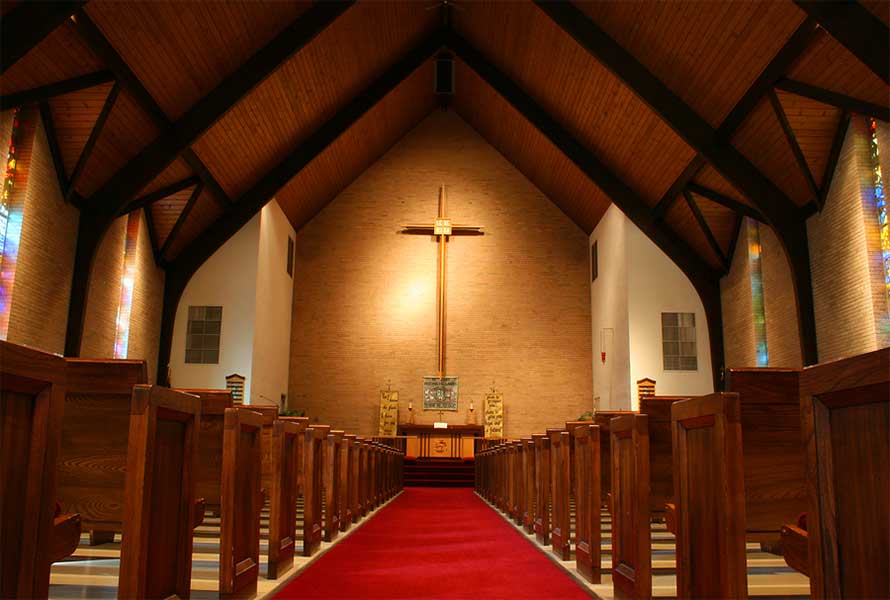 Starting a Safety Ministry in a Church

He sets on high those who are lowly, and those who mourn are lifted to safety (Job 5:11).

He redeems my soul in safety from the battle that I wage, for many are arrayed against me (Psalm 55:18).

Let me dwell in your tent forever! Let me take refuge under the shelter of your wings! Selah (Psalm 61:4)

Upper St. Clair, Pennsylvania, February 19, 2019 - A church administrator and his wife were arrested and charged with embezzling over a million dollars from their congregation.* This was discovered following an inquiry by the church treasurer[2].
*These are allegations – they are presumed innocent until proven guilty.

What Is a Sanctuary?

The auditorium or worship center in most churches is called the sanctuary. Sanctuary comes from the Latin word sanctus, which means "holy." This is a holy place, where people come to meet with God, to conduct religious rites, and to pray and worship[4][5].

Sanctuary has also come to mean a refuge, a place of safety. During the Middle Ages, someone fleeing arrest could take refuge in a church for up to 40 days, giving him time to appeal to a higher authority. Due process as we know it was unknown at that time. The concept of the sanctuary where a suspect could await trial echoed the Levitical cities in Israel which were cities of refuge (Numbers 35).

Although places of worship no longer have legal status in this country as refuges from law enforcement officers, police are still reluctant to enter a church to arrest a person for minor crimes, such as petty theft, unless requested by the church itself.

Most of us tend to think of a church as a sanctuary, not only as a religious center but as a safe place. In recent years, however, frequent news stories of thefts, sexual assaults, and violence have shattered the image of churches as safe places. Add to this fires and severe storms. The "safe place" does not seem so safe anymore, yet many congregants still hold to the "place of safety" image with the idea, "It can't happen here." The sad truth is that it can. Churches may now be, on the average, more fireproof and better able to withstand storms, but criminal activity has become more of a threat during the past few decades.

Carl Chinn, founder of the Faith Based Security Network,has compiled statistics on deadly force incidents impacting places of worship and faith-based organizations in the United States since 1999, with complete numbers for 2017 (2018 is not yet completed). During this period, there have been 1,709 deadly force incidents with 813 fatalities. 2017 had the worst record, with 261 incidents and 118 fatalities. Twenty-six of the fatalities (22%) were in one incident, but even without these, 2017 would still have been the deadliest year with 92 deaths. Several means of deadly force were used, the greatest proportion being firearms[6].

Non-violent crimes which happen in churches or involve pastors, staff, and volunteers, include sexual abuse, physical abuse, kidnapping, and theft.

Sexual abuse in churches is more prevalent than most want to admit. It might not be as prevalent as theft, but it is more damaging to the minds, emotions, and bodies of its victims. Related to this are physical abuse and kidnapping. Victims often suffer both physical and sexual abuse.

Abduction is most often committed by a non-custodial parent, but children are also kidnapped by sexual predators or for ransom. Rare, but still a concern, is child theft, when an unrelated person takes a child to make it her own.

Theft of various kinds may be the most prevalent non-violent crime in churches, even when excluding robbery since it threatens violence. This includes pickpocketing, rummaging through coat pockets on a rack, stealing loose items, taking cash from offering plates and "honor pay" containers (such as at a coffee counter), pilfering items from an unlocked office or classroom, and burglary. Vehicles in the parking lot are also theft targets, usually for contents but sometimes for the vehicle itself or its parts (such as wheels).

The most expensive form of theft is embezzlement. It is estimated to be more than the other kinds of theft combined. Embezzlement is also the type of theft which can go the longest without being noticed.

Criminal activity is not the only threat to the church, challenging its status as a "safe place." Other threats are natural forces, technological failures, and human caused failures.

Natural events which threaten churches and their occupants are severe weather, earthquakes, floods & landslides, wildfires, and epidemics. The most dangerous severe weather events are tornadoes, hurricanes, winter storms, and extreme temperatures. Wildfires can occur in any state, but are more likely in some, especially under dry conditions.

The most common technological failures which impact a church are power outages, computer failure, hacking, viruses, and equipment failure (such as heating or cooling). Certain precautions can be taken to make these less likely or, in the case of a power outage, to be prepared for it.

Some of the technological failures may be human-caused, but there are others. Among these are traffic accidents, structural failure (due to poor design or lack of maintenance), spills, and negligence (such as water left running, tripping hazards not removed, etc.).

Fire can result from natural causes (such as earthquake or lightning), technological failures (such as electrical shorts, overheated equipment, or gas leaks), and human failure (such as candles not fully extinguished, range burner left on, etc.). It can also be caused by criminal activity, especially arson.

Making the Church a Safe Place

How are the church and its members to be protected from the various threats to their safety and well-being? That is the mission of a Church Safety Ministry, protecting the flock. Sheepdog Church Security has several programs to train members of the Church Safety Ministry for this, but first the church needs to have a safety ministry. So how do we start one?

Among its training courses[7], Sheepdog Church Security has a Safety Ministry Proposal and Starter Kit[1]. This will educate church leadership and those wishing to start a safety ministry on the risks faced by churches today. It has a PowerPoint presentation, an instructor's guide, team proposal form, duty descriptions form, budget request worksheet, and a Church Security Assessment form.

Other articles in this series are "Blueprint" (Plan for Safety), "Presentation" (Propose and Persuade), and "Implementation" (Setting Up a Safety Ministry).