Ready to Use the Gear 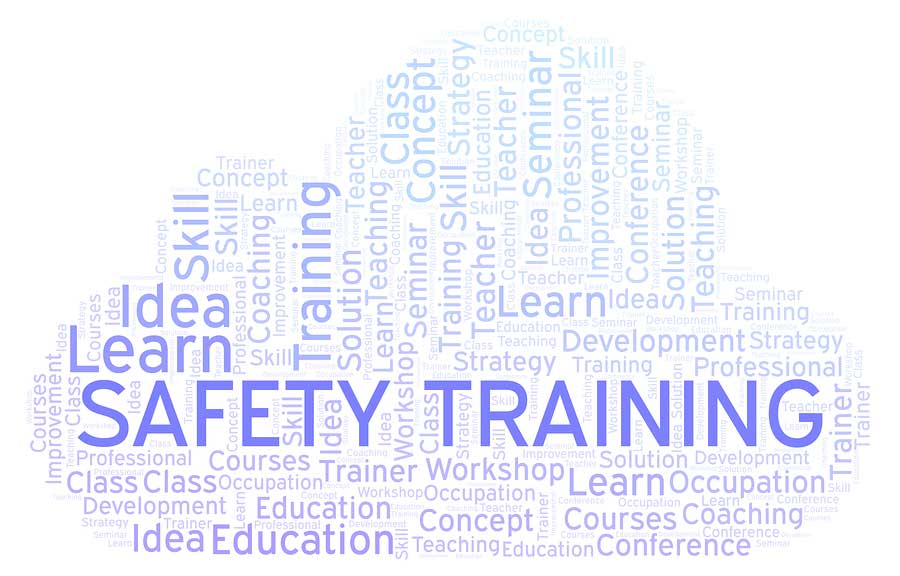 Gearing Up for Safety

When Abram heard that his kinsman had been taken captive, he led forth his trained men, born in his house, 318 of them, and went in pursuit as far as Dan (Genesis 14:14).

Abram’s men were trained warriors. The next verse shows how he used good military tactics to engage the invaders and pursue them even further. This resulted in the rescue of the captives and the recovery of the loot.
He trains my hands for war, so that my arms can bend a bow of bronze (2 Samuel 22:35 and Psalm 18:34).

As David was trained for war, we should be trained for defense.
A disciple is not above his teacher, but everyone when he is fully trained will be like his teacher (Luke 6:40).

Jesus referred to trained students gaining the skills of their teachers. The sincerest compliment teachers can receive is for their students to learn well enough to be like them.
All these were of the sons of Obed-edom with their sons and brothers, able men qualified for the service; sixty-two of Obed-edom (1 Chronicles 26:8).

Likewise, we should be qualified for our service in Church Safety Ministry.
I will instruct you and teach you in the way you should go; I will counsel you with my eye upon you (Psalm 32:8).

Hear instruction and be wise, and do not neglect it (Proverbs 8:33).

United States, 2013-2014 - CNN Investigations and The Center for Investigative Reporting spent a year investigating how armed security guards are trained and licensed in the United States. They concluded that for most, security guard training and supervision are lax. This includes the licensing requirements in several states. For instance, "In 15 states, no firearms training is required at all."

Chicago, Illinois, November 11, 2018 - A police officer called to respond to an active shooter incident in a nightclub mistakenly shot and killed a security guard. The officer had been trained in responding to active shooter situations, but the courses did not include how to identify the actual shooter [2].

United States Armed Forces, 2018-2019 - The U.S. Department of Defense is carrying out its Non-Lethal Weapons Program among the services. According to the Pentagon, "Non-lethal weapons training is vital to their successful operational use." A sample of courses conducted so far includes OC spray training on the aircraft carrier USS John C. Stennis, "Keep the Peace" training for the 716th Military Police Battalion Peacekeepers at Fort Campbell, and a "Directed Energy Experimentation Campaign" led by the 704th Test Group [3].

Rawlins, Wyoming, November 21, 2018 - The Marshall of Hanna, WY, told the Rawlins Times that he had received training in Cheyenne for "alternative tools" (non-lethal weapons) then trained his deputies. He has offered to train other local law enforcement departments [4]

Nationwide - Several institutions and firms are providing training in video surveillance. These courses are designed for security professionals.

The doorbell rings. A delivery driver is at the door with a box from Amazon. You sign the digital pad and take the box. In it you find equipment you ordered. Also in the box are an owner's manual and a card that says, "Read all the instructions before using."

There are still many people who have the attitude that instructions are what you read when something doesn't work. Then they find out they should have read them first, because now it not only doesn't work, but it cannot be fixed.

This is true for driving automobiles. Not only do we have to learn how a vehicle works, we have to know the rules of the road and pass tests on both our knowledge and our driving skills to get a motor vehicle operator's license. We must be trained (taking driving lessons), qualified (as shown by testing), and certified (issued a driver's license).

When using devices which have the potential of causing serious injury or death, especially those designed for that purpose, we have the stewardship of other persons' lives and health. Training in the use of firearms, for instance, should go beyond knowing how to load the weapon, aim it, and pull the trigger. It goes far beyond target practice.

Proper firearms training includes firearms safety, care of the weapon, and knowing when to use or not use it. This should also include federal, state, and local laws pertaining to firearms, other weapons (lethal and less-than-lethal), and the use of force. The National Rifle Association began with firearms safety education for hunters, which now also covers self defense.

Law enforcement officers have to undergo background checks, psychological evaluations, and intense training before they can be commissioned for duty. Even then, critical questions may go unanswered in specialized training, as in the second news story above, when an active shooter response course failed to tell how to identify the actual active shooter.

The first news story showed that licensed armed security guards need training. Also, close screening is needed to ensure that only qualified applicants will be hired to carry guns. In church safety & security ministries, we need to do the necessary checking of applicants' records and references before adding them to our safety teams. New members also need to be trained. Sheepdog Church Security has training courses [5] including the use of defensive devices, such as Protecting Yourself and the Church with Use of Force Laws [6] and Active Shooter Neutralization and Lock Down Drills [7].

Firearms qualification includes proficiency. Sharpen your aim with time on the firing range. If you have to shoot, it is important to hit your target. First of all, you need to immobilize an attacker as soon as possible. Secondly, and just as important, you don't want to hit innocent people. On the firing range, aim for more than a circular bull's eye. Include pop-up targets and shooting between neutral images.

Less-than-lethal weapons are those which were designed to not be lethal. Since there is a chance of lethality, even if very remote, they are no longer generally called "non-lethal." Preferring to err on the side of caution, some authorities now call them "less lethal" weapons.

Several less-than-lethal weapons have been used by criminals to intentionally inflict serious bodily injury, even death. Some weapons, such as black jacks, are illegal in several states and cities. Non-criminals have misused less-than-lethal weapons carelessly, ignorantly, or with excessive force, seriously injuring subjects unintentionally. For these reasons, some of these devices are regulated by a number of states. For instance, in many places training and certification is required for using batons. Even pepper spray has restrictions in some states and localities.

Before getting and using a less-than-lethal weapon, check your state and local laws. If training and certification is required, get it. Even if training is not required, get competent instruction so that you know how to use these properly and effectively.

More than using devices, there is other training for Church Safety Team members, beginning with the Church Safety and Security Volunteer Academy [8].