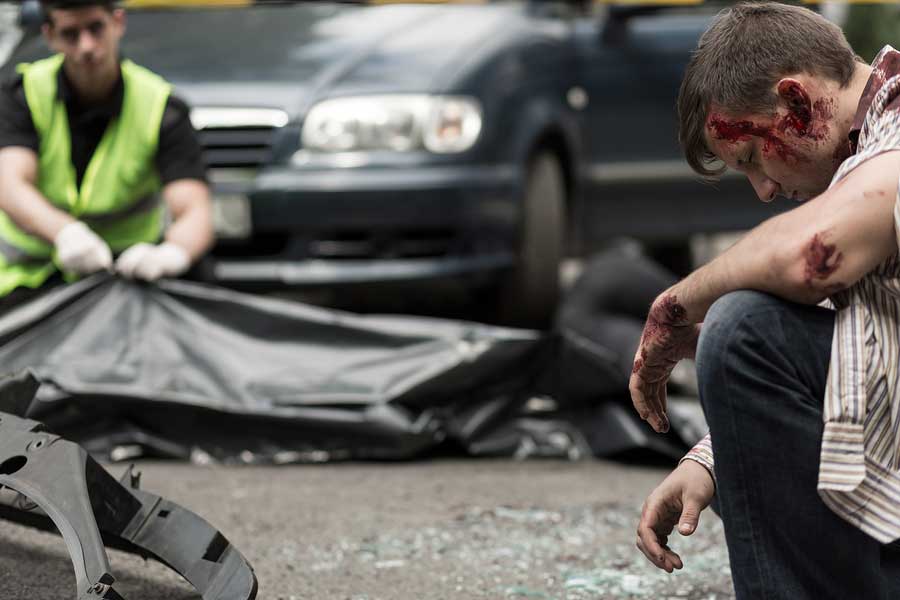 Responding to Code Blue in Churches

There were some present at that very time who told him about the Galileans whose blood Pilate had mingled with their sacrifices (Luke 13:1).

Or those eighteen on whom the tower in Siloam fell and killed them (Luke 13:4).

When the king heard the words of the woman [about how severe the famine was], he tore his clothes—now he was passing by on the wall—and the people looked, and behold, he had sackcloth beneath on his body (2 Kings 6:30).

Durham, North Carolina, April 10, 2019 - A gas leak led to an explosion which destroyed one building and damaged others in downtown Durham. One person was killed and 17 were injured, six critically. The cause of the leak was first thought to be caused by a contractor drilling beneath a sidewalk. [1]

Sri Lanka, Easter Sunday, 2019 - Suicide bombers attacked three churches - both Protestant and Catholic - and three luxury hotels. At least 320 people were killed, and over 500 were injured. Police and other emergency responders were ill-prepared for handling this many dead and injured.

Mexico City, September 19. 2017 - Hundreds of people were killed in a 7.1 magnitude earthquake, and many more were injured. The dead included at least 21 children and five adults in a primary school in Mexico City. Since this was a Tuesday, there were no large crowds in those churches which were damaged or destroyed. This reduced the potential number of casualties.

Some of these scenes are generally unlikely for some locations, but are possible:

Most churches are prepared to handle minor-to-moderate injuries to one or a few persons. But what if there are substantially more injuries? Or what if the injury or injuries are severe? According to Mistovich et al. [2] (as reported in Wikipedia[3]), "A mass casualty incident … is any incident in which emergency medical services resources, such as personnel and equipment, are overwhelmed by the number and severity of casualties."

However, in common usage the term "mass casualty incident" is not always restricted to events that overwhelm resources. For example, an agency or organization reporting on the number or prevalence of these events for statistical purposes generally uses threshold numbers of injuries and/or deaths to define certain types of mass casualty incidents. These numbers tend to range from fifteen to twenty, depending of the organization. But for a small church, five-to-nine people injured could be a mass-casualty incident.

More than just being hurt, the severity of injuries also determines the nature of the event. If several children get scraped knees horsing around on the playground, we might not consider that mass casualties. However, if the same number were seriously injured, that would qualify.

The Louisiana Emergency Response Network has identified five MCI levels, depending on the local resources available in relation to the event [4]

It Can Happen at Church

It's too easy to think, "It can't happen here." It may not have happened to a church in your location, but in each case there was a first time. It is better to be prepared - just in case.

What Can We Do?

The first way to prepare for a possible (even if seemingly unlikely) mass casualty event is to be prepared for the ordinary injuries and medical emergencies as are discussed in the other articles in this series, i.e.the basics.

There are additional considerations in preparing for a mass casualty incident (MCI).

Are enough persons prepared - trained and equipped - for a MCI? Some of the Church Safety Team members and others trained for a Code Blue response may be among the casualties and unable to respond. Enough persons need to be trained so that someone there is able to respond. This means the church's pastoral team, staff, as many volunteers as possible, and any congregational members willing to participate. The example for this is what happened in Pittsburgh. Several members of the Tree of Life Synagogue took "Stop the Bleed" training when it was offered. Those present during the October 2018 armed attack who were not among the casualties were able to save lives of several severely wounded by stopping their bleeding before the medics arrived (responding police also did this).

Train for the Worst

A Mass Casualty Incident is beyond basic First Aid and medical emergency responses in degree. Ordinarily we have only one or two people, maybe even three, needing treatment at one time. Multiply the number of ill* and injured to where it approaches, equals, or exceeds the number of trained responders, and decisions have to be made for who to treat first and allocating available resources.

* Yes, ill. Some people may have heart attacks, strokes, ruptured cerebral aneurisms, hyperventilation, asthma attacks, and other stress-induced physical ailments during a MCI.

This requires, first of all, coordination among those responding. Someone has to take the lead, and emergency leadership should be an aspect of training for a MCI.

This also requires Triage [TREE-awzh]. Triage is determining who gets treated first and who can wait. The aim of triage is to save lives by treating the most critical patients immediately, then the next most critical. Those with the least severe injuries are treated last. If more than one person is needed to treat a critically-injured victim, another responder can be made available. Again, the goal is to save as many lives as possible. Triage also recognizes those who are already dead so the living can be treated. Rescue has a higher priority than recovery.

The Agency for Healthcare Research and Quality (an office or the U.S. Department of Health and Human Services) has issued "Emergency Severity Index (ESI)." This is a handbook for administering triage [5].

Equip for the Worst

To make a trained response more effective you must be adequately equipped and supplied. One of the items for sale on the Sheepdog Church Security Amazon Store[6] is the Ergodyne Arsenal Large Medic First Responder Trauma Duffel Bag[7]. This can be carried to the scene of an event. An extra bag can have the additional items, such as extra tourniquets[8] and pressure bandages[9] for treating multiple severe injuries, and extra nitrile gloves[10] and airway kits[11].

Other items for MCIs include blankets, tarps, stretchers[12], drinking and washing water, and sanitizers. Licensed medical personnel may need other items. If you have these persons in your church, they can advise you on what to get.