Killer on the Loose

Now What Do We Do? 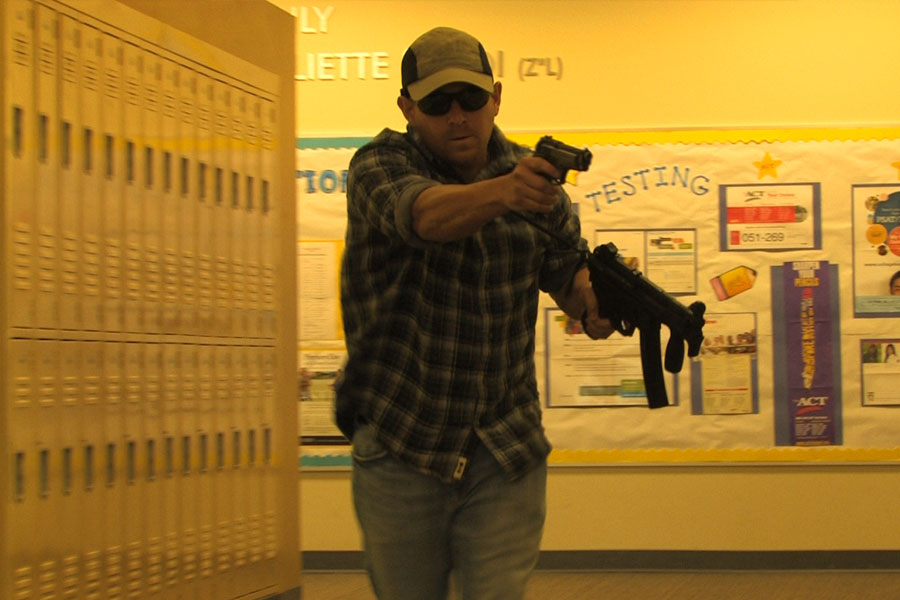 After this, the Moabites and Ammonites with some of the Meunites came to wage war against Jehoshaphat. ~ 2 Chronicles 20:1 (NIV)

History is filled with invasions. In the Bible, Israel was often invaded when they turned away from God. Invasions were used as judgment on wicked kings. But when a good king like Jehoshaphat ruled in Judah, even then they could be invaded. The major difference was the outcome. With the help of God, David, Asa, Jehoshaphat, Amaziah and Hezekiah defeated invaders.

Nations and cities are not the only places to suffer invasions. Businesses, schools and churches are also targets of invaders. That's what a hostile, armed intruder is - an invader. And just as the duty of a national government is to defend its country against invaders, so must a Safety / Security Team defend a church against an active killer. But there is a difference in scale and method.

So, what do we do when an individual armed with firearms and/or explosives comes onto church property with the intent of killing? How do we respond?

The first question is, "Where?" Is he inside or outside? The shooter at the New Life Church in Colorado Springs began shooting when he was outside, killing two people. Then he came in one of the open front doors and killed two more in the foyer. By this time, a security team member opened fire, taking him down. There was little warning, but a quick response.

We can dissect the New Life Active Killer Incident if we want to see if there was a way to better protect the church and its people. But let's go on with what we know.

First, New Life Church did have a security team in place. Several members were off-duty or former law enforcement officers. They were trained in responding to violent incidents, and they did what had to be done to save lives.

If an Active Killer (remember, the definition refers to intent) is spotted outside (here is where watchful eyes and surveillance cameras count), lockout can be activated: all doors immediately locked and all windows closed to keep the killer from entering the building.[1] Call 911. Set up surveillance of the suspect, keep him under watch while waiting for law enforcement to arrive. If any church members or personnel are outside, communicate with them to evacuate or stay out of sight.

Sometimes, when there is a shooting incident in the neighborhood, police will call schools, businesses and churches in the area and advise them to go on lockout.

If the active killer is inside, immediately call for a lockdown. Every classroom should have a plan for lockdown. They should know how to secure the door and where to hide - away from windows and not in line with the door. This is where communication is critical, letting all classes know to lock down.

Monitor the intruder, using security cameras and messages from those watching him. Know where fatal tunnels are where the attacker can be trapped to be engaged, taken down, or held at bay waiting for law enforcement. Be sure to remain concealed while tracking the intruder. The Sheepdog article has more on this.

Our Sheepdog Church Security article Active Shooter Response and Lock-downs for Churches says, "Create battle plans with details such as "If he's in the lobby, Safety member #1 approaches down hallway #1. Member #2 approaches from sanctuary.'" The plans depend on the layout of your church building. Rehearsing several kinds of situations will better prepare you for any situation.

The congregation also needs to be trained what to do in an active killer incident. Four responses are Evacuate, Hide, Call for help, and Engage the active killer. The first two definitely involve the congregation. The third may, depending on circumstances.

It is up to the security team members to engage the intruder if it is feasible. Someone should have already called 911. If the intruder is suddenly by you, you may have to engage him physically. We have advice for when and how to do that.

Being alert and knowing what to do can save many lives in defending the church against an Active Shooter invasion.

[1] By the way, Matthew Murray showed up when people were leaving from one service and coming in for the next, an extremely difficult time for a lockout.