Injuries and Illnesses at Church 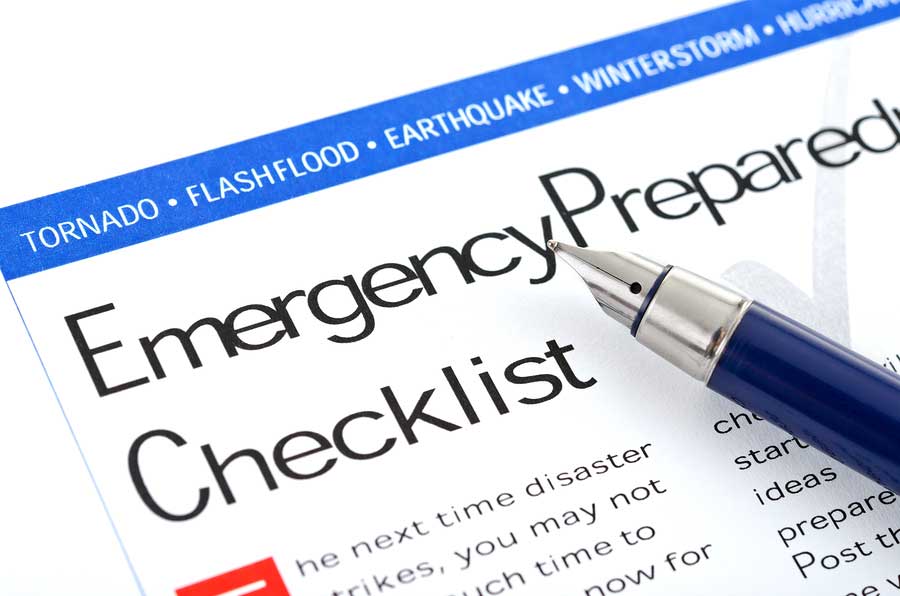 Responding to Code Blue in Churches

Now Ahaziah fell through the lattice in his upper chamber in Samaria, and lay sick (2 Kings 1:2).

Is anyone among you sick? Let him call for the elders of the church, and let them pray over him, anointing him with oil in the name of the Lord (James 5:14).

In an airliner on a cross-country flight, March 2018 - A middle-aged passenger passes out in the rear half of the passenger compartment. Flight attendants ask for a doctor or other healthcare professional. A pediatric physician in the front section responds. She determines the passenger is dehydrated and revives him with fluids. After landing, he debarks under his own power. [1]

Marion, Arkansas, August 23, 2018 - While a high school volleyball game was in progress, an elderly spectator was not feeling well. As a nurse attending the game checked on him, he passed out, his lips turning blue. Immediately she administered CPR. Another nurse in the crowd grabbed the defibrillator and brought it over. The patient revived and was cognizant. Medics took him to the hospital. [2]

Lynchburg, Virginia, February 22, 2019 - A family dinner in a Lynchburg restaurant was interrupted when a man in the family fell unconscious with no pulse and no breathing. An Army medic, who was also dining, saw the event and stepped in, administering CPR. The man started breathing and regained consciousness on the second round. Now the restaurant's owner wants to get an AED and have all employees trained in CPR. [3]

"Is there a doctor in the house?"

An old line used in plays and movies reflects real-life concerns. When there is an injury or a medical emergency, someone asks, "Is there a doctor in the house?" Nowadays, they might ask for a nurse, EMT, or paramedic. The situation at hand requires a person trained in responding to Code Blue (injury or medical emergency).

The scenes where this is depicted in written or dramatized stories are theaters, ships, stores, offices, etc. Churches and other places of worship are noticeably under-represented on the screen or stage as scenes of injury or sudden illness. A notable exception was "A Man Called Peter" with Rev. Peter Marshall suffering a heart attack while in the pulpit. In this scene, which reenacted an actual event, a doctor in the congregation came forward to care for Marshall. Someone was there who saw what was happening and stepped in to help. [4]

In God's House, Too

Medical emergencies and injuries also happen in God's house, the church, even during services. For instance, in the late 1970's in a Seattle church, as the choir filed in, a woman tripped on the riser and fell. She couldn't get up. A fireman in the congregation came onto the platform to treat her. The curtain was closed and the choir dismissed to protect her privacy until she was taken to the hospital. She had broken her leg.

This was only one of many injuries in American churches, not only over several decades, but each year. Not all injuries occur in the church building, many happen outside, such as when a disabled man tripped over a wheel stop in the parking lot of a Los Angeles church and was fatally injured. His family filed suit against the church, alleging negligence in allowing drivers to park improperly. [5]

Normal expectations have risen over the past three or four generations. Homesteaders and ranchers had a general knowledge of how to treat injuries and common illnesses. Doctors were far between, and in many parts of the country they worked circuits, just as many judges and preachers did. My dad grew up on a farm ten miles up a river from the nearest town. He had a scar on the back of his hand where his father stitched a cut.

As late as sixty years ago, firefighters and police officers responded to medical emergencies and treated severe injuries from shootings and vehicular accidents. Emergency medical technicians were not a separate job category, and there were no paramedics. An ambulance driver would have a First Aid assistant - maybe.

Now people in general expect immediate response if anything happens. Someone falls and gets hurt in a store. There had better be at least one employee who knows First Aid, otherwise the management is irresponsible. If a person has a heart attack at a public event, medics had better be there. These expectations spill over into churches. If you have 150 members or more, someone had better be ready to respond if a member or visitor is injured or ill. This has become a litigious society.

There are two main ways a local congregation can protect the people who come to church: readiness and prevention.

A worshiping community, such as a church, needs to be ready to respond when someone has a medical emergency or is injured at its events or on its premises, because these things do happen. This subject is covered in other articles in this series.

The purpose of prevention is making the church a safe and healthful place. Frankly, there is no guarantee that we can make a church completely safe or completely healthful. We can, however make it reasonably so. We must first know how, then persuade the church leadership for certain measures. A good beginning point is "The Full Church Security Assessment" which comes with the Training Materials Bundle for the "Church Safety and Security Volunteer Academy" [6] and some other courses. It includes a facility assessment which guides the committee in looking for health and safety hazards.

Among the most common injuries are trips, slips, and falls. Good housekeeping keeps pathways clear without small object to trip over. Inside, a ripped carpet should be replaced or repaired. Spills should be cleaned up and the floor dried. Outdoors, in icy weather, walkways should be shoveled and/or salted. At all times, they should be cleaned of debris. Tripping hazards should be fixed or blocked. In the Fall, leaves should be cleared.

As to being a healthful place, maintenance has an almost equal role with housekeeping in making a place healthful. We all know that dirt and dust harbor and breed vermin and germs, so it pays to keep the building clean. In the kitchen, sanitation is a matter of health. Even if it is not required by law, it would help to have the church's kitchen and fellowship hall inspected by someone from the county or city health department.

A well-maintained building is also more healthful. Leaks in the roof or walls and around windows and doors let moisture in where mold can grow. Some molds are absolute health hazards, especially the notorious Black Mold. It drove a nationally-known radio personality and his family out of their home. It closed a high school in Virginia until repairs were made and the building was thoroughly cleaned. Many people have had to deal with mold in their homes or businesses.

Legionnaire's Disease is only one of a number of illnesses which grow and spread in HVAC systems. Water systems can also become contaminated.

Illness and injury does happen, even in places of worship. We need to acknowledge this, be ready for them, and work to make them less likely. Some aspects of a Code Blue response are covered in the Sheepdog Church Security training course "Church Safety and Security Volunteer Academy." [6]

This series addresses Code Blue situations (an injury or medical emergency requiring immediate attention). Other articles in this series care about being trained to respond, being equipped to respond, and dealing with severe injuries and mass casualty events.