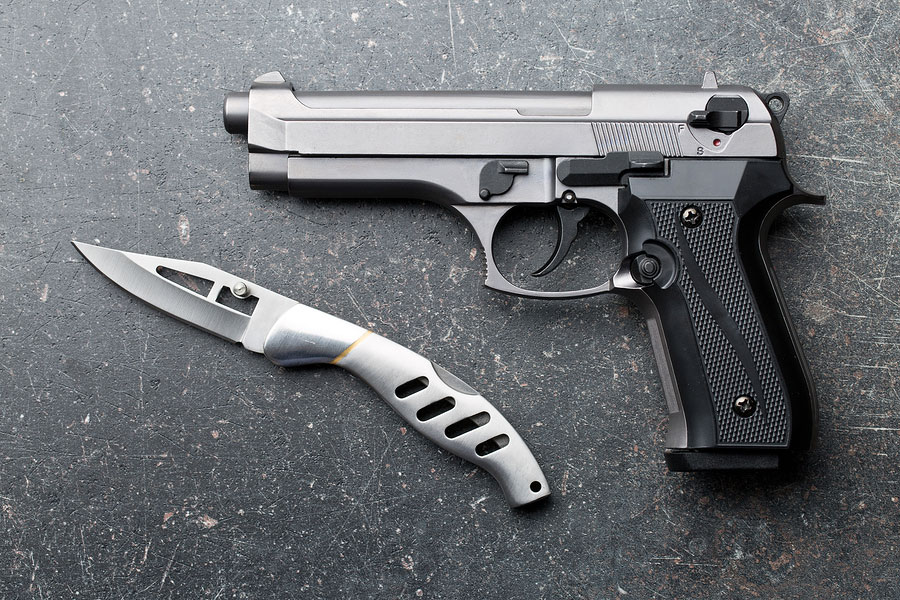 For the word of God is living and active, sharper than any two-edged sword (Hebrews 4:12).

And Joshua stretched out the javelin that was in his hand (Joshua 8:18b).

What Is a Weapon?

The first definition of "weapon" at Dictionary.Com [1] is

According to this definition, weapons can be defensive or offensive. They may also be melee or ranged, and lethal or less-than-lethal.

The same weapon may be defensive or offensive, depending on the occasion. For instance, an active shooter may use a 9mm Glock as an offensive weapon, and a safety team member could use the same model and caliber as a defensive weapon.

A weapon also can be either lethal or less-than-lethal, depending on intent and how it is used. The classification is usually according to the designed use of the device. Obviously, lethal weapons include instruments of war, such as spears and javelins, swords and bayonets, bows and arrows, grenades and bombs, and firearms. 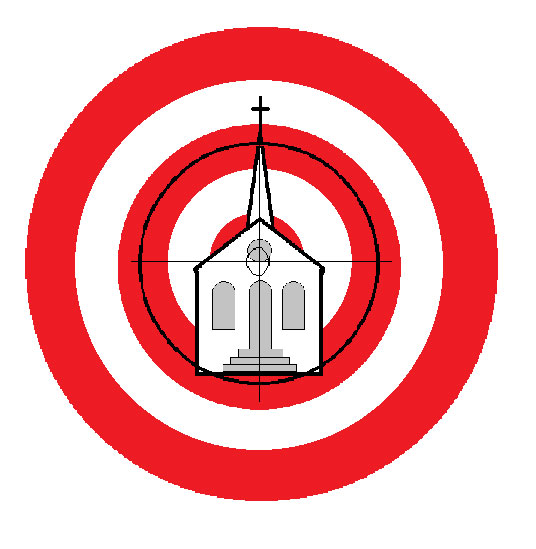 For some time, the security aspect of Church Safety & Security has been a subject of controversy. There are some, especially in pacifist groups, who consider any kind of defensive force as incompatible with Christian teachings. This might have been a reasonable position in an era when places of worship were considered sacred, untouchable for criminals.

Times have changed. Now it is hard to visualize a thief or robber being afraid to violate a church because it was protected by God. Burglars see churches as soft targets. Children are kidnapped from church buildings. Churches are targets of hate crimes, including mass murder. Even groups resistant to church security now accept the fact that the flock needs protection, and the church needs to provide it.

The controversy has shifted to the means and extent of protection. As mentioned in a previous article, some unarmed self-defense moves, such as knockdowns, may seem out-of-place in a church. But on another level, many have drawn the line when it comes to lethal weapons. There's no way - so some say - that the church should be the place for instruments of death. Isn't a church the place for bringing life, not dealing death?

However, attitudes on lethal weapons are shifting, even within pacifist organizations. For instance, Mennonite Mutual used to disallow congregations with armed security. That is no longer the case, since even pacifists want to be safe. Their paper, Guns in Churches: Addressing Church Security Needs, advises churches that use armed security to secure training and certification for any safety/security team member who would be carrying firearms, and posting the congregation's policy for firearms where members and attendees can see it [4].

A lethal attack may be carried out using blunt force weapons, edged weapons, projectile weapons, explosive weapons, and heat weapons. Of these, only the first three types would be suitable as defensive weapons for church security.

Blunt force weapons are potentially lethal weapons. This depends on how the weapon is made and how it is used. Baseball bats can easily be used lethally by battering someone's head, although that is not the intended use of the bat. However, bats are too bulky to carry around. A solid wood or steel baton is more practical, and is designed for police use. Lethality is usually unlikely, though not impossible. Because of their potential for causing serious injury, and even death, batons are regulated in some states and localities [5].

Another defensive option is knives. Unless you are exceptionally skilled at throwing one, a knife is strictly a melee weapon. As such, it is most effective in close quarters, where you can actually make contact with a violent violator. If one has a knife suitable for defense (such as the Schrade SCHA3BS Folding Knife), which can be quickly produced and opened, it may be preferable over a gun, such as when an attacker is on top of you and you cannot draw your handgun.

Firearms are the lethal weapons usually thought of when it comes to security. First made for warfare, then for hunting, they are lethal by design. Since these are projectile launching devices, they are by nature ranged weapons. The natural reason for carrying a handgun is protection against persons with firearms or other lethal weapons.

If you choose to carry a firearm while serving on a church safety team, what type and size is most suitable? This as a double question: What fits you? And what works best?

The firearm should be a handgun you are familiar with, practice with, and can maintain. If conceal carry (CCW), which is recommended for church security (when permitted by law and by church policy), it should be easy to pull out and aim when needed. It should also be accurate enough at 20+ feet and powerful enough to disable a shooter.

Four kinds of firearms for security guards were discussed by Joseph Petrick [6]: Revolver, Austrian Glock, Ruger P, Colt 1911. Other handguns are recommended by various experts. Each model has its own advantages. Several sizes and calibers are available for each. For church security work, Kris Moloney prefers one that is not too bulky, but has enough firepower. As to caliber, it should be at least 9mm. This has enough firepower, and is a close equivalent of the .38 snub used for a long time by police.

Firearms for security are commonly subject to registration, certification, and restriction by states or localities. Before formulating a church policy regarding firearms, find out how state law and local ordinances apply. Among other resources, the NRA has a guide to gun laws by state [7].

Laws regarding weapons can and do change. For instance, Texas had required all security services, even security teams for places of worship, to register to be licensed as such and meet all the qualifications for a private security agency. On September 1, 2017, volunteer church security teams were exempted from this requirement, provided they are not visibly identifiable as "security." [8][9][10]. Unfortunately, many churches did not know of this change in the law. Previously, they had to hire a private security firm if they wanted protection, and small churches could not afford this. In the case of Sutherlin Springs, this change in the law went into effect only 26 days before the attack. The church had not yet set up its safety & security ministry when a gunman showed up and killed half the congregation.

For church safety ministries, a weapon is any object used to defend the flock against an attack. If this a lethal-force attack, using lethal weapons defensively is justified, up to and including firearms. The church needs to set policies and guidelines for the possession and use of these weapons, especially firearms. These policies should take into consideration state laws and local ordinances.

Those carrying and using lethal and potentially lethal weapons should be trained and qualified in their use.