Hold Off, Hold On 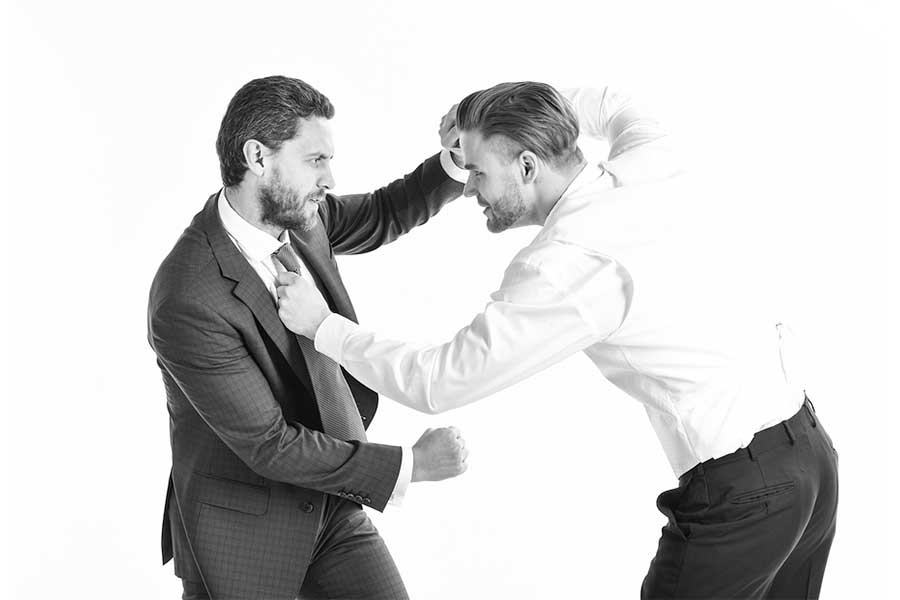 For we do not wrestle against flesh and blood, but against ... the spiritual forces of evil in the heavenly places. ... In all circumstances take up the shield of faith, with which you can extinguish all the flaming darts of the evil one (Ephesians 6:12,16).

Bend, Oregon, August 2018 - The police chief of Bend was on his way to a meeting. He saw a mentally-disturbed man creating a public disturbance. The chief stopped and tried to calm the man. Instead, the man assaulted the chief, first with a drink in a cup. Further attempts to calm the individual failed. The man resisted arrest, striking the chief, who then "Took him into an escort hold, took him into the ground and held him in place on the curb" until other officers arrived. [1]

Hudson, Minnesota, November 20, 2018 - The driver of a car stopped for an "improper turn violation" was evidently under the influence of marijuana. When he refused to exit the vehicle, police used an escort hold to pull him out. A search discovered marijuana and other drugs on his person and in the automobile. [3]

In some situations, we can see it coming. Someone gets red-faced, repeatedly clenching and loosening their fists. Any moment they might take a swing at you or the person with you. You are naturally on guard, on the defensive.

Other times the signs are not so obvious. Unless you are especially observant, you may be caught unaware. Some people do flare up almost instantly, while a few can cunningly mask their intentions until they strike. You cannot always count on a bystander to call out "En guard!" ["On your guard!"] or "Look out!". But we can be alert and watchful when dealing with people, positioning ourselves so we can react defensively if the other person does attack.

In the second news story above, it appeared foolish for the man in the white shirt to look away. He should be thankful his friend was watching and ready. When dealing with someone in a tense situation, we need to be constantly aware of their stance and any changes which telegraph their emotional state and their intentions. Of course, we watch their face and their hands, but also be aware of their feet (by the way, standing far enough back* lets us see their feet without having to totally look down). Shifting a foot may signal that the person is about to swing.

* "6 feet just happens to be the reactionary gap police used for an unarmed combatant. [It] provides enough time to evade or deflect a physical attack." [4][5]

Hold Off (Block That Blow)

We are thrilled when a player on our basketball team blocks a key shot by an opposing player. Even more thrilling is a blocked field goal or extra point kick in a close football game, or a shot blocked by the goaltender in hockey or soccer.

If we are prepared, practiced, and aware, we can have a blocked shot of our own when someone launches a punch or kick. Even if we are unarmed, it is possible to turn aside a slash or thrust with a knife.

There are several ways to block a blow. Some are used in boxing. These and others are used in martial arts. All apply in unarmed self-defense. Types of blocks are: 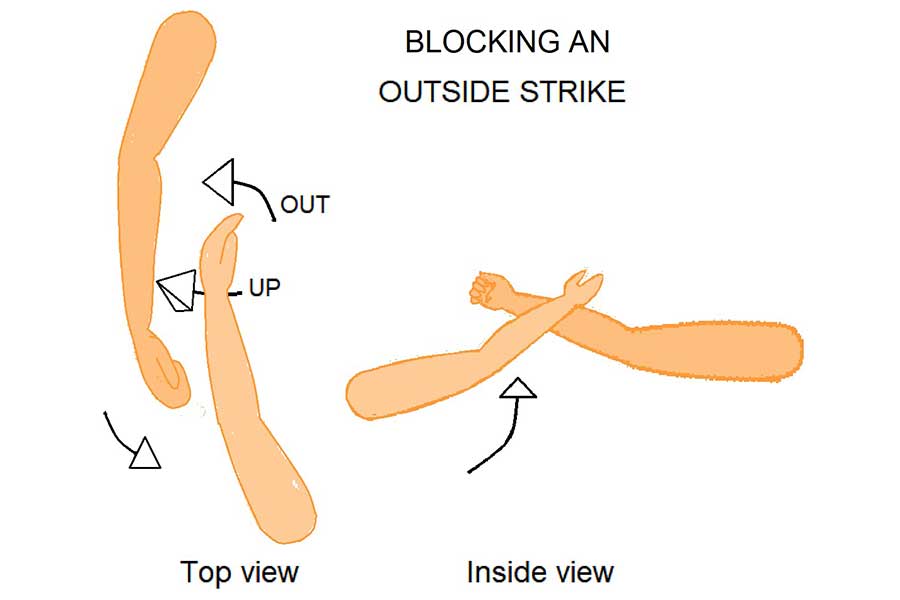 The easiest one to learn and do is the Inside Block. First, it is the easiest to position for. Cupping or folding your hands waist-high while in an interview stance looks natural and is non-threatening. From here they can be quickly raised to block an incoming blow, bringing the hand higher than the subject's arm and moving out, deflecting the blow to one side.

If the subject thrusts through the middle, an outside block will put the fist further across and give you the opportunity to grab the wrist with your other hand.

A high block meets arms and hands coming down from above. Since the subject has to first raise one or both arms, this gives you a little more time to respond.

A low blow may be with arms aimed at the lower torso or feet coming up in a kick. If it is with arms, moving to one side and coming down on the arm may knock the assailant off balance. Blocking a kick often unbalances the attacker.

Parrying is countering a blow with one of your own. Usually this is blocking with one arm/hand and striking with the other. It could be seizing an elbow or wrist to execute a hold while the assailant is committed to a trajectory and cannot change direction. Parrying is often taught in self-defense classes and shown in demos - blocking the attacker's right arm with your left while thrusting your right fist at him/her.

The most used hold in security, law enforcement, and corrections is the Escort Hold (used in two of the above news stories). One form of the escort hold is grabbing one wrist and the opposite elbow. This hold enables the holder and the subject to both walk as the subject is escorted to another area.

Wristlocks and arm locks are compliance holds, using pain and/or immobilization to gain the compliance of the subject. Not recommended for church safety and security teams, unless in a literal life-or-death struggle, are choke holds. Even highly-trained law enforcement officers can accidentally cause serious injury or death.

If verbal de-escalation does not work and the subject takes a swing at us, we must be ready to hold off the blow, then hold on to bring the situation under control.

Other articles in this series concern situational awareness, safe distances and stances, takedowns, and training.