Get the Message, Get Out 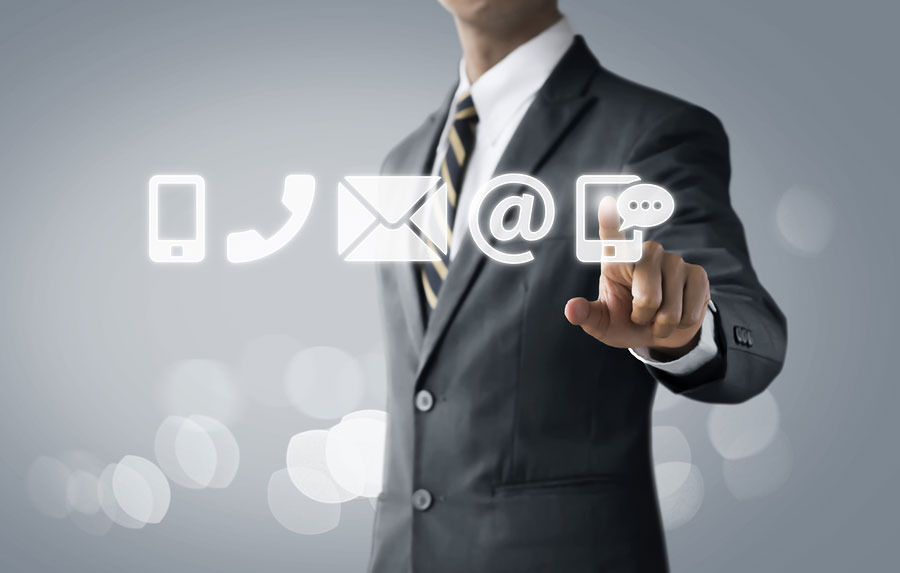 Gearing Up for Safety

A Signal for Coordinated Action

A Call for Help

And the men of Gibeon sent to Joshua at the camp in Gilgal, saying, "Do not relax your hand from your servants. Come up to us quickly and save us and help us" (Joshua 10:6).

"Now therefore send quickly and tell David, 'Do not stay tonight at the fords of the wilderness, but by all means pass over, lest the king and all the people who are with him be swallowed up'" (2 Samuel 17:16).

Warn the nations that he is coming; announce to Jerusalem, "Besiegers come from a distant land; they shout against the cities of Judah" (Jeremiah 4:16).

A Call to Evacuate

So Lot went out and said to his sons-in-law, who were to marry his daughters, "Up! Get out of this place, for the Lord is about to destroy the city" (Genesis 19:14).

Now the son of Paul's sister heard of their ambush, so he went and entered the barracks and told Paul. Paul called one of the centurions and said, "Take this young man to the tribune, for he has something to tell him" (Acts 23:16-17).

Southwest Ohio, Memorial Day, May 27, 2019 - As a storm system was developing, the National Weather Service issued tornado watches for a large swath extending from Southeast Indiana through Southwest Ohio. The watches became warnings, and people in the targeted areas sought shelter. At least 20 tornadoes, including several strong ones, pounded the area from Dayton to the center of Ohio, inflicting widespread damage. Thanks to heeded warnings, there was only one fatality when a car was picked up and dropped on a home. [2]

New Orleans, August 29, 2005, and following days - When category 5 Hurricane Katrina hit New Orleans, several levees were breached, unleashing massive flooding in the city. Helicopters were used to evacuate hundreds of patients from hospitals. Through heroic efforts of staff and volunteers, most patients made it, but many did not. [3]

Communication - Key to Information and Coordination

Communication is the key to several functions of a Church Safety Team. Team members need to be in touch at all times, whether it is routine business or a dire emergency. Other than face-to-face conversation, we need tools to communicate. Some of the applications of communication are intra-team interaction (routine operations, calls for assistance, team notification, coordinating emergency responses), mass notification, alerts (watches and warnings), and communicating with authorities and emergency services.

For thousands of years, people have used means of projecting their voices over extended distances. The simplest has been cupping one's hands around the mouth, followed by various forms of megaphones. Beginning with the telegraph, we have had ways of communicating in real time beyond the range of a megaphone, and without shouting. With radio, microwave, laser, and infra-red technology, we no longer have to be connected with wires.

To work together as a team, we have to communicate. This begins with recruitment, the application process, orientation, instruction, and assignment. Most of this is face-to-face, by telephone and email, and through written materials. The supplies for paperwork in this area are covered under "Basic Supplies - Office" in another article in this series, "In Your Hand."

Two-way radios are the recommended means of intra-team field (on-the-job) communication. This can be across the room (if you don't want to be loud or discretion is desired), throughout the building(s), or in an extended area (these radios are effective over several miles). The Sheepdog Church Security (SDCS) Store has two two-way radios by Midland, the GXT1000VP4 and the MXT115.

The GXT1000VP4 [4] is a walkie-talkie GMRS two-way radio with 50 channels. It has a range of up to 36 miles, 142 privacy codes, and a NOAA Weather Scan with alert. The batteries are rechargeable. It is available in a 3-pack, as a pair, or as single units for adding to the system. The handset can be clipped onto a belt. These belong to the Church Safety Ministry and are picked up at the beginning of a shift and turned in at the end.

The use of headsets is recommended for privacy and for not disturbing services, classes, and events. Also on the SDCS Store is the Midland AVPH3 Transparent Security Headsetwith PTT/VOX [5], available in pairs. Also on hand is a 3-pack of Semi-Custom Open Ear Inserts [6]. These are configured for the right ear and come in three sizes (Small, Medium, Large). Besides replacing worn-out earpieces, they may provide the right size if the one coming with the headset is too large or too small.

Especially for a Safety Director or Safety Team Leader who needs to be available even when not at the church is a mobile radio. The MXT115 MicroMobile Two-Way Radio [7] can be used in a vehicle, in another location, or set in the office as a base station. It has a push-to-speak speaker/microphone. The external antenna has a magnetic mount. The MTX115 has 8 repeater channels, 142 privacy codes and a NOAA Weather Scan with alert.

In emergencies requiring evacuation, sheltering, or staying in place, we need a means of notifying all involved. Sometimes we need to call for specific persons or groups, such as physicians or nurses on the premises during a medical emergency. Some of the systems used for this are intercoms, public address systems, and internal telephone systems. Individual classes, such as those for young children, could have two-way radios on channels separate from intra-team communication. That way a team member could alert the nursery attendants (for instance to the presence of a non-custodial parent).

If services and events are changed or canceled, the church needs a way to notify all members which is faster than calling everyone in the church directory one-by-one. Suppose you need to call all the Safety Team members? Or a road near the church is closed, necessitating detours for some members. Notification systems can be configured for those needs. A fairly new notification service specifically designed for use by worship communities is Alert.Church [8]. Specific church members, such as medical professionals, could be notified of a need, choir members could be reminded of a special rehearsal, etc. And it is super easy for people to be added to the call list.

True as ever is the saying, "Forewarned is forearmed." This includes severe weather and hazardous conditions. Church Safety Team leaders could have local law enforcement alerts on their mobile phones or have emergency band scanners. For being alert to developing weather conditions, the best option is a weather radio. The Midland WR300, Deluxe NOAA Emergency Weather Alert Radio [9] is on the SDCS Store. It has S.A.M.E. (Specific Area Message Encoding) localized programming (including civil dangers), plus over 60 emergency alerts, an alarm clock, and an AM/FM Radio. The GXT1000VP4 and MXT115 (above) have NOAA weather scanning, but civil alerts are a plus. Sitting in the office where anyone in there can hear it means it can be used during office hours if no Safety Team members are present.

Church landline or VOIP telephones, emergency services radios, and cell/satellite phones can be used to send and receive calls to/from local emergency services, including law enforcement, fire departments, emergency medical responders, hospitals, and utilities. This is important not only for notification of an emergency, but also for updating authorities on a situation, such as an active shooter attack. First, program not only 911, but specific emergency numbers for speed dialing on mobile phones and the office phone. That way, when a situation changes, you can contact the responding service directly. Coordination is better when the responders know what to expect.

As a general rule, not everyone can get out on their own when there is an order to either evacuate the building (as with a fire) or to move to shelter (as in case of a tornado). Some will need help, such as the very young and the mobility impaired. Jesus not only said to pray that the need to evacuate Jerusalem would not come during winter (Matt. 24:20), but also said that it would be very difficult for those who were pregnant or taking care of infants (v. 19). Evacuation is much harder for some than for others. There is equipment to help with these situations. Three of these items are in the SDCS Store.

When moving several young children, it can be a challenge to keep them all together heading the same direction. Most of us have seen teachers and their assistants leading a bunch of toddlers or kindergarteners up the street with all of them hanging onto a rope. That is the concept of the Brand New World WR99 Safety Walking Rope [10]. It has a handhold loop on each end and six pairs of handhold loops along its length, enough for two leaders and twelve children.

What about those who are too young to walk or to walk well enough to keep up? The Condo Metal Evacuation Window Crib by LA Baby [11] has wheels which can be locked for keeping the crib in one place and unlocked for moving it. An occupied crib can be rolled out the door and down the hall to head either outside or to the designated safe area (storm shelter).

Mobility-impaired and injured persons also need help evacuating or going to shelter, especially if the route goes up or down stairs. The LINE2design Stair Chair [12] is designed for this. Anyone who has helped get an ordinary wheelchair up or down stairs will appreciate this. First of all, it is a wheelchair which can be rolled through a hallway. It also has extendable low-set side rails so someone in front can help carry it down stairs walking forward. If they have to go up stairs, the person holding the extended rails follows. The Stair Chair has retaining straps for the safety of the occupant.

Stretchers are valuable for moving people who cannot even sit up. There are several kinds of stretchers listed on Amazon [12][13]. Those with poles extending from each end can be used by two persons. They are narrower, making it easier to go through hallways and doors. Those without poles are less expensive and can be stored more easily, but they are harder to move through narrow passages and usually need more carriers.

For those who just need assistance in walking, there are buddy (walk-along) straps. These enable a helper to keep the person upright while walking with him or her.

Other articles in this series are "Read Up, Put On" (manuals and clothing). "In Your Hand" (tools for safety ministry), "Defensive Gear" (lethal and less-than-lethal weapons), and "Trained and Certified" (getting trained, qualified, and certified for using needed equipment safely and legally).