An Introduction to Use of Force:
General Issues and Citizen's Arrest 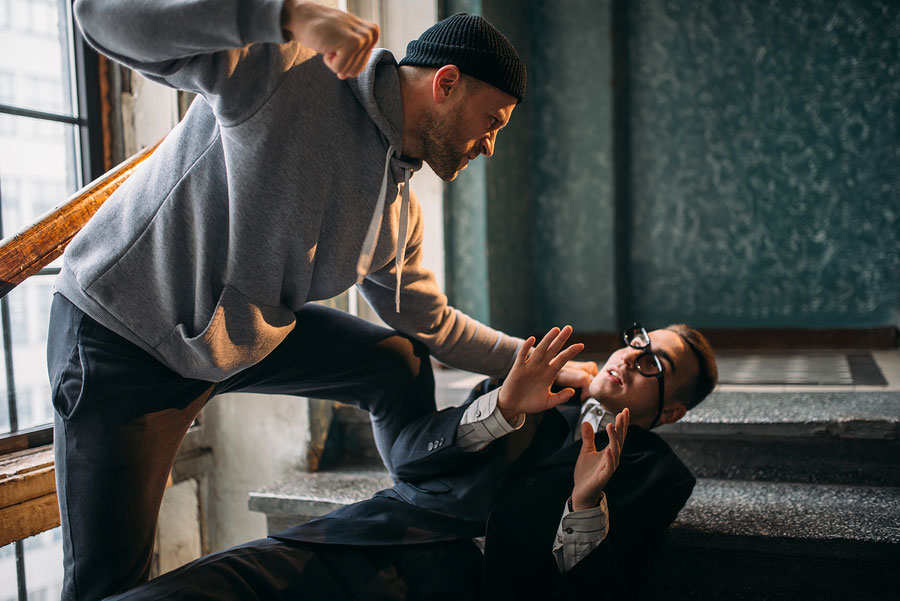 My God, my rock, in whom I take refuge, my shield, and the horn of my salvation, my stronghold and my refuge, my savior; you save me from violence (2 Samuel 22:3).

Citizen's Arrest – And Elijah said to them, “Seize the prophets of Baal; let not one of them escape.” And they seized them. (1 Kings 18:40)

Headlines from a Ten-Year Period

2007 - A young man attacked a Christian ministry and a church, killing four persons and wounding five before killing himself. He had previously been associated with both.

2012 - A mentally ill former employee killed the person leading prayer at a church in Georgia.

2014 - Three Christians were shot and killed by a Neo-Nazi outside two Jewish centers in the Kansas City metropolitan area.

2015 - A young man with White supremacist sympathies shot and killed nine persons at a Bible study in an African American church.

2016 - An argument over a pew led to a fatal shooting at a church in the Philadelphia area.

2017 - On Sunday mornings just seven weeks apart, a former member killed one person in an attack on a Tennessee church, and domestic violence led to the killing of 26 persons in a small-town Texas Church.

Last year was notable in one respect. Violence in churches appears, so far (awaiting a final tally), to have resulted in fewer fatalities than in any of the previous four years. However, even this relatively safe year had its notable tragedy in October when an anti-Semite opened fire in a Pittsburgh synagogue during Sabbath services, killing eleven members and wounding four responding police officers.

This was in contrast to the previous year. In 2017, 118 people were killed by violence in places of worship in the United States, making it the deadliest year for churches in U.S. History. Also in 2017, six were killed and 19 wounded in an attack on a mosque in Quebec City, Canada,

Before we jump to conclusions about racial/ethnic/religious hatred being the greatest threat, in most years the majority of church killings result from personal issues, arguments, robbery, and domestic violence combined than from bias. For example, the worst mass murder in a U.S. church (26 in Sutherlin Springs) was a spillover of domestic violence by an individual with a violent history.

The quick and easy answer of many for how to address violence in churches is to meet force with force. But this is too simplistic, and in some cases dangerous. Our primary responsibility in church security is to protect the flock. And preventing violence whenever possible is the best way. But when violence is imminent or in progress, we must be ready to stop it. This brings up questions of when and how to use force in defending the congregation.

What's in a Name?

Security bears a narrower connotation in most minds:

As with all topics in this series, it is critical that you know you state laws regarding use of force and related issues.

Safety means that our goal is the well-being of the church's members and guests. Security is a part of safety, so this is a more inclusive designation. In some churches a Safety Team will have more support and less pushback than a Security Team. One alternate name (among others) is Eyes and Ears. In this series, we use Safety Team.

Restraining an unruly individual may prevent violence. But it is not that simple, because any restraint of a person may be seen as a Citizen's Arrest, and that has legal implications.

Just a note: Even though characters in movies and television shows make citizen's arrests, their way of doing it is not always legal. So don't pattern yourself after Joe Gogettum on the screen.

Legally, what is a Citizen's Arrest? Technically, in most states an arrest is "taking the person into custody so they may be held to answer for a public offense," usually by a law enforcement officer (LEO) [1]. Under certain circumstances, an arrest may be made by a private citizen in the absence of a sworn officer, thus it is a Citizen's Arrest. State laws govern how and when this may be done.

Most Church Safety Team members are not LEOs operating on duty in their jurisdictions, and so are private citizens Therefore they are subject to their state's laws concerning Citizen's Arrest. Before attempting an arrest, consider whether it is really needed to protect the flock. If people are protected and the situation can end without an arrest, then let it be. If a crime is committed and the offenders are identified, the police can take over.

When a Citizen's Arrest May Be Made

However, there are situations when an arrest has to be made. More data is in the Training Course [1], but here is a brief:

Laws on Citizen's Arrest vary somewhat by state, but generally an arrest may be made:

*A violation of the law, including petty theft, which is punishable by a fine, imprisonment, or both.

**The arresting citizen must be certain that a felony was committed and that the suspect committed it.

In the event of an arrest, certain conditions have to be met:

After turning the arrestee over to the authorities, make out a full incident report. During the police investigation, turn over any evidence you have of the crime, including surveillance photos and videos and names of witnesses.

Going back to ancient times, authorities and their deputies have ordered private persons to pursue and arrest subjects, especially those fleeing. That's what happened in 1 Kings 18 when Elijah ordered the people to seize the prophets of Baal. He couldn't arrest all 450 single-handedly.

A peace officer or a judge can order you to make an arrest. Refusing to help an officer when "lawfully directed" to do so is a misdemeanor. For example, you are in court, sitting by the aisle, and the defendant makes a run for it. The judge and/or the bailiff shouts, "Seize him!" Since the escapee is coming past you, it is your duty to try to stop him.

The training course has a few scenarios illustrating situations in which you must decide whether or not to make a citizen's arrest. Here are a few considerations:

The level of restraint

Physical restraint is not required to constitute an arrest. If the subject willingly obeys a command to stop and wait for the police, that is called an arrest.

Has the subject committed a felony?

You should be entirely sure that a crime was committed. If not, the arrest is not legal, but is false arrest with both criminal and civil consequences.

Is an attempt to arrest worth it? What matters most to you as a Safety Team member is the safety of the people. They are worth more than money or things. If a thief gets away, but you have a description and surveillance footage, the police can look for the suspect. Then too, sometimes organized criminals use decoys to draw guards away so others can take advantage of a gap in security - don't fall for the bait.

More on the Topic

There is a lot to cover on Use of Force. More is in the other articles in this series, including the use of force, the Continuum of Force, and the aftermath of force.

Sheepdog Church Security, TrainingCourses, "Protecting Yourself and the Church with Use of Force Laws" -