Preventing and responding to child abduction at the church 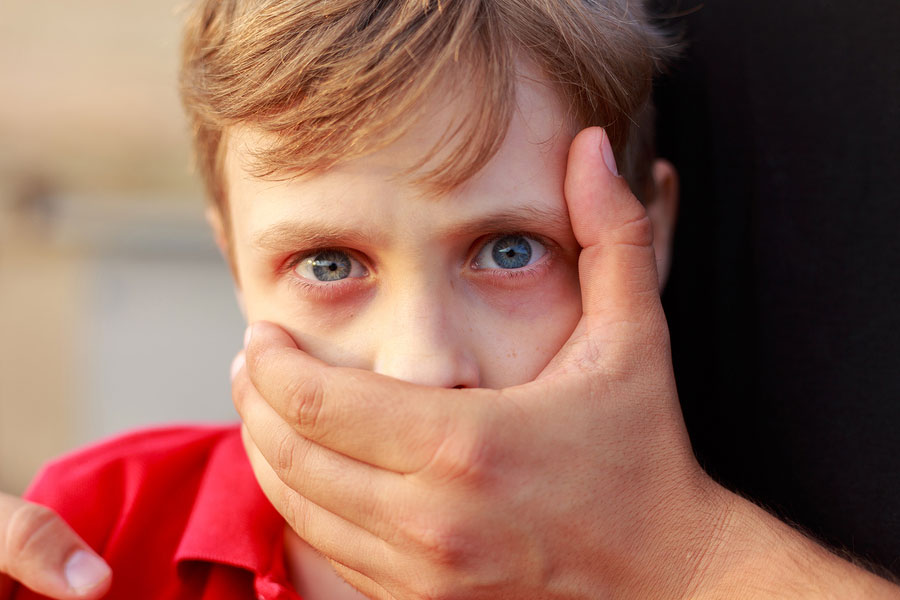 “Whoever receives one such child in my name receives me, but whoever causes one of these little ones who believe in me to sin, it would be better for him to have a great millstone fastened around his neck and to be drowned in the depth of the sea.” ~ Matthew 18:5-6

If a man is found stealing one of his brothers of the people of Israel, and if he treats him as a slave or sells him, then that thief shall die. So you shall purge the evil from your midst. ~ Deuteronomy 24:7

It is devastating to parents to learn that their child has been kidnapped. It is made worse to find out it was from a place where they are supposed to be safe, such as a school, day care center, or church. In this case it can also be traumatic for the institution.

The first biblical passage above was cited by a congregation in Edmonds, WA, in its "Safe Church Policy for the Protection of Children, Youth and Vulnerable Adults."[1] We, as a church, are responsible for the safety of children in our care, including prevention of kidnapping.

Kidnapping was recognized early in the Old Testament. In the Law cited above, it was a capital crime to kidnap another Israelite to sell as a slave. If this law had applied at the time, Joseph's brothers could have faced the death penalty.

In an infamous case from over 60 years ago in1953, 6-year-old Bobby Greenlease was kidnapped for ransom from a Catholic school in Kansas City, then murdered.[2] In a more recent case, not as well-known, three teenage girls took a 1-year-old from a church day care center.[3] Cases like these make it clear that schools, day care centers, and churches must do what is necessary to protect children who are in their care and on their premises. Church safety and security ministries need to be involved in protecting children from kidnapping. If a church has a day care center and/or a school, these must be covered too.

Prevention of kidnapping is less costly and less painful than dealing with it after it has happened. In the case with the three teenage girls, the church lost a lawsuit for breach of contract and not following policies.

The headline in the title is the exception rather than the rule for most abductions. Why? Unlike the cases cited above, most of these are parental kidnappings, and these do not garner the same media attention. Also, an Amber Alert is not likely to be issued unless authorities believe the child is in danger. But abduction by strangers and acquaintances may also happen.

What is a "parental kidnapping"? It is the taking of a child by a non-custodial parent in violation of court determined custody arrangements. This is especially true if the intent is to deprive the custodial parent. This can be too easy for a parent to do. First, the child already knows the parent and may not be alarmed. Second, the parent knows where the child is when the other parent is not there. Then, identifying themselves as a parent gives them access.

"But we are a church," some will say. "Good Christians won't be trying to steal children." How about the single parent who brings her boy to Sunday School. While she's in an adult class her ex may come in, give the primary class teacher or nursery attendant a story, and take his son "to his sick grandmother."

Or the custodial father drops MaryLou off at the church's day care center while he goes to work. Mom shows up, takes MaryLou and drives to another state.

In an example of stranger abduction, children are out in the church's play area. Joe Bummer parks on the street, walks over to the play area, and talks to a child. She goes with him to his car and they leave.

Several things can be done to prevent kidnapping in a church and in any day care center or school it operates. A church security assessment can identify where the church is vulnerable for kidnappings. These could be in policies & procedures as well as in physical design. If the right policies and procedures are in place, see how well they are being followed.

The first step in prevention is to recognize the possibility that a kidnapping could be attempted. It is naïve to think, "It can't happen here." If there are children present, someone may want to take them. It could be a stranger or a parent. It could even be one of the child care workers.

Setting and following policies can discourage kidnapping. Among these are selection and training of staff and volunteers working with children and youth, having at least two responsible adults with children at all times, having enough persons for the number of children present, identification of parents/guardians with their children, restroom procedures (no child alone), and others. Failure to establish and follow procedures can leave the church legally liable.

If a parent reports threats or prior attempts to abduct a child, pay attention, record the report, and alert the staff.

The church building itself should enhance security. A few ways are keeping child care areas visible, restricted access (such as a reception counter), separate restroom(s) for the nursery and children's Sunday School, and video security cameras.

If someone suspicious tries to take a child, call the custodial parent and/or report this to the church's Security Director or pastoral staff. If these are not close or present, call law enforcement. If a child is taken, call the police immediately.

Don't take it for granted that a kidnapping won't be attempted in your church, day care or school. Prepare to prevent abductions and respond to attempts. There are several resources online for how to prevent or respond to kidnappings, including Sheepdog Church Security's downloadable training packet Child and Vulnerable Adult Protection.

[3] Hammer, Richard R., "Clergy, Church, and Law: Reducing the Risk of Kidnapping", Enrichment Journal, Copyright 2016 by The General Council of the Assemblies of God.