A Matter of Law

Use of Force Laws and Church Security 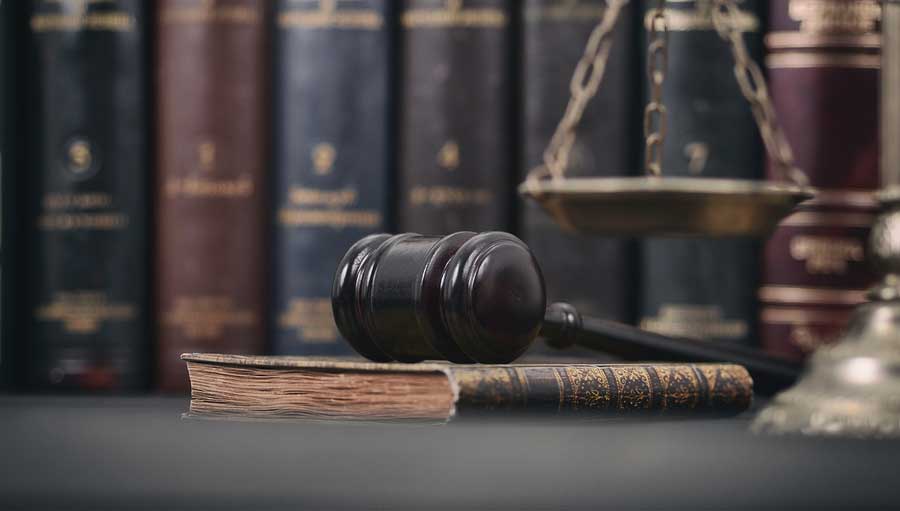 Force Not Used – Then the captain with the officers went and brought them, but not by force, for they were afraid of being stoned by the people (Acts 5:26).

Force Used – And when the dissension became violent, the tribune, afraid that Paul would be torn to pieces by them, commanded the soldiers to go down and take him away from among them by force and bring him into the barracks (Acts 23:10).

Excessive Force –Thus says the Lord: “... I will not revoke the punishment, because he burned to lime the bones of the king of Edom" (Amos 2:1).

In Amos's prophesies against six Gentile nations (Amos 1:3-2:3), each denunciation named an excessive use of force or a violation of human dignity.

February 16, 2018, Austin, Texas - Two police officers responding to a shooting used a stun gun on a person in the crowd who failed to exactly obey police orders. The suspect was under the influence of drugs at the time. The officers were later tried for excessive use of force but were acquitted. [2][3]

February 22, 2015, Sacramento, California - A man who was drunk wrestled with a security guard who confronted him outside a convenience store. The guard, who sprayed Mace and fired a taser three times, then shot the suspect to stop him. In November, the wounded suspect sued the guard for excessive force. [4][5]

Use of Force as a Matter of Law

Federal and state laws regulate the use of force within their jurisdictions, defining the lines where the force used is justified and where it is excessive. These laws are clarified by court rulings, often prompting further clarification through legislation. Public opinion then leads to changes in the law, in most (but not all) cases making it more restrictive. This continuing process makes one thing clear: For law enforcement, professional security, institutional security, volunteer defensive teams, and personal defense, the Use of Force is a Matter of Law. Thus, it is imperative that we know and remain up-to-date on our state's laws regarding the use of force.

Here we are discussing the use of force and the law as it relates to church security, in other words how it affects those in church safety ministries, but we should first take heed to how it has been applied to law enforcement since this illustrates how the courts view the use of force. Here are four court cases cited by Wikipedia [6]: Tennessee v. Garner (1985), Graham v. Connor (1989), Nelson v. City of Davis (2004), and Plumhoff v. Rickard (2014).

Garner, a suspect fleeing the scene of a burglary in Memphis was shot and killed by one of the responding police officers when he did not stop as ordered, even though they knew he was unarmed. The U.S. Supreme Court invalidated the Tennessee law which sanctioned this, ruling that deadly force should only be used when the officers or the public were endangered with death and/or great bodily harm. [7]

Graham, a diabetic sensing an oncoming insulin reaction late at night, rushed with a friend to a convenience store to buy orange juice. The store was crowded, so he rushed out to the car and they drove quickly toward the friend's house. Connor, a Charlotte police officer, became suspicious of observing the hasty entrance and exit of the store. He followed and stopped the car, and asked the occupants to wait while he called the store to find out if they'd been robbed. Graham exited the car, ran around the car, then sat on the curb. Connor wrested and handcuffed Graham, who was injured in the process. Graham sued.

The Supreme Court ruled that under the circumstances - what appeared to be theft - followed by Graham's apparently erratic action, the officer had immunity from liability. [8]

Police were called to remove non-residents from a disorderly college student party in an apartment complex. Officers in riot gear surrounded the complex outside. Officers going in convinced non-residents to leave. As they were leaving, the riot police fired on them with pepper balls. Nelson, a student, was hit in the head with a pepper ball, which caused injuries to his eyes resulting in permanently impaired vision, causing him to lose his scholarships and leave school. He sued.

The 9th District US Circuit Court of Appeals ruled that the police should not have fired upon those who were peacefully leaving and posed no threat of danger to the police or anyone else. They further said that "Pepperball projectiles, which combine pepper spray and concussive force, 'merely combine two types of force that we have already recognized as unreasonable when aimed at individuals who pose no threat and have committed, at most, minor offenses.'" [8]

Rickard, a driver under the influence of intoxicating substances, fled the scene of a traffic stop, led police on a high special chase, spun out in a parking lot, then took off again, hitting police cars and other vehicles, barely missing officers on foot. Police fired at his vehicle, fatally injuring him. Rickard's family sued the police for damages, claiming excessive use of force. The US Supreme Court ruled that the actions of the suspect continued to pose an active danger to the public as well as the police, justifying the use of deadly force to stop him. [10]

Another article in this series - "Countering Violence" - addresses Citizen's Arrest: The restraining and holding of a suspect for delivery to authorities. The use of handcuffs during a citizen's arrest crosses over into the question of whether the force used is justified or excessive. As in so many issues, this depends on the situation and the relative sizes and capabilities of the participants. The Sheepdog Church Security training course "Protecting Yourself and the Church with Use of Force Laws" [1] covers the use of handcuffs and related restraints.

Since we do not want to be using excessive force, the best practice in executing a citizen's arrest is using prudent self restraint.

For compliant low-level offenders, verbal commands should be sufficient - no need for cuffs. If a petty thief walks off before law enforcement arrives, give them the name (if you have it), description, which way the suspect went, etc.

How to Use Force Legally

We want to be 100% legal in our use of force while protecting those in our churches. Therefore we need to know the laws which apply to us in church safety ministries. Unless our church is on federal land, the laws that apply are state laws, and these laws vary by state, so we should learn what the laws are in OUR state.

Additionally, we need to be aware of changes in the law. Two examples from 2017:

A Texas law, Senate Bill 2065, went into effect on Sept. 1, 2017, only 25 days before 26 persons were killed at a small church in Sutherland Springs. The law enables volunteers to provide security services without licensing (under certain conditions) at places of worship. [11]

On June 9, 2017, Florida Governor Rick Scott signed a bill into law which made changes to the state's Stand Your Ground Law. [12]

Case law determines how Use of Force laws are interpreted and applied. Most of us do not have the time to research and review case law, but lawyers and insurance companies do, so we should ask them for advice.

The basic principle for reasonable and legal use of force is this: use only the amount of force necessary to protect yourself and others. Force is not always physical force, as most see it. When we cover the Continuum of Force, we'll see non-physical force at work.

According to the Sheepdog Church Security training course, "We must always remember that our intent is never to cause harm and to use the minimum amount of force we have to use to keep everyone safe, regardless of what we may be legally allowed to use." [1]

Laws Regarding Use of Force in Defense

State law defines the kind and amount of force which may be used in defending others and one's self. These laws fall into four categories: Duty to Retreat, Castle Doctrine, Stand Your Ground, and Common Law. Practically, these laws only apply as a defense to a charge of murder or manslaughter if one is arrested. And using force qualifies as "defense" only when protecting yourself or others.

Duty to Retreat laws state that if threatened or attacked, you must first retreat, seek to escape, before forcefully defending against the attacker. One exception is in the case of a sudden attack when there is no time for or means of escape. State laws and state case law vary on the definitions and applications of these laws. For instance, if you are in Washington, D.C. or Vermont, you must first try to escape an attacker, even in your own home. On the other hand most of the states with a Duty to Retreat law apply it only when you are in public. In your own home, they have the Castle Doctrine.

The Castle Doctrine derives from the old concept that "A man's house is his castle." This means persona have the right to defend themselves from attack in their own homes. In most states, the force used must be reasonable. Several laws apply some clarifications as to the extent of the home, whether this is strictly inside, or whether it extends to the porch, etc.

Some states still have only Common Law (inherited from the British) to govern self defense. This is usually interpreted as a Castle Doctrine plus a form of Stand Your Ground. The actual application of Common Law to defense depends on case law, especially within your state.

Other articles in this series cover Citizen's Arrest, the Use of Force Continuum, the Use of Weapons, and the Aftermath of Force.